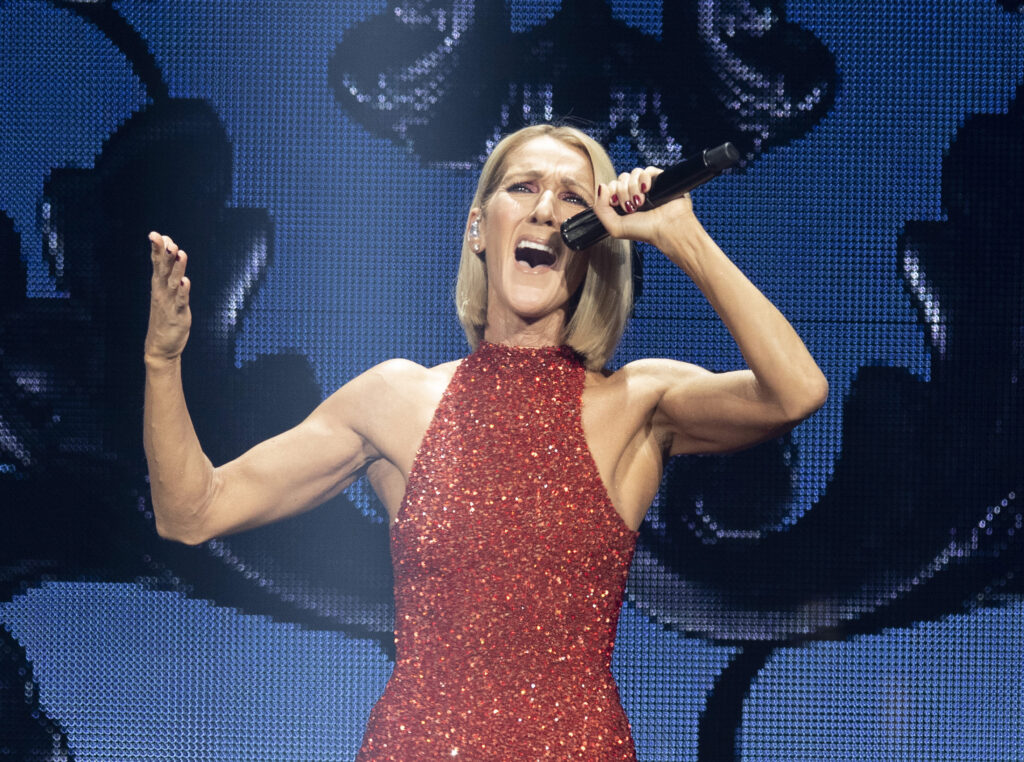 Céline Dion revealed Thursday morning that she’s been diagnosed with Stiff Person Syndrome, a rare and incurable neurological disease that can cause debilitating muscle spasms. In a tearful video posted to her Instagram account in both English and French, the Canadian singer said her condition would force her to postpone and cancel a series of upcoming concert dates. The Associated Press has the story:

Celine Dion has put a halt on all performing after being diagnosed with a rare neurological disorder.

In an emotional video messages posted in French and English on Thursday on Instagram, Dion said stiff person syndrome was causing spasms that affect her ability to walk and sing.

“Unfortunately, the spasms affect every aspect of my daily life, sometimes causing difficulties when I walk and not allowing me to use my vocal cords to sing the way I’m used to,” she said.

Dion said she had no choice but to postpone her “Courage” tour, which was to restart in February after several delays. Her spring 2023 shows have been moved to 2024 and her summer 2023 concerts have been canceled.

“I miss seeing all of you, being on the stage, performing for you. I always give 100% when I do my shows, but my condition is not allowing me to give you that right now,” she said.

Stiff person syndrome causes rigid muscles and painful muscle spasms, which can be triggered by such things as loud noises or light touch. The cause isn’t known but it is thought to be an autoimmune disorder. Severe cases can cause difficulty walking and hunched posture.

Dion, who has five Grammy Awards and two Academy Awards, is the best-selling female artist of all time with hits like “I’m Alive” and “My Heart Will Go On.”