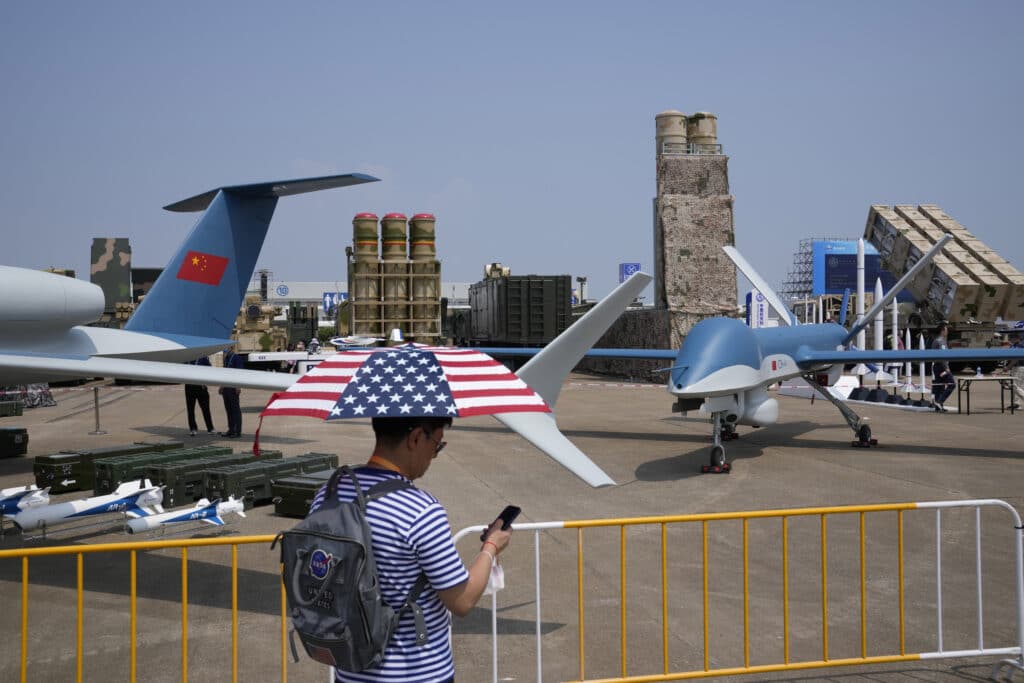 Despite trying to blame the Trump administration for the current woes with China, Biden’s team had to admit the previous president made some good points, such as the treatment of Taiwan, and trade issues with Beijing. Anytime the two sides can sit down, and talk is progress considering the divide politically and socially the two countries have between them. The Associated Press has the story:

BEIJING (AP) — In a relationship as fraught as America’s and China’s, just an agreement that talks were productive was a sign of progress.

Nine months into Joe Biden’s presidency, the two sides finally appear to be trying to ease tensions that date from the Trump administration — though U.S. complaints about Chinese policies on trade, Taiwan and other issues are little diminished.

A closed-door meeting in Zurich on Wednesday between senior Chinese foreign policy adviser Yang Jiechi and White House national security adviser Jake Sullivan was not accompanied by the public acrimony on display at earlier meetings.

After the six-hour talks, the U.S. disclosed an agreement in principle for a virtual summit between Biden and Chinese leader Xi Jinping by the end of the year. The two have talked by phone twice since Biden became president in January but not held a formal meeting.

Major differences divide what are by many measures the world’s two most powerful nations as they jostle for what each sees as its rightful place in the world order. Some differences over regional security and trade and technology may be irreconcilable, but successful talks could manage them and prevent any spillover that impedes cooperation in other areas such as climate change.

“I don’t think this marks the turnaround and somehow we’ll have a golden era, but maybe we’ve found the floor, or a floor, in which the relationships won’t sink any deeper,” said Drew Thompson, a former U.S. defense official who managed military-to-military relations with China, Taiwan and Mongolia.

Thompson, a visiting fellow at the National University of Singapore, said the meeting in Zurich went “spectacularly well” compared to a March meeting in Alaska that Yang and Sullivan attended and other U.S.-China meetings in the last three years.

Zhao Kejin, a professor of international relations at Tsinghua University in Beijing, described the current direction as an attempt to ease tensions and said a Xi-Biden meeting could cap those efforts.

“Compared to the tense relations during the Trump administration, the current relationship is moving toward mitigation,” he said. “As far as how far it will move, we will wait and see.”

One thorn in the relationship was removed two weeks ago when U.S. prosecutors reached a deal with a Chinese telecom executive that brought an end to prolonged extradition proceedings in Canada and allowed her to return to China.

Shortly after, two Canadians held by China for more than two years were released, and two Americans who had been blocked from leaving China were allowed to return to the United States.

And earlier this week, Chinese state media highlighted remarks by Biden’s top trade official, Katherine Tai, that she plans frank conversations with her Chinese counterparts on resolving a tariff war. The U.S. administration, though, has not said whether it will accede to Chinese demands to roll back the tariffs, which were levied under former President Donald Trump.

There is little sign of any easing up in regional security, where China’s territorial and strategic ambitions in the western Pacific are running into pushback from the U.S. military and its allies.

China flew a record number of military planes south of Taiwan over a four-day period in the past week, which the U.S. called risky and destabilizing. The flights came as the U.S. and five other countries carried out joint naval maneuvers with three aircraft carriers northeast of Taiwan. China describes such exercises as a provocation.

Biden is also under pressure from human rights activists and Republicans to maintain a firm line on China even as his administration seeks cooperation on climate change and on getting North Korea to end its nuclear weapons program.

U.S. Sen. Marco Rubio, a Florida Republican and frequent critic, tweeted Wednesday that Biden is “dangerously delusional” if he thinks he can get a climate deal by playing down “great-power competition” with China.

Beijing residents were cautious about the future of relations, but some said it is better for the two sides to be talking than not. They blamed a hostile U.S. stance for the state of relations, echoing the position of the Chinese government.

“I don’t have a good impression of the U.S.,” said He Taiqin. “I feel the country is overbearing and aggressive.”