Chinese military aid for Russia, how plausible is it? 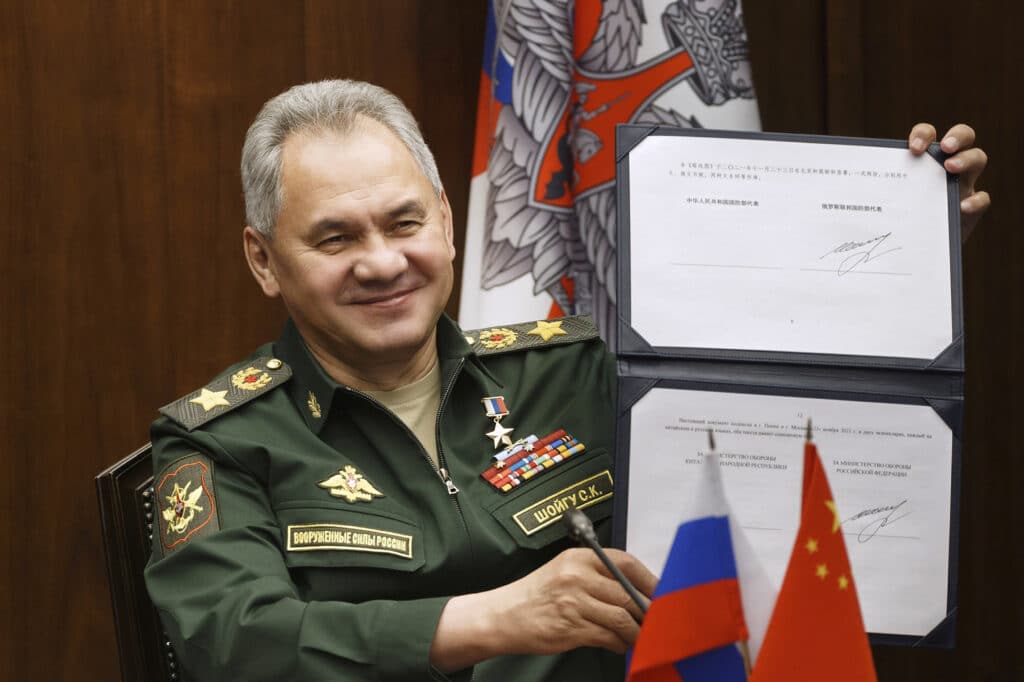 This has been a big question in the worlds mind right from the start of the first Russian soldier stepping foot into Ukraine, as The U.S. has claimed that Russian President Vladimir Putin has asked the Chinese government for help in Russia’s assault on their neighbor. Both Moscow and Beijing deny the allegations (no surprise there) but, the idea is sound especially given the fact that the Ukrainians have whipped the Russian military to an almost standstill. As reported by the AP:

An unnamed U.S. officials said that Washington had determined that China had sent a signal to Russia, that they would be willing to help

BEIJING (AP) — The U.S. says Russia has asked China to provide military assistance for its war in Ukraine, and that China has responded affirmatively. Both Moscow and Beijing have denied the allegation, with a Chinese spokesperson dismissing it as “disinformation.”

Still, the claims have generated conjecture over how far Beijing would be willing to go in backing its “most important strategic partner,” as China’s foreign minister recently described Russia.

Following initial reports that Russia had asked China for military aid, unnamed U.S. officials said that Washington had determined that China had sent a signal to Russia: Beijing would be willing to provide both military support for the campaign in Ukraine and financial backing to help stave off the impact of severe sanctions imposed by the West.

The U.S. is wary of China’s intentions because the government of President Xi Jinping has refused to criticize the Russian invasion, even as it seeks to distance itself from the Kremlin’s war by calling for dialogue and reiterating its position that a nation’s territory must be respected.

If anything, smaller items such as bullets and meals are more likely than fighter jets and tanks, experts said.

China “probably wants to avoid high-profile or big-ticket arms sales to Russia in the midst of a conflict which would expose Beijing to international sanctions,” said Drew Thompson, a former U.S. Defense Department official currently at the Lee Kuan Yew School of Public Policy in Singapore.

Beijing would be more willing to provide spare parts, consumables, ammunition, and dual-use items that don’t contravene sanctions and could fall below the threshold of international reprisals, Thompson said.

For example, Russian helicopters are likely using up their flares to counter portable short-range missiles like the Stinger. China could conceivably sell Russia some of its flares, if they are compatible with Russian systems, Thompson said. China might also share surveillance and intelligence, he said.

He added that Russia would find it virtually impossible to integrate Chinese armaments into its armed forces on such short notice.

WOULD CHINA, DO IT?

While not impossible, both Chinese and non-Chinese experts say there are several factors working against it. For starters, it could look bad.

“China will be very careful trying its best to avoid its aid and other assistance being used on the battlefields of Ukraine,” said Shi Yinhong, a professor of international relations at Renmin University in Beijing.

He added that China “has no motive to provide any assistance to Russia’s operation in Ukraine.”

Roggeveen concurred that there is no “obvious upside” for China in aiding Moscow, adding that a weakened Russia could work to China’s strategic and economic advantage.

Chinese officials have also said throughout the crisis that the territorial integrity and sovereignty of all countries should be respected — though critics say its refusal to criticize Russia’s invasion is in fundamental contradiction to that position.

“Russia’s military operation in Ukraine has in nature become an invasion, and China will never provide arms to help a country attack another sovereign county and that is not in accordance with international law,” said Li Xin, director of the Institute of European and Asian Studies at Shanghai University of Political Science and Law.

China also does not want to see the conflict worsen or be dragged in as a co-belligerent, so any Chinese support “would be measured and carefully calibrated,” Thompson said.