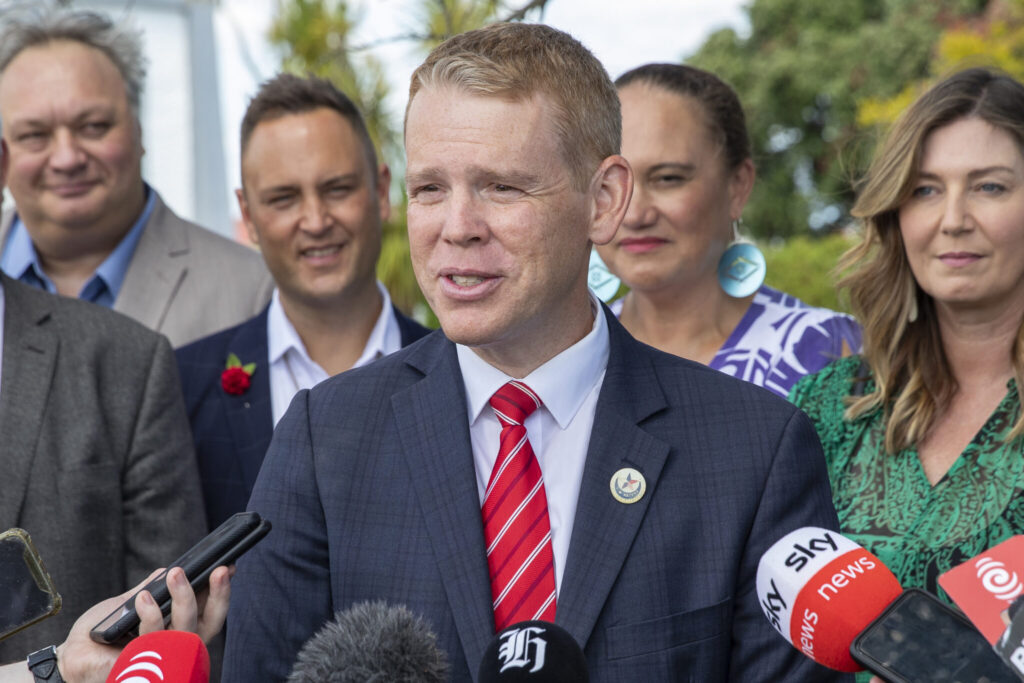 Labor leader Chris Hipkins was sworn in as New Zealand’s prime minister in a formal ceremony on Wednesday, following the resignation of outgoing Prime Minister Jacinda Ardern last week. The Labor party elected former COVID-19 Response and Police minister Hipkins, 44, to lead the party and the country on Sunday. Ardern, 42, resigned last week, saying she had “no more in the tank” to lead the country. The Associated Press has the story:

Hipkins, 44, has promised a back-to-basics approach focusing on the economy and what he described as the “pandemic of inflation.”

He will have less than nine months before contesting a tough general election, with opinion polls indicating his Labour Party is trailing its conservative opposition.

New Zealand Governor-General Cindy Kiro officiated the brief swearing in ceremony in front of his friends and colleagues after she earlier accepted Ardern’s resignation.

“This is the biggest privilege and responsibility of my life,” Hipkins said at the ceremony. “I’m energized and excited by the challenges that lie ahead.”

Carmel Sepuloni was also sworn in as deputy prime minister, the first time a person with Pacific Island heritage has taken on the role. She congratulated Hipkins and thanked him for the trust he’d placed in her.

After the ceremony, Hipkins said as an aside to reporters: “It feels pretty real now.”

Hipkins is known to many by the nickname “Chippy,” which fits with his upbeat demeanor and skills as an amateur handyman.

He served as education and police minister under Ardern. He rose to public prominence during the COVID-19 pandemic, when he took on a kind of crisis management role. But he and other liberals have long been in the shadow of Ardern, who became a global icon of the left and exemplified a new style of leadership.

Ardern last week said she was resigning after more than five years in the role because she no longer had “enough in the tank” to do the job justice. “It’s that simple,” she said.

On Tuesday she made her final official appearance as prime minister, saying the thing she would miss most was the people because they had been the “joy of the job.” On Wednesday morning, she was greeted with hugs and farewells by dozens of former staff and admirers on Parliament’s forecourt as she left the building.

Ardern plans to stay on as a backbench lawmaker until April to avoid triggering a special election ahead of the nation’s general election in October.

New Zealand’s head-of-state is Britain’s King Charles III, and Kiro is his representative in New Zealand, although these days the nation’s relationship with the monarchy is largely symbolic.

Britain’s Prince William and wife, Kate, thanked Ardern on Twitter “for your friendship, leadership and support over the years, not least at the time of my grandmother’s death. Sending you, Clarke and Neve our best wishes. W & C”

Clarke Gayford is Ardern’s fiance and Neve is their 4-year-old daughter.