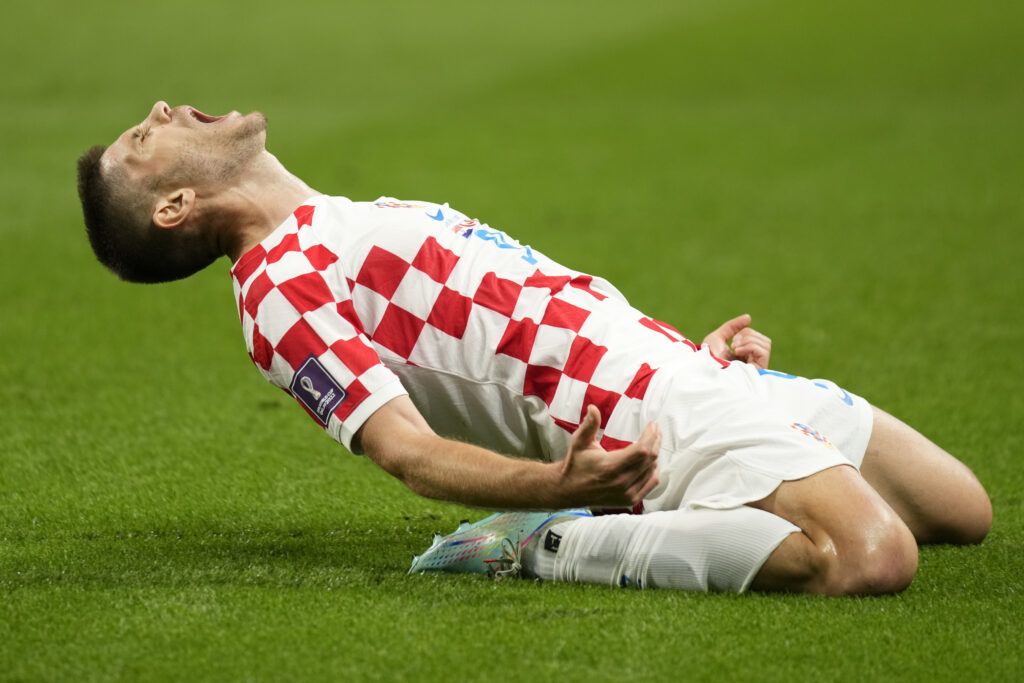 Croatia go top of Group F with victory 4-1 over Canada, while Belgium, second in the world, will need to beat them in their last game to avoid an early exit. After a blistering start from Canada it was then Croatia who went through the gears with good football, very composed, measured play. The Associated Press has the story:

Andrej Kramaric scored a pair of goals and Croatia crushed Canada‘s hopes of advancing at its first World Cup in 36 years with a 4-1 victory on Sunday.

t’s four for Croatia and another boost for their goal difference. It’s a bad mistake from defender Kamal Miller with the ball going through his legs.

That allows Croatia to break through and Mislav Orsic is unselfish and puts it on a plate for Lovro Majer to score.

Canada getting knocked out feels so unjustified seeing how energetic and determined they are.

Alphonso Davies scored Canada’s first-ever World Cup goal seconds into the match but the team’s trip to soccer’s biggest tournament will end on Thursday against Morocco, the Group F leaders after a surprise 2-0 victory over Belgium earlier in the day.

Marko Livaja and Lovro Majer also scored for Croatia, the runner-up to France at the 2018 World Cup in Russia. Captain Luka Modric, 37, was still looking for his first goal of the tournament in what is likely his final World Cup.

Morocco went to the top of Group F with its first win at a World Cup since 1998. But the victory meant that the Canadians needed a win against Croatia for a chance to reach the knockout stage.