Democrat running for Senate in Pennsylvania hampered by heart problems 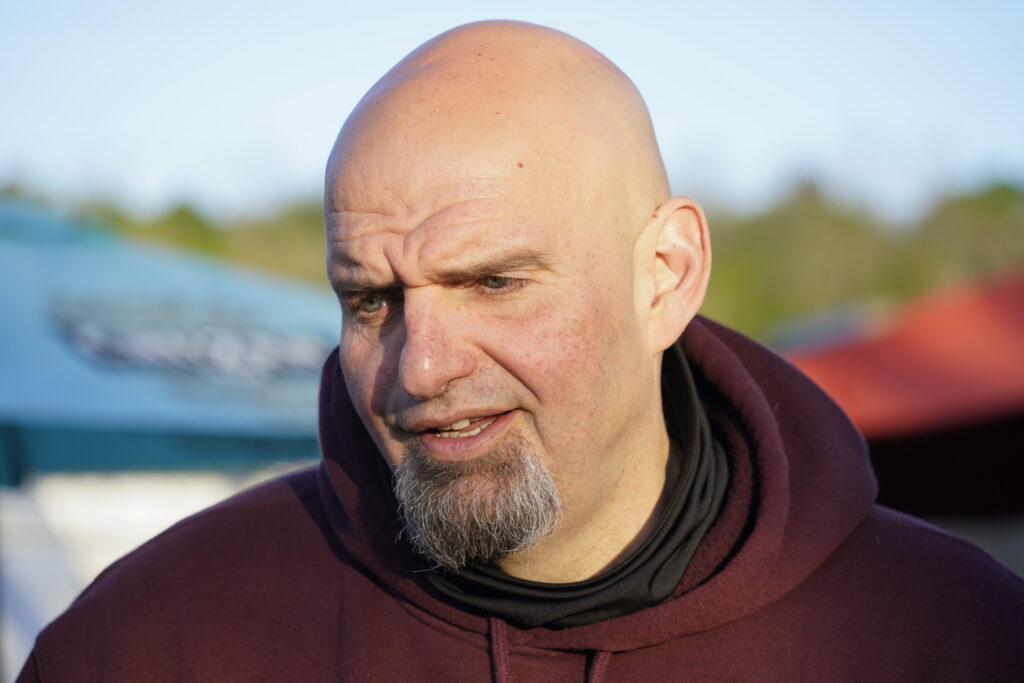 The Democrats’ nominee for the U.S. Senate in Pennsylvania suffered a setback when heart problems forced him to take a break from the campaign trail. He is recovering from a stroke and suffers from cardiomyopathy. The Associated Press has the story:

HARRISBURG, Pa. (AP) — The cardiologist for John Fetterman, the Democratic nominee for U.S. Senate in Pennsylvania who is recovering from a stroke, disclosed Friday that the candidate also has cardiomyopathy, in which the heart muscle becomes weakened and enlarged.

The acknowledgment was the first public comment by a doctor for Fetterman since the candidate first took to social media on May 15 to disclose the stroke.

In a statement released through the campaign, Fetterman’s cardiologist, Dr. Ramesh Chandra, said Fetterman will be fine if he eats healthy foods, takes prescribed medication and exercises.

Cardiomyopathy can impede blood flow and potentially cause heartbeats so irregular they can be fatal.

Fetterman, 52, easily won the Democratic nomination while in the hospital two days later, just hours after undergoing surgery to implant a pacemaker with a defibrillator.

The fall general election is expected to be one of the nation’s premier Senate contests. Fetterman has not said when he will return to the campaign trail.

In a separate statement Friday, Fetterman, Pennsylvania’s lieutenant governor, said doctors have told him to continue to rest, eat healthy, exercise and focus on his recovery, “and that’s exactly what I’m doing.”

Fetterman acknowledged that he ignored warning signs after learning in 2017 that he had a heart condition.

His cardiologist told him that he never would have had a stroke if he had continued taking blood thinners, he said.

“The stroke I suffered on May 13 didn’t come out of nowhere,” Fetterman said, and “as a result, I almost died.”

Fetterman is 6 feet 8, and has been open about his push to lose weight in the past. He weighed in at over 400 pounds before losing nearly 150 pounds in 2018, when he ran for lieutenant governor.

Fetterman has said that his stroke was caused by a heart condition called atrial fibrillation and that doctors implanted the pacemaker May 17 to manage it.

Doctors removed the clot in Fetterman’s brain through a thrombectomy procedure, his campaign said. That means extracting it by inserting a catheter through a big artery, usually in the groin.

However, questions have swirled about what effects Fetterman continues to suffer from the stroke and why doctors implanted a defibrillator along with a pacemaker.

Chandra said the defibrillator, which delivers corrective shocks when it senses life-threatening irregular rhythms, was implanted because of Fetterman’s cardiomyopathy.

Fetterman has not made a public appearance, other than a couple of brief videos of him posted on social media speaking at the hospital May 15 and leaving it a week later.

A campaign spokesperson, Joe Calvello, said Fetterman is not suffering from any form of paralysis from the stroke.

“He is up and walking around, running errands, and having calls with his staff,” Calvello said.

On Friday, he did a Zoom call with Sen. Bob Casey.

On Wednesday, Fetterman saw his neurologist, who was impressed with Fetterman’s progress and said that cognitively, “John is perfect, and well on his way to a full recovery,” Calvello said.

By MARC LEVY and MICHAEL RUBINKAM