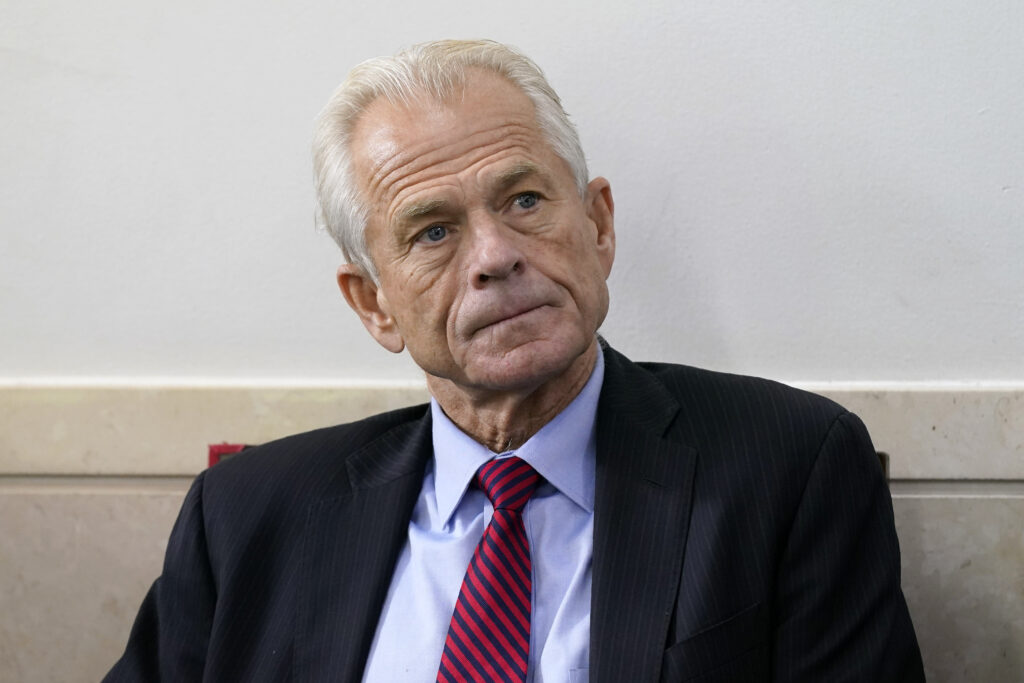 The Democrats continue their massive battle against Republicans over the Jan. 6 protest at the U.S. Capitol in 2020, now going after former Trump adviser Peter Navarro. The Justice Department subpoenaed him to appear in front of a grand jury this week. The Associated Press has the story:

WASHINGTON (AP) — Former Trump adviser Peter Navarro revealed in a court filing Tuesday afternoon that he has been subpoenaed to appear before a grand jury this week as part of the Justice Department’s sprawling probe into the deadly insurrection at the U.S. Capitol.

Navarro, who was a trade adviser to then-President Donald Trump, said he was served by the FBI at his Washington, D.C., house last week. The subpoena is the first known instance of prosecutors seeking testimony from someone who worked in the Trump White House as they investigate the worst attack on the Capitol in two centuries.

In an 88-page filing, Navarro claims the House select committee investigating the Jan. 6, 2021, attack is unlawful and therefore a subpoena it issued to him in February is unenforceable under law. The 72-year-old filed the suit Tuesday against members of the committee, Speaker Nancy Pelosi, D-Calif., and the U.S. attorney for D.C., Matthew M. Graves.

In an interview with The Associated Press on Tuesday, Navarro said the goal of his lawsuit is much broader than the subpoenas themselves, part of an effort to have “the Supreme Court address a number of issues that have come with the weaponization of Congress’ investigatory powers” since Trump came to office.

He said he will respond formally to the federal subpoena on Wednesday.

A spokesman for the Justice Department did not immediately respond to a request for comment Tuesday.

Though the scope of the department’s investigation remains unclear, the subpoena to Navarro could signal that the department is widening its probe to examine the activities and records of people who worked directly for the Republican president. The department previously issued subpoenas to people connected to the Jan. 6 attack and the rallies in Washington that preceded the violence, in which a mob loyal to Trump stormed the Capitol in a brazen bid to overturn the 2020 presidential election and keep Democrat Joe Biden from replacing Trump in the White House.

The subpoena also comes as pressure continues to mount on the Justice Department and Attorney General Merrick Garland to consider prosecuting Trump since the Jan. 6 House committee laid out an argument for what its members believe could be a viable criminal case against the former president.

Garland has given no public indication about whether prosecutors might be considering a case against the former president. He has, though, vowed to hold accountable “all January 6th perpetrators, at any level” and has said that would include those who were “present that day or were otherwise criminally responsible for the assault on our democracy.” Roughly 300 people have pleaded guilty to crimes stemming from the riot, including seditious conspiracy and assault.

The subpoena from federal prosecutors also comes months after Navarro, a former economics professor, received a congressional subpoena from lawmakers investigating the Jan. 6 attack. Members of the select committee sought testimony from Navarro about his public efforts to help Trump overturn the election, including a call after the 2020 presidential election persuading state legislators to join their efforts.

Navarro was one of the White House staffers who promoted Trump’s baseless claims of mass voter fraud. He released a report in December 2020 that he claimed contained evidence of the alleged misconduct.

He has refused to cooperate with the committee, and he and fellow Trump adviser Dan Scavino were found in contempt of Congress in April.

Members of the committee made their case at the time that Scavino and Navarro were among just a handful of people who had rebuffed the committee’s requests and subpoenas for information. The panel has interviewed more than 1,000 witnesses about the insurrection and is preparing for a series of hearings to begin next week.

The congressional probe has so far scrutinized Trump family members and allies, members of Congress and even social media groups accused of perpetuating election misinformation and allowing it to spread rampantly.

The committee investigating the Capitol attack is not the only group of lawmakers that have sought Navarro’s compliance. A House subcommittee set up to investigate the Trump administration’s response to COVID-19 also subpoenaed him in November. He denied their request, citing a “direct order” from the former president to claim executive privilege.

By FARNOUSH AMIRI and MICHAEL BALSAMO