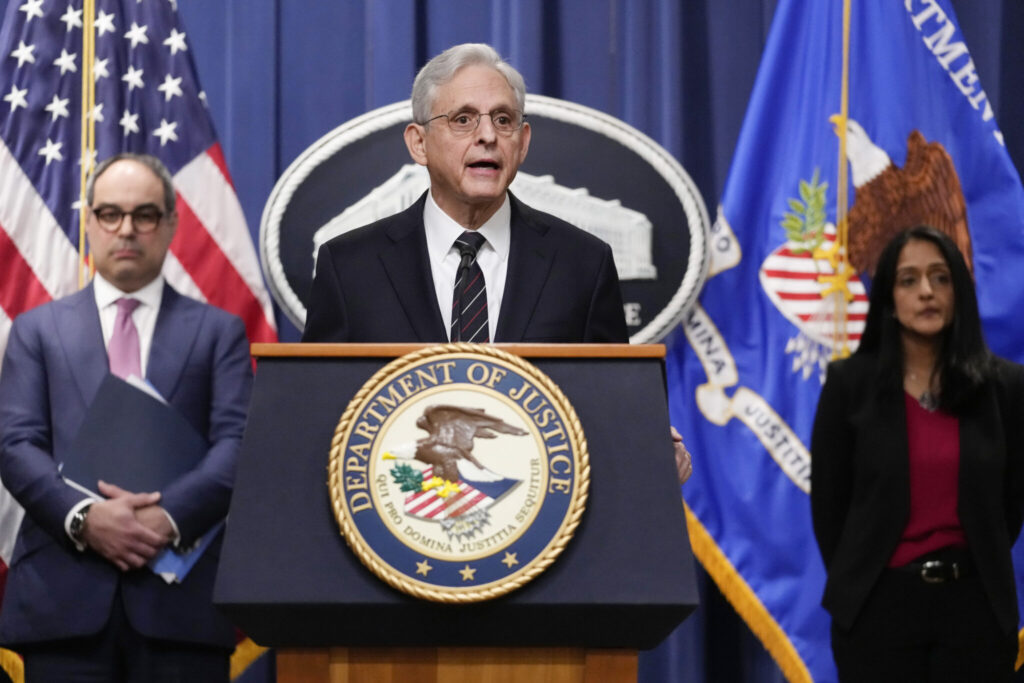 The U.S. Justice Department sued Alphabet’s (GOOGL.O) Google on Tuesday, accusing the company of abusing its dominance of the digital advertising business and said Google should be forced to sell its ad manager suite, in the government’s latest jab at thwarting Big Tech’s market power. The lawsuit tackles a business at Google that is responsible for 80 percent of its revenue. The Justice Department asked the court to compel Google to break up its ad technology business. The Associated Press has the story:

The Justice Department and eight states sued Google on Tuesday, alleging that its dominance in digital advertising harms competition as well as consumers and advertisers — including the U.S. government.

The government alleges that Google’s plan to assert dominance has been to “neutralize or eliminate” rivals through acquisitions and to force advertisers to use its products by making it difficult to use competitors’ products.

The antitrust suit was filed in federal court in Alexandria, Virginia. Attorney General Merrick Garland said in a press conference Tuesday that Google’s dominance in the ad market means fewer publishers are able to offer their products without charging subscription or other fees, because they can’t rely on competition in the advertising market to keep ad prices low.

As a result of Google’s dominance, he said, “website creators earn less and advertisers pay more.”

The department’s suit accuses Google of unlawfully monopolizing the way ads are served online by excluding competitors. This includes its 2008 acquisition of DoubleClick, a dominant ad server, and subsequent rollout of technology that locks in the split-second bidding process for ads that get served on Web pages.

The lawsuit demands that Google break off three different businesses from its core business of search, YouTube and other products such as Gmail: the buying and selling of ads and ownership of the exchange where that business is transacted.

Garland said that “for 15 years, Google has pursued a course of anti-competitive conduct” that has halted the rise of rival technologies and manipulated the mechanics of online ad auctions to force advertisers and publishers to use its tools.

In so doing, he added, “Google has engaged in exclusionary conduct” that has “severely weakened,” if not destroyed competition in the ad tech industry.

Alphabet Inc., Google’s parent company, said in a statement that the suit “doubles down on a flawed argument that would slow innovation, raise advertising fees, and make it harder for thousands of small businesses and publishers to grow.”

Dina Srinivasan, a Yale University fellow and adtech expert, said the lawsuit is “huge” because it aligns the entire nation — state and federal governments — in a bipartisan legal offensive against Google.

This is the latest legal action taken against Google by either the Justice Department or local state governments. In October 2020, for instance, the Trump administration and eleven state attorneys general sued Google for violating antitrust laws, alleging anticompetitive practices in the search and search advertising markets.

The lawsuit in essence aligns the Biden administration and new states with the 35 states and District of Colombia that sued Google in December 2020 over the exact same issues.