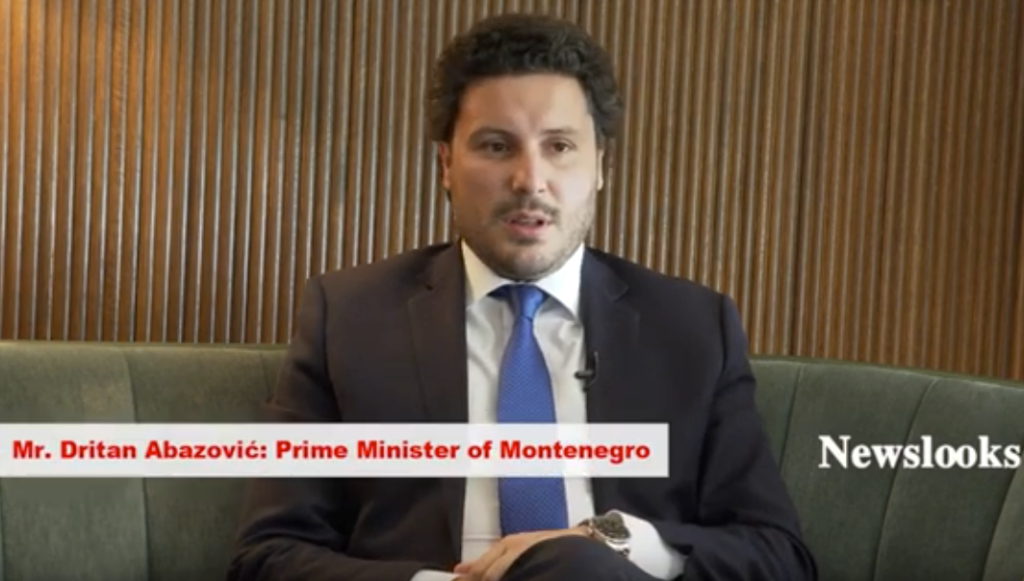 Prime Minister of Montenegro Dritan Abazović visits Washington, DC and New York City for the United Nations General Assembly, sits down for one-on-one interview with Newslooks.com . The Prime Minister explained his views on the strong partnership between Montenegro and Morocco, his stance on the US Senator Marco Rubio’s letter to the U.S. Secretary of State about the potential illegal Algerian activities with its military alliance with the Russian Federation, his strong pro -Ukrainian position in the Russian-Ukrainian war, Montenegrin involvement in fighting the war, and what is being done to aid 12,500 Ukraine refugees now in his country. Prime minister Abazović also discussed being at the forefront of environmentalism, as a rare Green Party head of state in the world community. He has prevented areas from being used for military purposes, declared a nature park and has been a world beacon for democracies. Prime Minister Abazović, a Muslim, and the first time Montenegrin prime minister of an ethnic minority, drew considerable attention to environmental protection and awareness in the modern world by riding a bicycle to the UN headquarters in New York City. The Prime Minister will deliver an address at the 77th sitting of the autumn session of the UN General Assembly on 23 September. The topic of this year’s session is: “A watershed moment: Transformative solutions to interlocking challenges.”