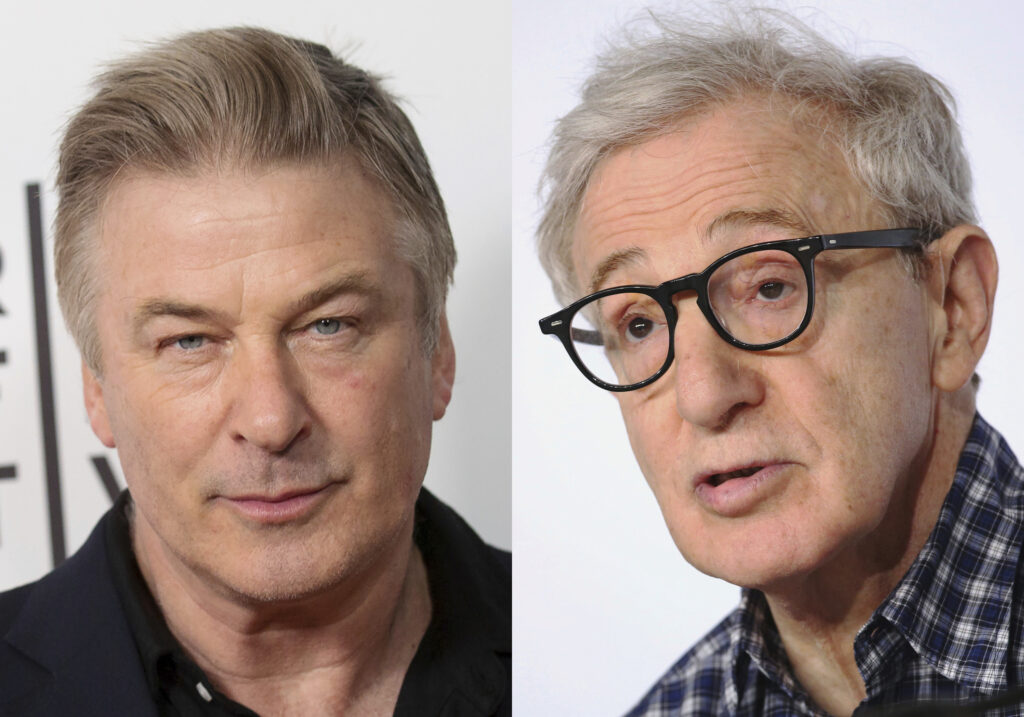 Directing has lost its luster for Woody Allen, the longtime star told other longtime star Alec Baldwin during an interview. Allen, 87, said movie-making is not as exciting now that his films spend a few days in movie theaters and then directly go to streaming. The Associated Press has the story:

(AP) Woody Allen told Alec Baldwin during a live interview Tuesday on Instagram that he is mulling ending his movie-making career, saying directing has lost its luster.

The two men — each facing significant controversies — steered clear of addressing either the abuse allegations against Allen or the shooting last year on Baldwin’s movie set.

The public comment options were turned off, and the 45-minute interview attracted a modest audience of between 2,400-2,700. The two men chatted about Allen’s writing, the use of profanity in films and the current state of Broadway. Allen lost his connection several times, with his screen freezing.

Allen, 87, said movie-making is not as exciting now that his films spend a few days in movie theaters and then directly go to streaming. “A lot of the thrill is gone,” he said. “It’s not as enjoyable as it was.” Still, he plans to make his next movie later this year in Paris. “I’m going to make another one, and I’ll see how it feels.”

Baldwin, who has worked with Allen on a number of films, including “To Rome with Love,” “Alice” and “Blue Jasmine,” kept the mood light, complimenting Allen for his writing. and realizing that neither had contracted COVID-19.

Allen has continued to face backlash after his adopted daughter, Dylan Farrow, accused him of molesting her as a child. Allen has denied the allegations.

Baldwin has faced his own controversy after he fatally shot a cinematographer on the set of his film “Rust” in New Mexico. Baldwin has said he was pointing the gun at the cinematographer at her instruction when it went off without his pulling the trigger.