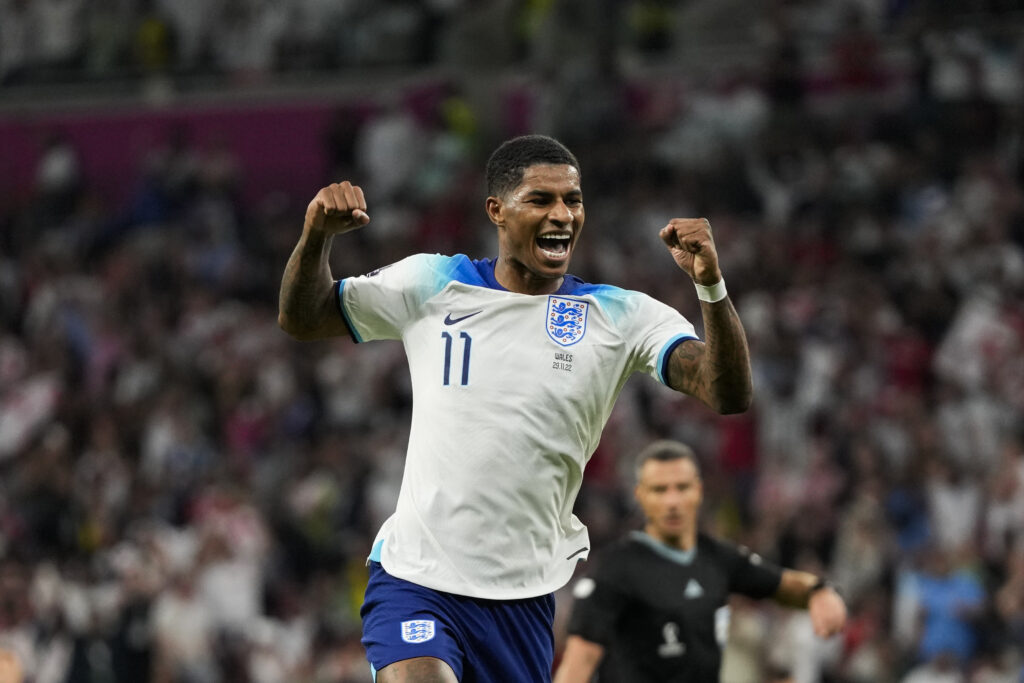 an excellent double from Marcus Rashford and strike from Phil Foden send England into the World Cup last 16 as Group B winners, where a clash with Senegal awaits on Sunday December 4; Wales finish bottom of the group and had Gareth Bale, Joe Allen go off injured. The Associated Press has the story.

Marcus Rashford and Phil Foden both scored Tuesday to put England into the last 16 of the World Cup with a 3-0 victory over Wales.

England coach Gareth Southgate opted to add both players in the starting lineup for the team’s final Group B match and they responded with all three goals — two from Rashford and the other from Foden.

England will next face Senegal in the round of 16. Wales finished in last place in the group and has been eliminated.

Southgate had faced calls to freshen up his team after the 0-0 draw with the United States. He brought in Rashford and Foden into a new look attack and it worked.

England had the game wrapped up just after halftime with Rashford scoring from a free kick in the 50th and Foden adding another in the 51st. Rashford got his second after a weaving run in the box in the 68th.

Wales captain Gareth Bale was forced off at halftime with an injury.