EU to host Serbia-Kosovo talks in Brussels amid Tensions 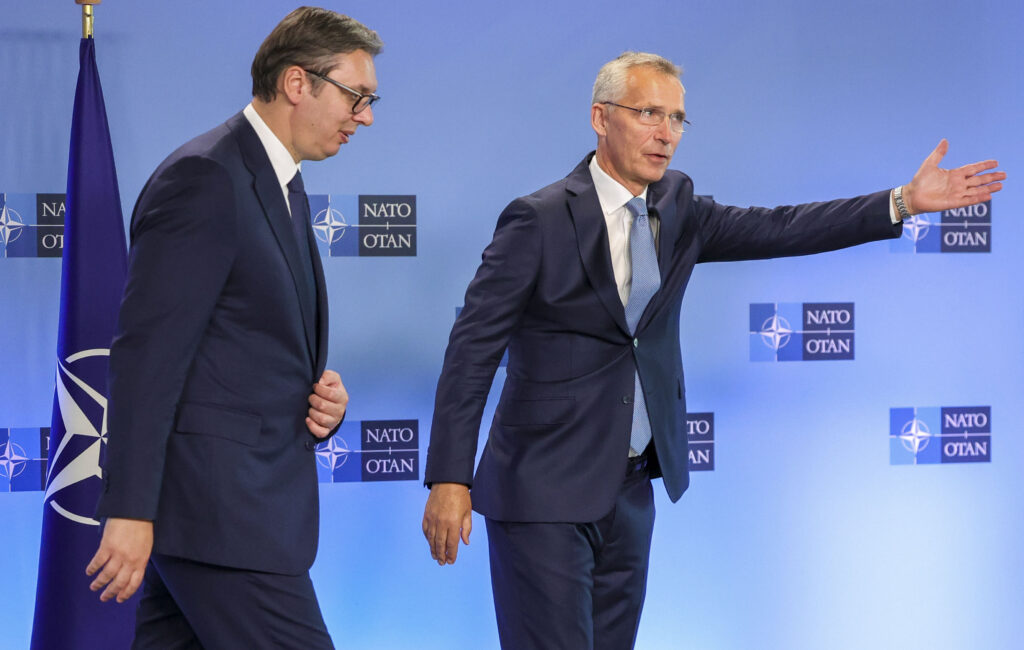 EU to host Serbia-Kosovo talks in Brussels amid tensions

Wartime rivals Serbia and Kosovo are holding high-level crisis talks on Thursday which European Union mediators hope will de-escalate growing tensions in the Balkans, where Russia has tried to further increase its influence amid the war in Ukraine.

Hopes that the rare face-to-face meeting between Serbian President Aleksandar Vucic and Kosovo Prime Minister Albin Kurti, to be held in Brussels, could produce a major breakthrough are slim.

But Western officials overseeing the decades-old deadlock between the two neighbors hope that it would at least reduce the increasingly war-mongering rhetoric coming from both sides.

“All open issues will be addressed and should be addressed through the EU-facilitated dialogue,” European Commission spokesperson for foreign affairs Nabila Massrali told reporters. “Both parties must end their hostilities at this point” and “act responsibly.”

NATO Secretary-General Jens Stoltenberg, who separately met Vucic and Kurti in Brussels on Wednesday, said NATO-led troops stationed in Kosovo have strengthened their presence on Kosovo’s northern border with Serbia because of the current tensions.

He urged “all parties to engage positively and constructively in the latest round of the EU talks tomorrow.”

Kosovo is a former province of Serbia, which has refused to recognize the country’s 2008 declaration of independence. The European Union has overseen years of talks to normalize their ties.

Vucic said it was “a lie” that Serbia wants to intervene in Kosovo but added that a generation of new Serb “kids” living there “do not consider Kosovo as an independent state and view it as a part of Serbia.”

“We are going to have difficult discussions tomorrow,” Vucic said. “We do not agree almost on anything” with Kurti and the Kosovo leadership.

State Department spokesman Ned Price said success of the Brussels talks “is an absolute priority” for the U.S.

“We fully support this dialogue.” he told reporters in Washington. “It’s important, we believe, that both parties use this opportunity to advance their discussions on normalization.”

The latest tensions between Serbia and Kosovo soared late last month when Kurti’s government declared that Serbian identity documents and vehicle license plates would no longer be valid on Kosovo territory.

Under apparent pressure from the West, Kurti postponed the implementation of the measure for a month, to Sept. 1.

Minority Serbs, who live mostly in northern Kosovo, reacted with anger, putting up roadblocks, sounding air raid sirens and firing their guns into the air and in the direction of Kosovo police officers. No one was injured.

The Kosovo government accused neighboring Serbia of instigating the riots in order to destabilize the country, which declared independence after a NATO intervention that stopped Serbia’s bloody crackdown against ethnic Albanian separatists in 1999.

Serbian officials accused Kosovo authorities of planning to chase all remaining Serbs out of Kosovo, saying Belgrade will use “all available means” to stop the “pogrom.”

As the EU appealed for calm, Vucic visited Serbian army headquarters in Belgrade in what was seen as a thinly veiled warning that all options — including military action — were on the table. There are about 3,800 NATO-led peacekeepers stationed in Kosovo and any military intervention there, Serbian or Russian, would almost certainly create a wider conflict.

Russian officials and their propaganda, which are very active in Serbia, were quick to join the pro-Serbian narrative, claiming the Serb minority in Kosovo is being oppressed and subjected to violence by majority ethnic Albanians — the same narrative used as an excuse by Moscow for invading Ukraine.

There are fears in the West that Russia could use Serbia to destabilize the Balkans and thus shift at least some attention from its war in Ukraine. Raising the stakes, Russian officials recently started advocating establishing a military base in Serbia, which is surrounded almost entirely by NATO member nations.

“Serbia is militarily neutral and we do not need foreign (military) bases,” Vucic, who is considered a pro-Russian politician and often praises his friendly ties with Russian President Vladimir Putin, said after his talks with Stoltenberg.

Serbia, Russia and China don’t recognize Kosovo’s independence, which is supported by the United States and most other Western states. The EU has said that both Serbia and Kosovo need to normalize their relations if they want to join the 27-nation bloc.