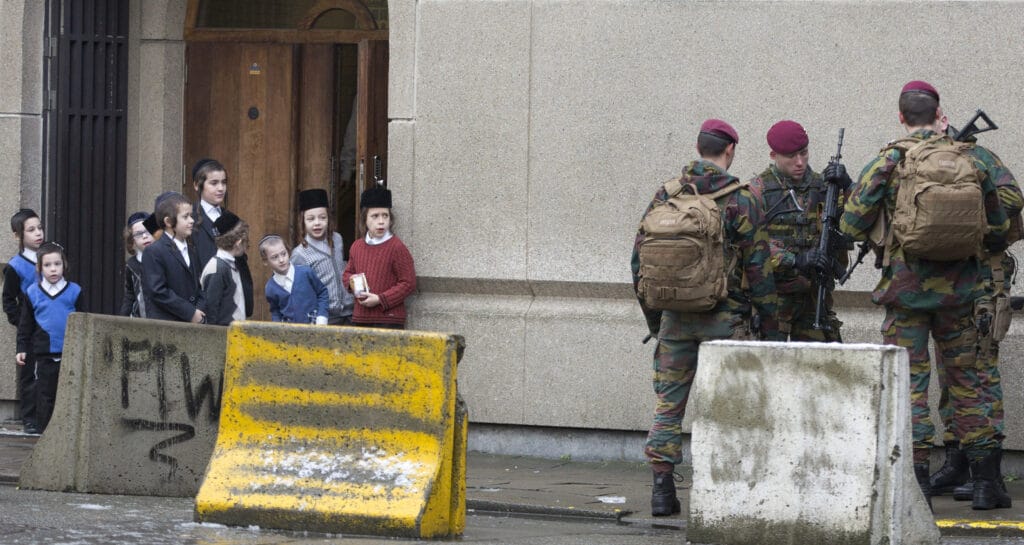 Of all the places on earth that a person might think would have the highest understanding and sympathies towards people with Jewish heritage, what their descendants went through, and the horrors the Jews themselves were subjected to, it would be Europe. The thought that Europe needs to come up with a strategy to fight antisemitism is preposterous, this isn’t the middle east, or even America, what the Nazi’s did in World War II was right in the face of all of Europe, and now they seem to have forgotten all of that. The Associated Press has the story:

According to Europe’s Fundamental Rights Agency, nine out of 10 Jews consider that antisemitism has increased in their country and is a serious problem. More than one in three people have considered emigrating to escape the abuse.

The EU’s executive branch, the European Commission, said it was presenting what amounts to the first strategy of its kind given the “persistence and a significant increase of anti-Semitic incidents” around the 27-country bloc.

Commission President Ursula von der Leyen said that “the strategy we are presenting today is a step change in how we respond to antisemitism. Europe can only prosper when its Jewish communities feel safe and prosper.”

Under the plan, which will be rolled out over this decade, the commission will use EU funds to support member countries as they develop their own national strategies and complement their actions.

The aim is to set up a Europe-wide network of “trusted flaggers” along with Jewish organizations to help remove illegal online hate speech. Brussels will also work with industry and IT companies to prevent the illegal display and sale of Nazi-related symbols, memorabilia and literature online.

Funding will be provided to better protect public spaces and places of worship to help Jewish people feel safer, with 24 million euros ($28 million) available already next year. Other steps will be taken to safeguard Jewish heritage, and raise awareness about Jewish culture, life and traditions.

One in 20 Europeans has never heard of the Holocaust, so the commission also wants to try to keep memory of the genocide alive by creating a network of sites “where the Holocaust happened” in cooperation with local communities.

About 6 million European Jews and millions of other people were killed by the Nazis and their collaborators during World War II.

Another focus of the plan is to ensure that EU aid and development funds that go abroad cannot be used for activities that might incite hatred and violence against the Jewish people.