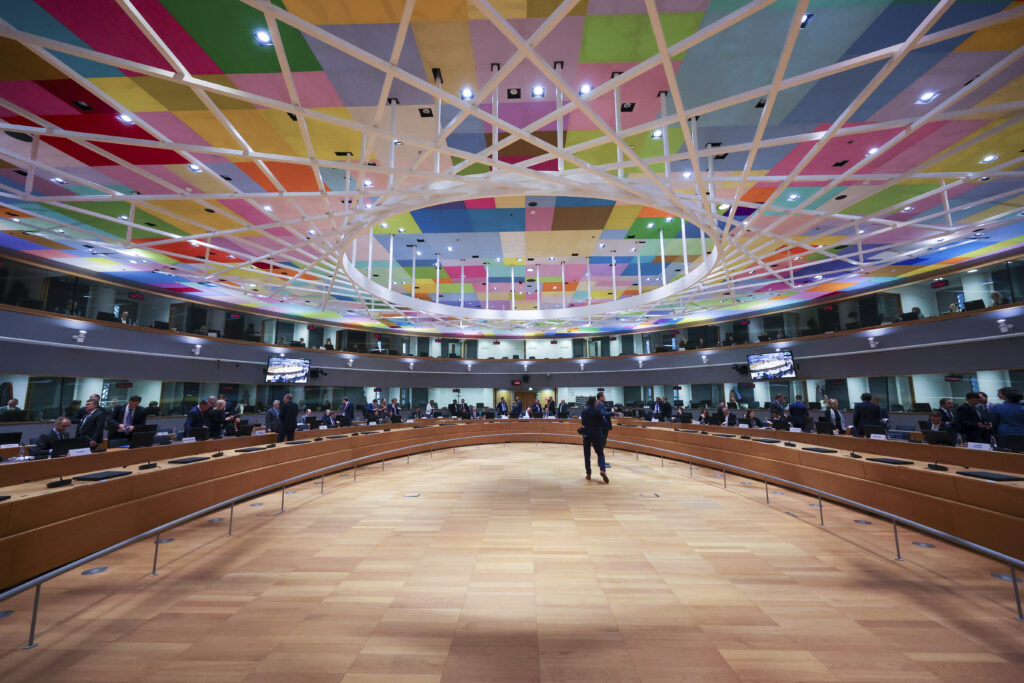 EU energy ministers criticized the European Commission’s latest proposal to establish the first-ever EU-wide cap on gas prices as unfit and a “bad joke” ahead of a meeting in Brussels. Their strong disagreements over the price cap delayed the approval of two separate emergency regulations to tackle the energy crisis, where consensus had been already reached. The associated Press has the story:

On winter’s doorstep, European Union nations have not been able to surmount bitter disagreements as they struggle to effectively shield 450 million citizens from massive increases in their natural gas bills as cold weather sets in.

An emergency meeting of energy ministers Thursday only shows how the energy crisis tied to Russia’s war in Ukraine has divided the 27-nation bloc in almost irreconcilable blocs.

A massive August spike in natural gas prices stunned all but the wealthiest in the EU, forcing the bloc to look for a cap to contain volatile prices that are fueling inflation. Following several delays, energy ministers are back trying to break a deadlock between nations that are demanding cheaper gas to ease household bills — including Greece, Spain, Belgium, France and Poland — and those like Germany and the Netherlands that are insisting a price cap could cut supplies.

A solution was nowhere near the horizon — to the frustration of many.

So finding a deal is not only about providing warmth to citizens but also about showing a united front to Russian President Vladimir Putin.

Talks have dragged on for months and even if a summit of EU leaders proclaimed some sort of breakthrough last month, nothing has been visible on the ground. Nations had been waiting for a proposal from the European Commission, the EU’s executive arm, to set a threshold for a price cap, and when it came Tuesday, there was dismay and accusations it could never work.

The commission set a threshold for a “safety price ceiling” to kick in if prices exceed 275 euros per megawatt hour for two weeks and if they are 58 euros higher than the price for liquefied natural gas on world markets.

In political language, it means that such a system might not even have averted hikes as high as in August.

“Setting a ceiling at 275 euros is not actually a ceiling,” said Greek Energy Minister Konstantinos Skrekas, who called for a cap that could go as low as 150 euros.

“We are losing valuable time without results,” he added.

In comparison, the price stood at 125 euros per megawatt-hour on Europe’s TTF benchmark Thursday. Since the price has fallen since the summertime peaks, diplomats have said the urgency has abated somewhat, even though it could pick up quickly again if the weather is colder than normal and supplies get tight.

Some 15 nations are united around these views, but Germany and the Netherlands lead another group wanting to ensure that gas supply ships would not bypass Europe because they could get better prices elsewhere.

“Security of supply is paramount. Europe still has to be an attractive gas market,” Estonian Economy Minister Riina Sikkut said.

No decisive breakthrough was expected at Thursday’s meeting.

Czech Industry Minister Jozef Síkela, who chaired the emergency meeting, said he was well aware of the “emotional reactions” the commission proposal had sparked and predicted that talks would be “rather spicy.”

As a result of trade disruptions tied to Russia’s war in Ukraine, EU nations have reduced the overall share of Russian natural gas imports to the EU from 40% before the invasion to around 7%. And gas storage has already far exceeded targets and stand nearly at capacity.

The EU has relied on increased imports of liquefied natural gas, or LNG, including from the United States, to help address the fall in Russian supplies.