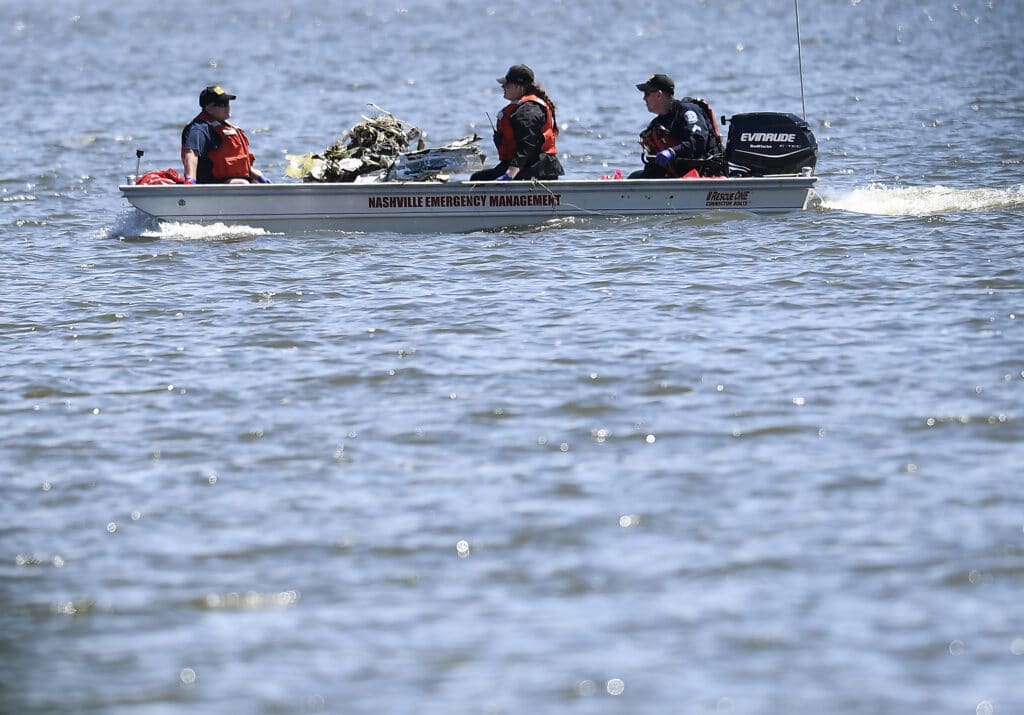 SMYRNA, Tenn. (AP) — Investigators on Sunday continued searching for the bodies of seven people believed killed in the crash a day earlier of a small jet into a Tennessee lake, including an actor who portrayed Tarzan in a 1990s television series.

Rutherford County Fire Rescue Capt. John Ingle said in a statement Sunday that recovery efforts were ongoing at Percy Priest Lake near Smyrna. He said efforts also were focused on examining a half mile-wide debris field in the lake.

Gwen Shamblin Lara founded the Remnant Fellowship Church in Brentwood in 1999 and wrote a faith-based weight loss book. Her husband of nearly three years, known as Joe Lara, was an actor featured in the TV series “Tarzan: The Epic Adventures.”

The Federal Aviation Administration said the Cessna C501 plane was heading from nearby Smyrna Rutherford County Airport to Palm Beach International Airport when it crashed Saturday morning. Authorities did not release registration information for the plane.

Smyrna is located about 20 miles (32 kilometers) southeast of Nashville. Percy Priest Lake is a reservoir created by the J. Percy Priest Dam. It is a popular spot for boating and fishing.

“With dive teams in the water, we are strongly urging civilian boaters to stay away from the public safety boats,” Ingle said.

The National Transportation Safety Board had a lead investigator at the site. Read more U.S. news