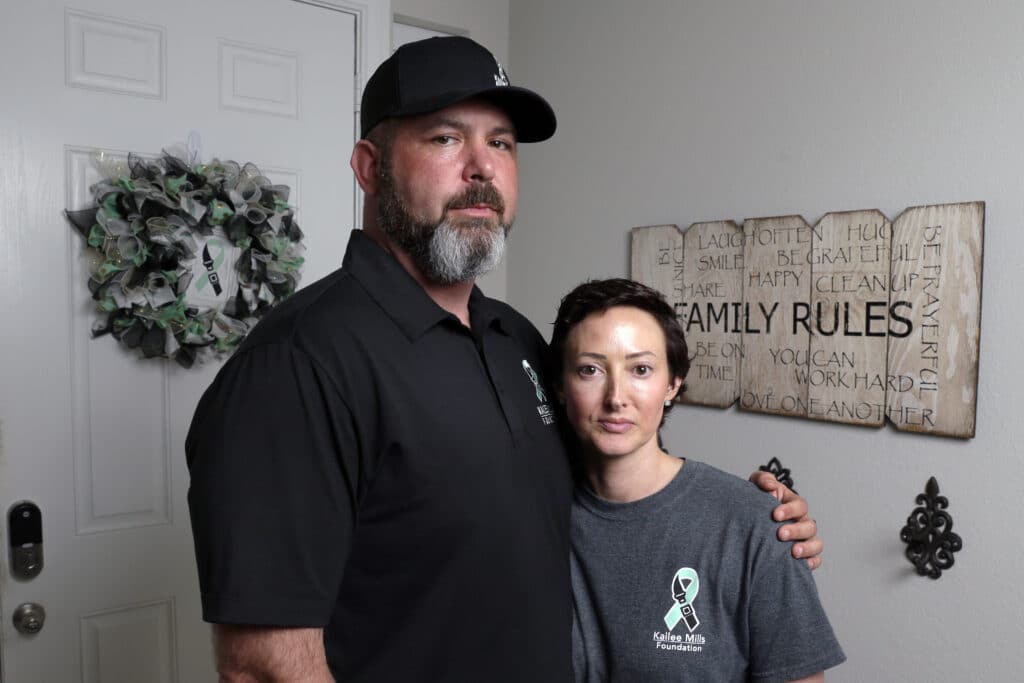 The federal government is usually on top of anything it can do to regulate Americans lives, and one would think that something as simple as making sure people in the rear seats of vehicles are kept safe would be a no-brainer, if only it was COVID related… sigh. The National Highway Traffic Safety Administration, an agency of the Department of Transportation, has made it a priority to force U.S. automakers in recent decades, to make safer vehicles, but they have overlooked a seemingly simple rule, why? The Associated Press has the story:

There are more than a dozen car safety rules now years overdue, and people are dying as a result of inaction by the federal government

WASHINGTON (AP) — After their 16-year-old daughter died in a car crash, David and Wendy Mills wondered whether she would be alive if federal rules on rear seat belt warnings had been issued on time.

Four years later, with no rule and traffic fatalities spiking, they’re still at a loss over the inaction.

The teenager was riding in the back seat of a car to a Halloween party in 2017 just a mile from her house in Spring, Texas, when she unfastened her seat belt to slide next to her friend and take a selfie. Moments later, the driver veered off the road and the car flipped, ejecting her.

A 2012 law had directed the National Highway Traffic Safety Administration, a federal agency of the Department of Transportation, to implement safety rules requiring car manufacturers to install a warning to drivers if an unbuckled passenger is sitting in a rear seat. The agency had three years to act.

But the regulation wasn’t done when Kailee climbed into her friend’s car. It’s one of more than a dozen car safety rules now years overdue, according to an analysis by The Associated Press.

The ever-growing docket has become one of the biggest tests for the federal agency since its founding in 1970, when public pressure led by safety activist Ralph Nader spurred NHTSA’s mission to “save lives, prevent injuries and reduce economic costs due to road traffic crashes.”

Advocates worry that the agency has lost focus and risks getting bogged down under President Joe Biden, at a time of increasing road accidents and reckless driving during the COVID-19 pandemic.

“We need a call to action,” said Jonathan Adkins, executive director of the Governors Highway Safety Association. He called the pandemic surge in accidents a “car crash epidemic.”

The rules backlog would only increase with the sweeping technological requirements included in a $1 trillion bipartisan infrastructure bill pending in Congress, from new breathalyzer devices that would disable a car if a driver is drunk to stiffer standards for reporting safety recalls.

“Government should not take this long to act on safety,” said David Mills, who started a Houston-area foundation in Kailee’s honor aimed at promoting seat belt safety. The foundation keeps a list, known as “Kailee’s Angels,” of some of the teenagers around the country who died in car crashes after failing to buckle up.

“It’s devastating to families,” he said.

The rear seat belt reminder requirement is now scheduled to start moving through the cumbersome federal regulatory process in January, but a final rule could be years away. The agency in the past has repeatedly blown past deadlines, including those promised in federal court.

The AP review of NHTSA’s rule-making activities under the last three presidents found at least 13 auto safety rules that are years overdue based on deadlines set in laws passed by Congress.

In most cases, those rules are opposed by powerful industries as expensive, outdated or restrictive. Other pending rules have been slowed by the bureaucracy or taken a back seat to other priorities under Democratic presidents. For example, a 2011 initiative that large commercial vehicles be equipped with devices to limit their speed was recently put on indefinite hold by Biden.

Pending rules include side-impact standards for child car seats, originally due in 2014. Attorneys general of 17 states and the District of Columbia wrote to the Biden administration in July, urging immediate action. Other pending rules would require car manufacturers to maintain records of safety defects for at least 10 years, as required by Congress and originally due in 2017, and anti-ejection protection measures for larger buses, due in 2014.

Standards for “smart” car headlights, begun in 2018, are incomplete despite car industry support. Smart headlights would adjust a high intensity light to oncoming traffic, so drivers don’t have to toggle between high and low beams.

NHTSA declined to make Cliff available for comment. The agency instead released a list of steps it has taken to address auto safety, including recently announced proposed fuel economy standards that Biden has promoted to confront climate change.

The agency points in part to plans to require or set standards for automatic emergency braking systems on new passenger vehicles and heavy trucks, a reversal from the Trump administration, and to move forward on some of the delayed regulations, though it did not offer firm guarantees on timing.

NHTSA has pledged to require what it said are rigorous testing standards for autonomous vehicles and set up a national database to document automated-vehicle crashes. It has prodded electric vehicle maker Tesla to recall dark touch screens and is investigating the company’s Autopilot partially automated driving system’s failure to stop for parked emergency vehicles.

In recent public remarks, Cliff said the agency is committed to address rising traffic fatalities and he stressed a “transformational and collaborative approach to safety.”

Jason Levine, executive director of the nonprofit Center for Auto Safety, and other consumer groups have been urging Biden to quickly nominate an agency leader. The last Senate-confirmed NHTSA administrator served under President Barack Obama until 2017.

“You have a Biden administration it seems across the board more interested in acting in a regulatory fashion than the previous administration,” Levine said. “That’s why there’s so much excitement, but also quite frankly frustration that things aren’t moving with a greater sense of urgency.”

The Alliance for Auto Innovation, which is the trade association representing all auto manufacturers but Tesla, declined to comment for this story.

Automakers have made some progress on safety issues on their own or in voluntary agreements with the government. For instance, 20 companies agreed with NHTSA in 2016 to make automatic emergency braking standard on at least 95% of their new passenger vehicles by Sept. 1, 2022. At least 10 have already met the goal. Two years ago, 20 auto companies agreed to install electronic reminders to check back seats so drivers don’t leave children in hot cars. The industry would install the reminders in new vehicles by the 2025 model year.

The Governors Highway Safety Association has been strongly pushing for rear seat belt reminders since 2015, noting back then that fewer passengers were buckling up in the back when riding in increasingly popular Uber, Lyft and other for-hire vehicles.

Last year, over half of all crash fatalities involved unbelted drivers or occupants, the highest level since 2012, according to NHTSA.

An estimated 38,680 people were killed in traffic crashes in 2020, the highest total since 2007, even though total miles driven dropped due to stay-at-home orders at the beginning of the pandemic. In the first three months of 2021, 8,730 people died in motor vehicle traffic crashes, a 10.5% increase from the same period last year.

More than 800 people who were unbelted in the back seat die in car crashes each year, and an analysis of NHTSA’s data by the governors’ group found that wearing seat belts would have saved more than half of them.

Those grim statistics and rising fatalities have spurred states in recent months to seek ways to boost seat belt use, such as with “Click it or Ticket” law enforcement campaigns. In Connecticut, a law signed by Democratic Gov. Ned Lamont took effect this month that requires all rear seat passengers 16 and older to wear a seat belt. Those under 16 already had been required to buckle up.

But as NTSB head, she has no actual regulatory authority, and the buzz at a recent governors’ safety conference was the impact she could have if she were NHTSA’s administrator.

“We need a NHTSA administrator who is confirmed and has the political ability to get some things done,” Adkins said. “There’s no time for a learning curve. We’re in a bad spot in traffic safety. We’ve got work to do. And we need the administration’s attention.”

Various NHTSA delays have led to a patchwork of safety features initiated by the auto industry that have no clear minimum level of standards, said Cathy Chase, president of Advocates for Highway and Auto Safety. Many of the features also are typically sold in high-end cars or luxury packages, in effect imposing an “upcharge” for consumer safety.

She noted that a 2008 congressional mandate to install backup cameras in passenger vehicles took NHTSA 10 years and a lawsuit by her group and others before the rule was finally implemented; the original deadline was 2011.

“I can’t say the U.S. regulator of the auto industry is at all on track,” Chase said. “We’re years behind at this point. I don’t want to be critical because they are still in their first year, but the infancy of the new administration will soon expire, and it’s time for them to move forward.”

By HOPE YEN and TOM KRISHER

Yen reported from Washington and Austin, Texas, and Krisher from Detroit.