French Elections: Marine Le Pen Has More than a Chance 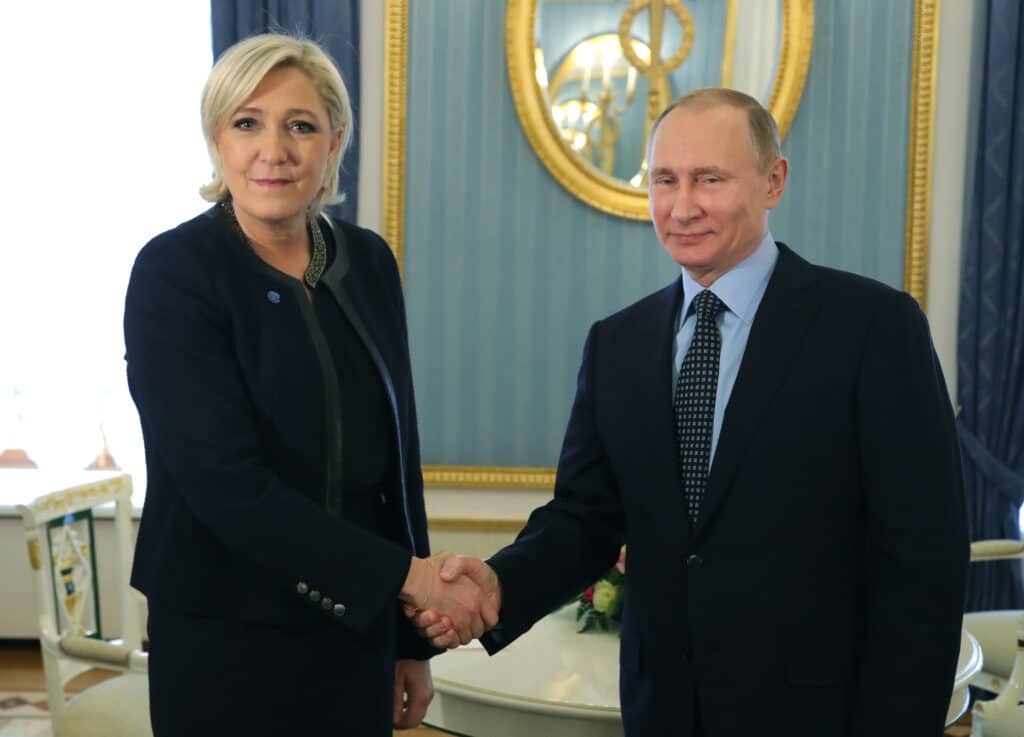 French Elections: Marine Le Pen Has More than a Chance

In the April 10, 2022 first round election for the French Presidency, Marine Le Pen finished second behind the incumbent Emmanuel Macron.  Both candidates finished very similarly as they did in 2017 but the head-to-head match-up in the second round will be much less like it was five years ago.

In 2017, Macron trounced Le Pen two-to-one after the parties all aligned against her spreading needless fear at the specter of her election.  This year, Le Pen has softened many of her stands regarding the European Union and has rejected a possible “Frexit.”  With these moves among others, her appeal has noticeably grown.  Worse for Macron, Le Pen has proven to be so much less objectionable than how she was painted in 2017 that she is a preferable second choice for many French voters over Macron – something that was not true five years ago.

For example, the socialist party leader Jean-Luc Mélenchon finished a close third in the first round with an almost identical vote as five years ago.  However, in the second-round voting, his voters will not flock to Macron in masse like before.  Polling has these voters evenly split three ways between Macron, Le Pen and abstaining.  Unlike five years ago, Le Pen will gain strength from the socialist first round voters at Macron’s expense.

Abstention is a French phenomenon where voters purposely do not cast a ballot at all or cast a blank ballot.  In this, they reject both candidates.  This is a voting pattern unknown in the United States because we have a binary system.  In a two-party system, a Democrat that “votes with his feet” and stays home is essentially voting for the Republican, and vice versa.  However, in a system with multiple parties, a voter can withhold a vote while not helping either candidate by default.

Five years ago, there was a stampede among the supporters of down-ballot parties to stop Le Pen in the second round of voting.  All manner of French voter cast a ballot against her (rather than for Macron) in the second round.  This year, Macron is going to have earn every vote he receives because Le Pen has proven to be a reliable and capable candidate and not the crazed idealogue she was painted to be five years ago.

Among the voters against both candidates, there will be a huge bloc of abstentions rather than the 2017 phenomenon of casting of a reflexive vote against Le Pen.  There are two reasons for this.  First, Le Pen has become much more palatable as a candidate and, second, Macron is no longer the unknown outsider full of hope.  He is a man with a record and a less than popular one at that.  In short, their negatives are much more on par than they were in 2017.

Other phenomena possibly helping Le Pen in this election is the utter collapse of the traditional center-right and center-left parties.  While once dominating French elections, these parties garnered about ten percent of the preliminary vote between them.  While the stalwarts of these parties decry the nationalist Le Pen, they have little or no sway among their faithful.  Le Pen, the populist/nationalist, will benefit from these voters as a second-round choice more than Marcon will as the favorite of the elites and Euro-centric voters.

Five years ago, Macron was an outsider.  He was a young, handsome and bright candidate full of hope and ideals.  Five years on, he is a near-failed incumbent with high negatives who’s only remaining advantage is that he is a favorite of the Euro-Centric French and the monied elite everywhere in Europe.  In short, now he’s an insider’s insider – and a slavishly loyal one at that.

Because of the much larger number of anti-Macron voters in evidence in 2022, his campaign has been decidedly negative against Le Pen because he has to be.  Where Le Pen’s negatives were assumed five years ago, such negatives are much lower today and, conversely, Macron’s are much higher.  Consequently, and surprisingly, Macron has had to negatively campaign to actually raise her negatives.  It is hard to say whether this tact is working but Macron is still out with a negative message.  If he were comfortably ahead, the incumbent would be expected to have gone over to a positive message this close to election day.  He hasn’t.

A big part of Macron’s negative message is Le Pen’s stance towards Russia generally and Putin specifically.  While both candidates have condemned the Russian invasion of Ukraine, Le Pen is viewed as soft on Putin.  This is because both Le Pen and Putin are fierce nationalists and share a common view of their own country, respectively.  Additionally, Le Pen and Putin have met privately in the past.  Macron has made as much from this fact as he can inferring all manner of anti-Western/pro-Putin bias on Le Pen’s part.  Now Macron is dredging up a decade old charge of financial wrongdoing by Le Pen.  This level of negativity so late in the campaign is not a good sign for Macron.

The election is less than a week off and France is in uncharted waters.  Marine Le Pen is capable of a surprise victory.