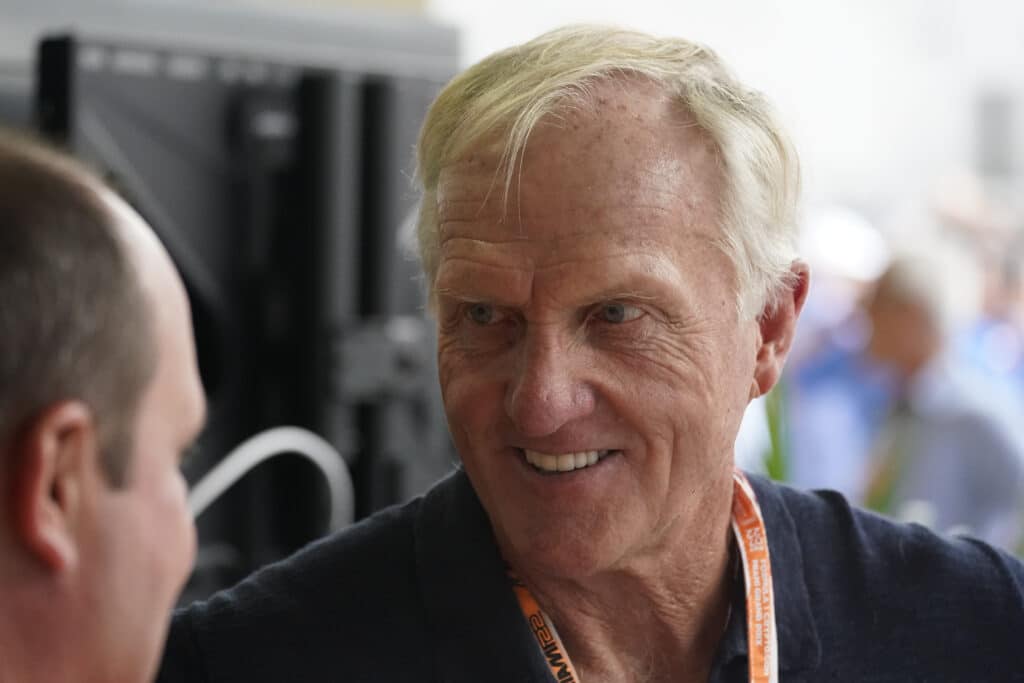 The attack and brutally planned out murder of Journalist Jamal Khashoggi, was far more dastardly than just a “mistake,” as former pro golfer Greg Norman has suggested, and even if he didn’t mean it as such a simplistic answer, he has angered many over it. Norman has spent so many years in front of the camera giving interviews as a world renown sports star, that his criticism of the murder sounded like an explanation for a bad day on the green. As reported by the AP:

LONDON (AP) — Greg Norman’s brushing off of Jamal Khashoggi‘s killing as a “mistake” has been condemned by the fiancee of the late Washington Post columnist.

The former No. 1 golfer is leading a series of Saudi Arabia-funded tournaments in England and has come under criticism for his comments about Khashoggi’s gruesome death on Oct. 2, 2018, at the Saudi Consulate in Istanbul.

“Look, we’ve all made mistakes and you just want to learn by those mistakes and how you can correct them going forward,” the 67-year-old Norman said Wednesday at an event to promote the tournaments.

The Australian noted “the good that the country is doing in changing its culture.”

Khashoggi, who had written critically about Saudi Crown Prince Mohammed bin Salman, had gone into the consulate to collect documents required for him to marry his Turkish fiancee, Hatice Cengiz, and never came out.

Cengiz told the Telegraph newspaper on Thursday that Greg Norman’s comments were “so hurtful.”

“Would you say that if it was your loved one? How can we go forward when those who ordered the murder are still unpunished, and continue to try to buy back their legitimacy?” Cengiz said. “We should not fall for their wealth and lies and lose our morals and common humanity. We should all be insisting on the truth and justice; only then can we look forward with hope and dignity.”

Cengiz’s statement was released by her lawyer, Rodney Dixon, the British newspaper reported. Dixon’s office did not immediately respond to an email from The Associated Press.

Turkish officials said Khashoggi was killed and dismembered with a bone saw inside the consulate by a team of Saudi agents. The group included individuals who worked for the crown prince’s office. His remains have not been found.

Western intelligence agencies and the U.S. Congress said an operation of such magnitude could not have happened without the knowledge of the crown prince.

“I haven’t had a personal conversation with MBS, I’ve never met the guy, but at the same time I do read that the Saudi government has made their statements and comments about it and they want to move forward,” Norman said.

Australian golfer Karrie Webb, who as a young girl idolized Norman, took to Twitter to air her criticism.

“The little girl in me just died well and truly!! Has anyone’s childhood hero disappointed them as much as I am now??” Webb wrote on Thursday.

The first LIV Golf Invitational is scheduled for June 9-11 at Centurion Golf Club outside London, with a 48-man field competing for a $20 million purse over 54 holes. The winner gets $4 million — to date the richest prize in golf — and last place gets $120,000.

Previous Article
Ukrainian circus comes to town, and stays in Italy, amid war
Next Article
After mother’s suicide, Ashley Judd opens up about mental health