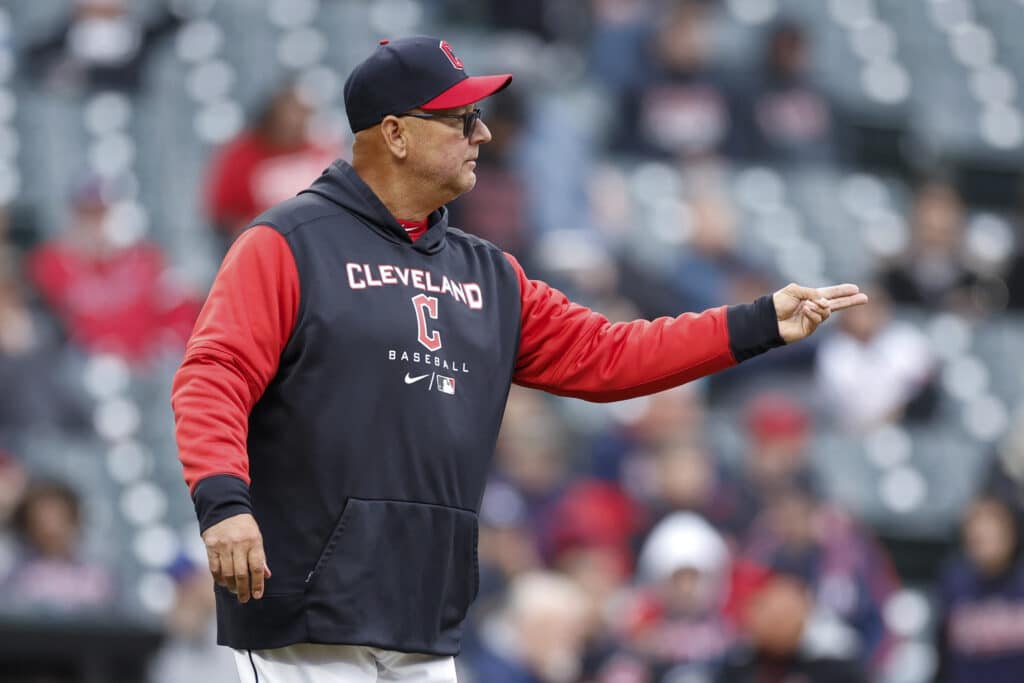 Guardians pitching coach Carl Willis will serve as the team’s acting manager when the coronavirus- hampered team starts a three-game series at Target Field. The Guardians reported no new COVID-19 cases on Thursday, a much-needed day off for them. As reported by the AP:

Here is a look at what’s happening around the major leagues today, from players, to coaches, to the coronavirus

Cleveland pitching coach Carl Willis will serve as the team’s acting manager when the coronavirus-hampered Guardians start a three-game series against the Twins at Target Field.

The Guardians led by Willis, reported no new COVID-19 cases on Thursday, a day off for them. Their game Wednesday in Chicago against the White Sox was called off because of an outbreak — the first postponement in Major League Baseball this season caused by virus concerns.

To this point, no players have tested positive with the virus.

Willis pitched for the Twins from 1991-95. The Guardians are expected to bring up some minor league coaches and instructors to fill out the major league staff in the interim.

Phillies slugger Bryce Harper has a small tear in his right elbow and won’t throw for four weeks. The reigning NL MVP, however, will stay in the lineup as Philadelphia’s designated hitter for the next month.

Manager Joe Girardi says Harper will receive a platelet-rich plasma injection Sunday and won’t play that day at Dodger Stadium. Harper was hitting .269 with six home runs and 19 RBIs going into the series opener at Los Angeles, then homered in the first inning Thursday night.

The 29-year-old star has spent most of his time at DH this year because of his elbow trouble. The small tear in Harper’s ulnar collateral ligament was revealed during a visit with Dr. Neal ElAttrache in Los Angeles earlier in the day.

New York Yankees first baseman Anthony Rizzo is back in Chicago this weekend. Rizzo played for the Cubs for 10 years before he was traded to New York in July. He helped the Cubs win the World Series in 2016 for the franchise’s first title since 1908.

With the Yankees visiting the White Sox, it’s Rizzo’s first major league action in Chicago since last year’s trade. He was a free agent over the winter, but he finalized a $32 million, two-year contract with New York in March.

“I think once I signed again I was really able to shift to being able to root for the Cubs again and root for everyone there,” Rizzo said before the series opener Thursday night. “I have a lot of friends that still work there. I helped build that culture and a lot of things there, so it’s cool to see the traditions that were built during our whole time there still go on.”

Clayton Kershaw is looking as sharp as ever heading into his start at Dodger Stadium against the Phillies.

The three-time Cy Young Award winner is 4-0 with a 1.80 ERA, striking out 32 and walking just three in 30 innings. The 34-year-old lefty has permitted more than one run only once in five starts.

Max Scherzer faces the Seattle Mariners for the first time in eight years when the New York Mets open a homestand on Friday. The NL East leaders have played 10 series this season, winning nine and splitting the other.

Scherzer is 4-1 with a 2.92 ERA in his first season with the Mets, coming off a 3-2 loss at Philadelphia on Sunday when he allowed nine singles and a home run.

Scherzer is 4-2 against the Mariners, all of those decisions coming when he pitched for the Detroit Tigers. He lost 4-0 in his last start on June 1, 2014, at Seattle when he allowed four runs and nine hits in 6 2/3 innings.

Hard-throwing Jordan Hicks pitches again for the Cardinals as they keep trying to stretch him out as a starter.

The 25-year-old righty is aiming to cement a spot in the St. Louis rotation. A reliever until this year, the oft-injured Hicks is 1-2 with a 3.78 ERA in six games. He’s made four starts, not going more than 4 1/3 innings in any of them.

Hicks is set to face the Giants at Busch Stadium.

Cardinals ace Adam Wainwright, meanwhile, threw a bullpen session Thursday and could start Sunday against San Francisco. The 40-year-old righty was put on the COVID-19 IL on May 6, two days after he started at Kansas City.