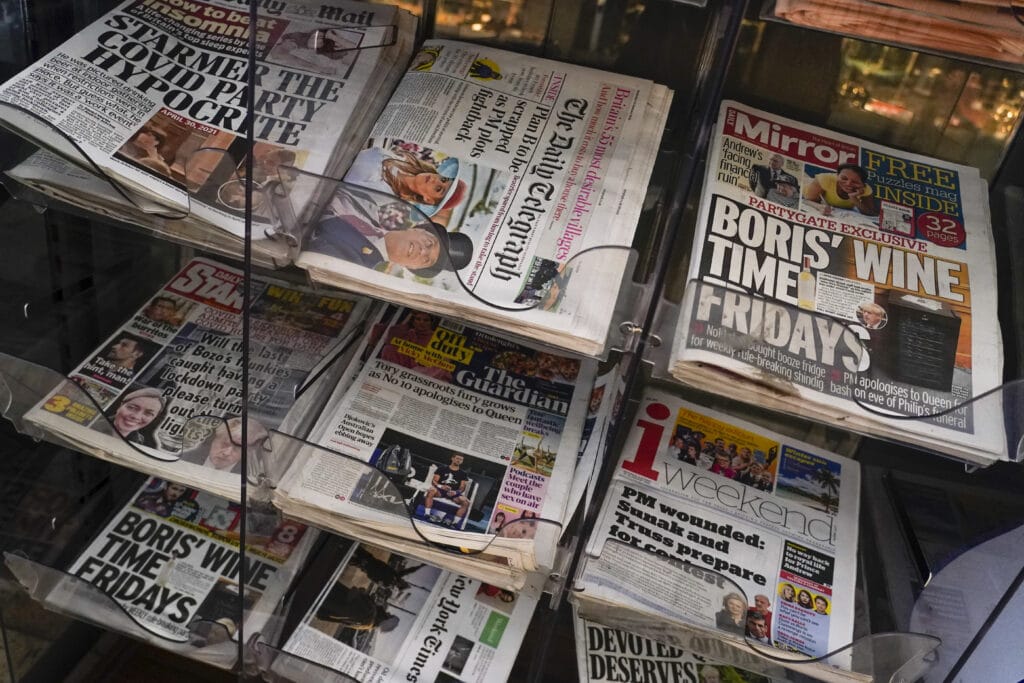 Under fire for throwing parties with his staff during the British lockdown, British Prime Minister may be removed by his own party. The Conservative Party could hold a no-confidence vote and conduct a leadership contest which is composed of two stages. The Associated Press has the story:

LONDON (AP) — Some Conservative lawmakers in Britain are talking about ousting their leader, Prime Minister Boris Johnson, who has been tarnished by allegations that he and his staff held lockdown-breaching parties during the coronavirus pandemic.

If Johnson does not heed calls to resign — and he insists he won’t — he could be toppled through a no-confidence vote.

Here’s how the Conservative Party goes about challenging and changing leaders.

A no-confidence vote in the party leader is triggered if 15% of Conservative lawmakers — currently 54 — write a letter to Graham Brady, head of a powerful group of Conservative legislators known as the 1922 Committee. It is called that because it was founded by lawmakers first elected that year to consolidate their power inside the party.

Letters can be delivered in person, by post or by email, and no one but Brady knows how many letters he has already received.

If Brady receives 54 letters, he will call a no-confidence vote, to be held within hours or days, in which all 359 Tory legislators can cast secret ballots. Johnson would need 180 votes to win. If he gets that many votes, there could not be another challenge for a year.

If Johnson loses, he would resign and a party leadership contest would be held in which he would be barred from running. He would remain party leader and prime minister until a replacement is chosen.

Conservative leadership contests have two stages. In the first stage, Conservative lawmakers hold an initial vote on all the candidates. The candidate with lowest number of votes drops out, and voting continues until there are two contenders left.

If there are only two candidates, they proceed to the second stage. In that part, the final two candidates are put to a vote of the full party membership across the country.

In the last leadership contest in 2019, a field of 10 candidates was whittled down to Johnson and former Health Secretary Jeremy Hunt. Johnson won handily with about two-thirds of postal votes cast by party members.

The winner of the vote becomes Conservative Party leader and prime minister, without the need for a national election.

Any Conservative legislator is eligible to run to replace Johnson as party leader. The two names most often mentioned are Foreign Secretary Liz Truss and Treasury chief Rishi Sunak, both senior ministers with strong followings in the party.

Other possible contenders include Deputy Prime Minister Dominic Raab, who ran against Johnson last time; Cabinet Minister Michael Gove, one of the most powerful members of Johnson’s government; Health Secretary Sajid Javid, who leads the country’s coronavirus response; and Hunt, who has said he hasn’t abandoned hope of becoming prime minister one day.