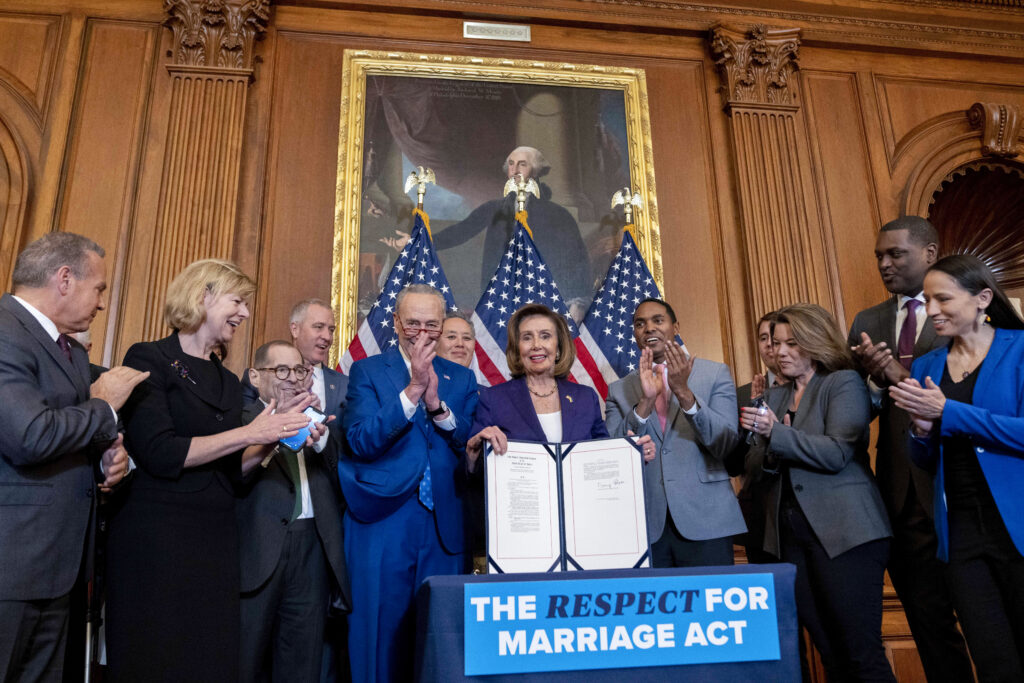 A bill to rescind the COVID-19 vaccine mandate for members of the U.S. military and provide nearly $858 billion for national defense passed the House on Thursday as lawmakers scratch off one of the final items on their yearly to-do list. The bill provides for about $45 billion more for defense programs than President Joe Biden requested, the second consecutive year Congress significantly exceeded his request, as lawmakers seek to boost the nation’s military competitiveness with China and Russia. The House passed the bill by a vote of 350-80. It now goes to the Senate, where it is expected to pass easily, then to the president to be signed into law. The Associated Press has the story:

The U.S. House has passed a massive bill to fund the Defense Department for fiscal year 2023, teeing up a final vote in the Senate in the coming days that would send the $858 billion behemoth to President Joe Biden’s desk, where he is expected to sign it.

The bill passed the Democratic-controlled House with a strong bipartisan majority, 350 in favor to 80 votes against it.

Among the more than 4,000 pages of legislation is a requirement that the Pentagon drop its Covid vaccine mandate for active duty servicemembers within 30 days of its enactment.

The mandate, originally put in place last year, recently emerged as a lightning rod for conservative Republicans, who threatened to sink the entire bill if it wasn’t rescinded.

The National Defense Authorization Act (or NDAA) was released Tuesday night, after weeks of backroom negotiations.

Biden and Defense Secretary Lloyd Austin have both publicly said they oppose the provision ending the vaccine mandate.

But the Democratic chairman of the House Armed Services Committee, Rep. Adam Smith of Washington, said on the House floor Thursday that it was the right time to end the vaccine requirement. His comment was seen as a strong signal that the White House will back the final bill.

Biden’s Press Secretary Karine Jean-Pierre would not confirm or deny Wednesday that Biden would sign the bill, instead telling reporters that Biden is “going to look at the NDAA in its entirety, and make his judgment on that.”

The House was initially scheduled to vote on the bill Wednesday afternoon. But its procedural path through the Rules Committee was stalled after members of the Congressional Black Caucus sought to force the inclusion of the John Lewis Voting Rights Act in the bill.

The NDAA is an annual tradition in Congress, where it is considered a “must-pass” bill because its enactment is required in order for military service members to receive their pay and benefits on time after Jan. 1, 2023.