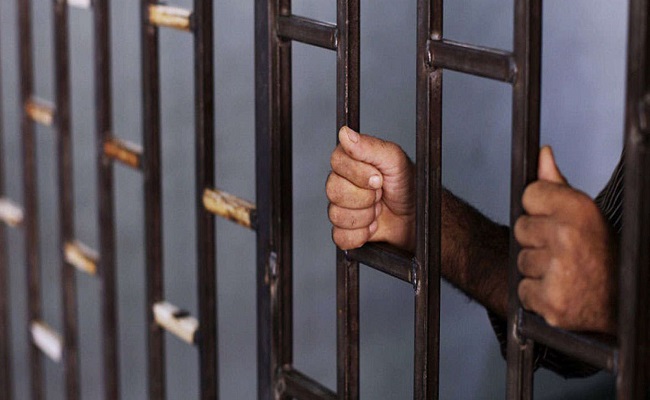 Human Rightsin in Algeria \ Newslooks. On November 11, 2022, Algeria’s human rights record was discussed at the United Nations Human Rights Council in Geneva. Minister of Justice Abdel Rashid Tabib represented the Algerian government.
It is noticeable in the minister’s pleading that he presented a false picture and the closest thing to fiction, as his ridiculous report did not go beyond the nonsense language and was a feeble attempt to polish the dark face of the Algerian rulers.
However, the interventions of some delegates confirmed that the matter was beyond the ministers’ imagination, who found himself in a fragile situation defending a party that was condemned several times by the committees of the UN Council.
The Algerian minister came loaded with theoretical words to falsify the facts, as follows:
First: Algeria respects rights, and its laws guide the arrangement of political and judicial life and his complete denial of all violations and denial of the existence of prisoners of conscience in Algeria.
Second: Attempts to dilute the international examination towards marginal issues or towards countries such as Morocco, which received great disapproval from its Moroccan counterpart.

The truth is that in Algeria, serious violations are spreading and escalating. Since the outbreak of the popular movement in 2019, things have become more complicated, which we will summarize in the following axes:

1- The state is being militarized to the extreme, and Algeria has turned into a giant prison since the military institution imposed all its options through fraudulent electoral dues, which the Algerians boycotted and amounted to a complete boycott in the Kabylie region.

2- Algeria is a police state, freedom of expression is under constant violation, and communication networks are under the supervision of specialized agencies. Not to forget the prosecutions, arrests, and extortion of girls and young men after hacking their pages and accounts.
3- Torture, rape, and harassment of male and female detainees have become systematic in security offices and prisons, especially secret ones, where many cases have been recorded, including those related to minor children, which the authorities ignore, and even in some instances, after media and human rights pressure, they claimed to have opened investigations. However, they did not do so and did not conclude.

4- The use of terrorism, in a broad and vengeful way, to intimidate the Algerian population and prevent them from returning to demonstrations through fabricated accusations by security services. Thus everyone who opposes the authority is accused of terrorism and is exploited in issuing harsh sentences on people who wrote leaflets calling for change or refused Military intervention in the political and media scene.

5- The domestication of media and pressure on it, and the prosecution of journalists and intellectuals to the point where the journalist is turned into a terrorist by fabricating charges in bogus cases made with confessions through coercion and torture or fabricated by security investigators.
In this context, there are journalists in prison on serious charges, such as Hassan Bouras, as well as the prosecution of the journalist Hisham Abboud with many sentences on charges of terrorism, and the judiciary is calling for the execution of journalist Abdo Samar, and many journalists, jurists, and academics who are subject to terrible pressure through courts that are subject to military barracks.

6- Plans to assassinate and kidnap political activists and media professionals through cells affiliated with intelligence, and even reached the limit of cooperation with mafia networks, including those affiliated with the Iranian Revolutionary Guard, to carry out killings or kidnappings of Algerians in Turkey and Europe.
7- Preventing demonstrations, depriving them of peaceful expression, and recruiting secret services to intimidate anyone who thinks of peaceful activities of a political nature that opposes the directions of the authority subject to the Army Staff Command.

8- The Algerian government is trying to export its dark human rights image abroad, especially to Morocco. It ignores a hazardous case related to the Tindouf camps that exist on its territory, which has become a scene of human rights crimes, Where there are significant violations by a parallel authority represented by the Polisario, which practices torture, tyranny, and corruption and has secret cells outside the authority of the Algerian state.
The camps are for refugees, but in reality, they have turned into detention centers detaining thousands without the right to move or practice their everyday lives nor the minimum rights imposed by international covenants.
Children are recruited for the military and denied education, many of them molested by Polisario security personnel without any protection from the Algerian authorities, which bears legal responsibility towards them.
Violence against women is a common practice in the camps, with many cases of rape, girls under age forced into marriage, white slavery traded, women forced to marry multiple times, patients forced to give birth, and deprivation of water, food, medicine and safe shelter for anyone who criticizes the Polisario.

9- Recording many transgressions within the military institution, where revenge is taken against the military for the slightest suspicion, especially criticism of the leadership’s decisions, fabricating charges of corruption and treason against non-commissioned officers and soldiers, and taking revenge on them with harsh sentences in military courts that do not meet the minimum conditions for a fair trial.
Expulsion from work and housing, deprivation of retirement, pension, health insurance, and travel bans affect the vast majority of army retirees by security decisions, not judicial decisions.

10- Assassinations of senior officers and officials in the army, such as the assassination of Deputy Defense Minister Qaid Saleh, who died in mysterious circumstances, with no legal measures or investigation taken to reveal his death’s circumstances.
There have been cases of torture of current and former military personnel in intelligence stations, as in Garmit Bonwera’s case, whom Turkey handed over to Algeria following a phone call between Tebboune and Erdogan. Intelligence sources confirmed that Garmit Bonwera was tortured and is currently in a wheelchair in a secret prison, so as in many other cases That happen, far from reckoning and punishment.
What is happening in Algeria in terms of human rights imposes many urgent measures at the national and international levels:
1- International organizations move to defend prisoners of conscience and protect activists, jurists, journalists, and politicians – men and women – from the oppression of the security services.
2- Countries that defend rights and freedoms, led by the United States of America, must assume responsibility and pressure the military authorities to release prisoners of conscience, stop persecuting citizens because of their opinions, and liberate the judiciary from the influence of the generals.
3- The United Nations must take action to protect human rights in the Tindouf camps, holding the Algerian government responsible for the Polisario’s violations and holding all those involved accountable.
4- – Protecting Algerians abroad from the intelligence networks affiliated with the Algerian embassies, which intimidate, target, and blackmail them through their families in Algeria, where many families are subject to pressure, injustice, deprivation of rights, expulsion from work, arbitrary arrest and enforced disappearance due to the activities of one of the family members, against tyranny and corruption in Algeria by one family members.