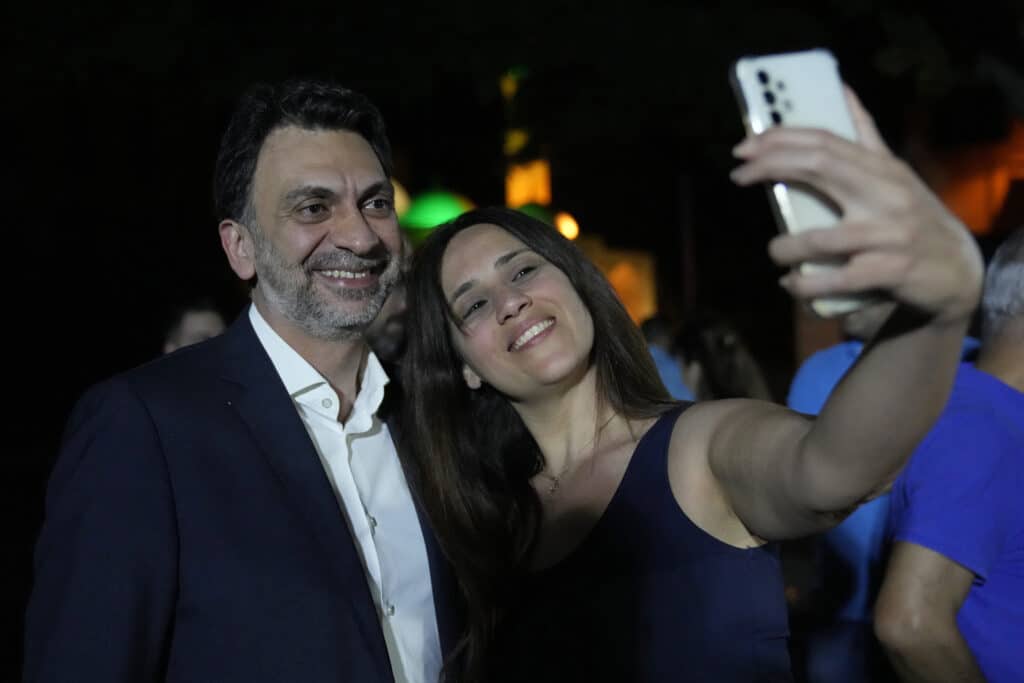 The unexpectedly strong showing by civil society activists in Lebanon restored some hope among despairing Lebanese that change in their ailing country is possible, and could be just around the corner, the nation has suffered some of the most brutal living conditions it has ever seen. Many worry the incoming parliament will exacerbate polarization and paralysis at a time when the country is dealing with one of the worst economic meltdowns in history. As reported by the AP:

The independents who won seats are a motley group of doctors, professors, professionals, and activists from across Lebanese society and from a variety of religious sects

Soon he’ll be able to walk in through the front door. The dentist from the northern city of Tripoli is among 13 independent newcomers who won seats in parliament in May 15 elections, building on the protest movement seeking to break the long domination by traditional parties.

The unexpectedly strong showing by civil society activists restored some hope among despairing Lebanese that change in their ailing country is possible.

But the nascent reform movement is fragmented and faces enormous challenges in fighting an entrenched ruling clique.

Many worry the incoming parliament will exacerbate polarization and paralysis at a time when the country is dealing with one of the worst economic meltdowns in history. It is hobbled by divisions between the old guard and newcomers, as well as between supporters and opponents of the powerful militant group Hezbollah.

In the run-up to the elections, candidates drawn from the protest movement that formed in October 2019 ran on competing lists.

Broadly, they share the view that the decades-old grip on power by civil war-era warlords and sectarian-based political dynasties is the root cause behind rampant corruption, mismanagement, lack of services and lack of accountability that have driven the country into ruin.

But in the details, they are divided on almost everything, from their approach to reforming the economy and restructuring the collapsed banking sector, to their views on Hezbollah’s weapons and whether disarming the Iranian-backed group should be prioritized.

Still, it is no small accomplishment that they were able to break through despite an electoral law tailored for a ruling class with enormous power at its disposal. The elections were a setback for the Hezbollah-led coalition, which lost its majority in the 128-seat parliament, though it remains the largest bloc.

“This is the first achievement by the Thawra (Arabic for revolution) because we were able to get in,” Finge, 57, told The Associated Press at his modest home in Lebanon’s impoverished city of Tripoli this week.

“And from inside we will work with all our strength and courage to … dismantle this corrupt ruling class, which is destined to fall no matter how long it takes,” he said.

Like his colleagues from the protest movement, Finge was subjected to all kinds of pressure and intimidation in the past two years. He proudly recalled the exuberant protests in Tripoli and Beirut that filled the squares starting in late 2019, when police would fire volleys of tear gas and pellets at demonstrators who often tried to scale the giant security barriers around parliament.

In February 2021, he was summoned by security and questioned about a makeshift kitchen he had set up in Tripoli distributing food to protesters and the needy. He called it Matbakh al Thawra, or the Revolution Kitchen.

The independents who won seats are a motley group of doctors, professors, professionals, and activists from across Lebanon and from a variety of religious sects.

Among them is Firas Hamdan, a 35-year-old lawyer and activist who was hit in the chest by a rubber bullet fired by parliament police during a protest. Elias Jaradeh, an eye surgeon, won a seat held for 30 years by a pro-Syrian politician. Najat Aoun, a chemistry professor and environmental activist, was one of four women independents who won, bringing the number of women in parliament from six to eight.

The newcomers say they plan to form a unified bloc to strengthen their influence in parliament, but that won’t be easy considering what they are up against.

Their mere presence in parliament is a decent start, but the challenge now is to organize and implement a program, Bilal Saab, senior fellow and founding director of the defense and security program at the Middle East Institute, wrote in an analysis.

“This obviously will be very difficult given the still considerable power of Hezbollah and its allies, and the next presidential race in October will show the immediate impact of these parliamentary elections,” he wrote.

The first test will be at parliament’s first meeting, expected in the coming days, when lawmakers must elect a speaker. The 84-year-old incumbent, Nabih Berri, has held the position for the past 30 years and is running again for a seventh term, so far uncontested. The powerful head of the Shiite Amal militia is seen by many as the godfather of Lebanon’s corrupt sectarian-based and elite-dominated political system.

Independents and some of the Christian parties in parliament have said they will not vote for him, risking his re-election with a much slimmer than usual majority from mainly Shiite parties. Some have speculated Berri may refrain from calling for the inaugural session, which according to the constitution must be held before June 6, if he is not assured of the desired number of votes he will get.

“For us, it’s clear that we will not elect any symbol of the ruling class, including Speaker Berri,” one of the new independents, 46-year-old architect Ibrahim Mneimneh, told AP. He acknowledged, however, that they have yet to develop a clear alternative course of action.

A bigger test will be formation of a cabinet that can win parliament’s confidence on key issues such as an economic recovery plan, finalizing a bailout deal with the IMF, resuming the stalled investigation into the 2020 blast at Beirut port, and how to deal with the longtime Central Bank governor. The top banker is being investigated locally and in several European countries on charges of money laundering and embezzlement. Backed by the ruling class, he remains in his position despite a financial meltdown.

Finally, the new parliament will have to elect a new president when President Michel Aoun’s six-year term ends on October 31, with no clear successor.

Analysts fear inability to agree on these milestones will lead to a protracted paralysis with disastrous economic and social consequences.

David Hale, former U.S. under-secretary of state for political affairs and a former ambassador to Lebanon, had a bleak view in a commentary for the Wilson Center headlined “Lebanon’s Election Offers no Salvation.”

“It is hard to insert a la carte independents into a system favoring fixed price menus, especially if independents don’t form coalitions of their own, as they failed to do,” he wrote.

Mneimneh said the traditional parties have many powerful tools through which they can pressure and obstruct.” The independents’ strongest tool is to try to rally the street, he said.

“I think this is the most difficult thing today because there is no equal balance between us and them.”

By ZEINA KARAM and LUJAIN JO