In Pennsylvania, Biden to highlight aid to small businesses 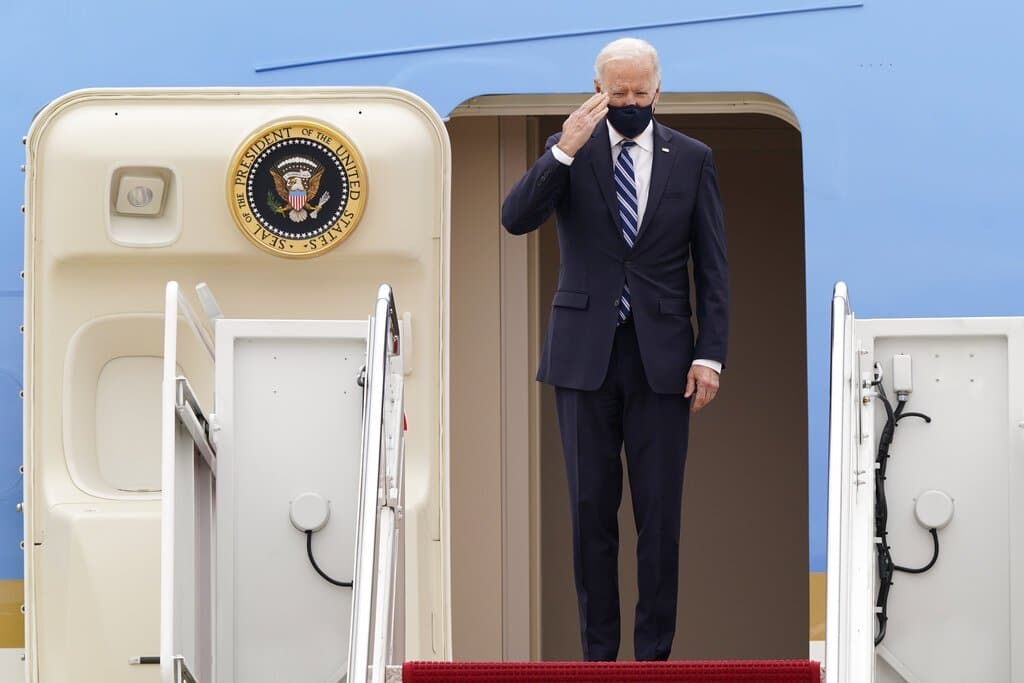 WASHINGTON (AP) — After opening his presidency by playing down expectations for combating the pandemic, President Joe Biden and his top messengers are touring the country to raise hopes over his $1.9 trillion relief package.

The president — as well as his vice president and his wife — is promising that the spending will bring transformational change by halving child poverty, fueling record levels of hiring and pumping money to parents, schools and state and local governments. It’s a sharp turn from the start of the Biden administration, when vaccination goals were relatively modest and Americans were warned the country might not return to normal until Christmas.

Biden on Tuesday joins top messengers already crisscrossing the country to highlight the benefits of the plan, specifically focusing on aid for small businesses.

He was set to visit a small business in suburban Philadelphia, his first trip outside Washington for the “Help is Here” tour. Vice President Kamala Harris and husband Doug Emhoff were reinforcing the small business theme Tuesday with stops in Colorado.

Biden’s administration estimates that 400,000 small businesses have closed because of the pandemic and millions more are barely surviving. His aid package includes a $28 billion grant program to support restaurants and drinking establishments. There are also $15 billion in flexible grants that can be allocated.

To drive home the point, Biden will visit Smith Flooring Inc. in Chester, Pennsylvania, a Black-owned business that supplies and installs flooring, that saw revenue fall about 20% during the pandemic. The business recently qualified for a federal Paycheck Protection Program loan during a two-week window that ended earlier this month in which the Biden administration focused the program exclusively on helping small businesses with 20 or fewer employees.

Smith Flooring, which during peak times has 22 employees but currently is employing 12 workers, is using the loan to help retain workers and upgrade technology. Borrowers are eligible for forgiveness if they meet certain requirements, including devoting at least 60% of the proceeds to payroll expenses.

Harris, meanwhile, held a virtual chat with the operators of a Fort Lupton, Colorado, vaccine clinic and was scheduled to meet later Tuesday with small-business owners in Denver.

The second day of the vice president’s tour to publicize the virus relief was disrupted because of a mechanical issue with the government plane that flew the vice president to Las Vegas and Los Angeles on Monday. A smaller backup plane was sent to fly her to Denver, relegating most of her staff, Secret Service and a small group of reporters to fly on a cavernous cargo plane.

Because of the plane issue, Harris scratched her plan for her visit to the vaccine clinic, Plan De Salud Del Valle Inc., and instead spoke with the clinic’s staff over Zoom. She praised their work, making particular note of the clinic’s focus on helping minority communities get vaccinated.

“The President and I from the beginning of this have made it one of our highest priorities to make sure that we are taking into account racial disparities, and that we supply folks on the ground with the resources you need so that we have equitable outcomes,” she said.

The White House is wasting no time promoting the relief plan, which Biden signed into law last week, looking to build momentum for the rest of his agenda and anxious to avoid the mistakes of 2009 in boosting that year’s recovery effort. Even veterans of President Barack Obama’s administration acknowledge they did not do enough then to showcase their massive economic stimulus package.

The president, speaking Monday in Washington, declared that “hope is here in real and tangible ways.” He said the new government spending will bankroll efforts that could allow the nation to emerge from the pandemic’s twin crises, health and economic.

“Shots in arms and money in pockets,” Biden said at the White House. “That’s important. The American Rescue Plan is already doing what it was designed to do: make a difference in people’s everyday lives. We’re just getting started.”

Biden said that within the next 10 days, his administration will clear two important benchmarks: distributing 100 million stimulus payments and administering 100 million vaccine doses since he took office. It will have taken about 60 days to administer those doses, a pace much faster than the 100 days that Biden initially promised.

To commemorate those milestones, Biden and his top representatives are embarking on their most ambitious travel schedule of his young presidency, visiting a series of potential election battleground states this week.

Senate GOP leader Mitch McConnell dismissed the target of doses that Biden set when he took office as “not some audacious goal” but just the pace that he inherited. And he mocked Biden’s talk of Americans working toward merely being able to gather in small groups by July Fourth as “bizarre.”

Superville reported from Las Vegas and Madhani from Chicago.