‘In the Heights’ may be landmark Latino movie 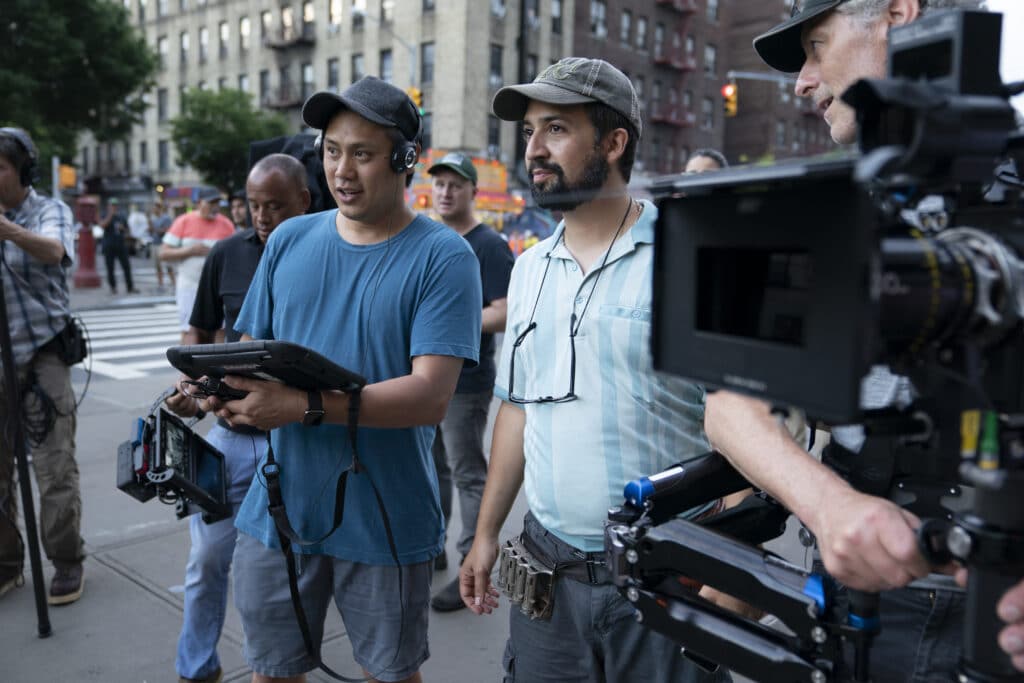 Latinos are hoping the new movie “In the Heights” may provide a new beginning on the big screen for the largest minority group in the country. The movie is full of big stars, like Jon M. Chu and Jimmy Smits, and received praise from legendary actor John Leguizamo. The Associated Press has the story:

Latinos front and center in entertainment as ‘In the Heights’ released

The hype for “In the Heights” has brought great expectation for Latinos in the United States, a group that’s been historically underrepresented and widely typecast in films. And with upcoming titles like “Cinderella” with Cuban-American singer Camila Cabello, “The Hitman’s Wife’s Bodyguard” with Mexican star Salma Hayek and Steven Spielberg’s revival of “West Side Story,” this seems to be just the beginning of a string of productions that place Latinos front and center.

“In the Heights,” which opens Friday, is an adaptation of the Tony-award winning musical by Lin-Manuel Miranda and Quiara Alegría Hudes about the hopes and struggles of residents of New York City’s Washington Heights. Directed by Jon M. Chu (“Crazy Rich Asians”), many hope it will mark a new beginning on the big screen for the largest minority group in the country — one that mirrors shifts that have already happened for Black and Asian actors and creators.

“You know, every decade there’s, ‘Is this movie gonna break through? Or is this particular music style gonna break through? Or this particular performer or singer? Are they gonna open the doors for a kind of explosion?’”, says Jimmy Smits, who is of Puerto Rican descent. “I think the dynamics right now in terms of where we are culturally, just in terms of our population, and the potential economic power that we have, … the universe aligned in a nice way.

“You have this beautiful collage of people in the community,” says Smits, the star of “NYPD Blue” and “West Wing” who plays Kevin Rosario, a single father and the owner a taxi cab service, in “In the Heights.” “It’s the immigrant experience that’s been part of the fabric of this country since it started. And it’s positive. So we need that right now after the pandemic.”

“I think that ‘In the Heights’ is gonna be THE project that changes the whole thing finally,” says the Colombian-American actor and playwright, who started his career on film and television but, like Miranda, found a place to tell his stories — and validation of this work — on and off Broadway.

Leguizamo, who won a special Tony Award in 2018 for his commitment to bringing diverse stories and audiences to Broadway through his one-man shows including “Freak, “Ghetto Klown” and “Latin History for Morons,” says he’s been pitching stories to Hollywood for 30-plus years.

He found success on the stage “because there aren’t any gatekeepers in theater,” he says. “I just needed to write something dope, get somebody to produce it and the audience was so hungry for it. They were dying to see themselves!”

About 60.6 million Hispanics live in the United States, the Census Bureau estimates. And many are devoted filmgoers: Latinos have consistently led the box office, reaching 29% of tickets sold, according to the latest Motion Picture Association report on theatergoers.

Awards recognition, too, has been elusive. This year’s Oscars featured a diverse slate of nominees, but no Latino performers.

“I think our absence at the Oscars was appalling,” Leguizamo says. “(But) the Oscars is the symptom; the disease is Hollywood. We need more Latin executives making decisions.”

In 1951, Puerto Rican José Ferrer became the first Latino actor to receive an Academy Award for his leading role in “Cyrano de Bergerac.” The same decade, Mexican-born Anthony Quinn got two for best supporting actor, for “Viva Zapata!” (1953) and “Lust for Life” (1957). Puerto Rican Rita Moreno became the first Latina to get the best supporting actress award in 1962 as Anita in “West Side Story.”

Since then, only one more Latino has been recognized in the supporting actor category: Puerto Rican Benicio del Toro for 2000’s “Traffic.” Spaniards Javier Bardem and Penélope Cruz got supporting roles awards in 2008 and 2009, for “No Country for Old Men” and “Vicky Cristina Barcelona,” respectively. Kenyan actor Lupita Nyong’o, who was born in Mexico, won the same prize in 2014 for “12 Years a Slave.”

No Latina has won best actress at the Oscars, and few have even been considered. Hayek was nominated for the English-language movie “Frida,” but other contenders competed for performances in foreign language films: Fernanda Montenegro for Brazil’s “Central Station,” Catalina Sandino Moreno for Colombia’s “Maria Full of Grace” and Yalitza Aparicio for Mexico’s “Roma.”

Rita Moreno, an Emmy, Grammy, Oscar and Tony winner whose career spans seven decades, says she has seen huge progress for women and other minorities in Hollywood.

“What still concerns me mightily and profoundly is that Hispanics haven’t gotten their hold on our profession,” she says in an interview ahead of the release of the documentary “Rita Moreno: Just a Girl Who Decided to Go for It.” “I don’t know what the hell is wrong. I don’t know what is not working right. The Black community has done incredibly, and I have nothing but the deepest admiration for the Black professional community. They’ve done it. And I think we can take some lessons from them. But where is our ‘Moonlight’? Why are we not advancing?”

“It’s very complicated. People forget that we’re not just Hispanic,” she says. “Maybe the answer, or the beginning of the answer, lies in some kind of summit.”

At 89, and despite all the titles coming this year, she doesn’t expect to see this happen in her lifetime: “My age forbids it. But I sure as hell hope something happens. I can’t believe we’re still struggling the way we are.”

Behind the camera, many Latin American artists have been recognized at the Oscars in different areas, most recently and prominently “The Three Amigos” — Alfonso Cuarón, Alejandro González Iñárritu and Guillermo del Toro, all Academy Award winning directors from Mexico.

Leguizamo, who has been very vocal about the lack of representation in Hollywood, includes them on the list of achievements: “They are from our culture and they are like us. I just wish it was easier to make it in America as a Latin artist.”

However, he says he’s seen an important change during the COVID-19 pandemic and with the rise of the Black Lives Matter movement.

“The studios woke up,” says Leguizamo, who is now in talks to direct a few projects, including one he’s written. “I think everybody is making moves to change into being inclusive. I see it from small producers, directors in their offices, in their casting. I see it at Viacom. I see it at Univision. I see it at Netflix. I see it everywhere!”

Spielberg’s “West Side Story,” set for December 10, includes a Latino cast this time around. Many “Puerto Ricans” in the original were white actors in brown makeup and, although widely successful, the 1961 movie was also criticized for portraying Latinos in a stereotypical way.

Beyond that, studios are working on a “The Father of the Bride” remake with music star Gloria Estefan alongside Andy Garcia (both Cuban-American.) “Encanto,” the first Walt Disney Animation Studios movie co-directed by a Latino woman, Charise Castro Smith, about a young Colombian girl who’s frustrated she’s the only member of her family without magical powers, is also premiering this year.

“It’s terrifying sometimes,” says Castro Smith, who is of Cuban descent, “but is also one of the reasons I decided to do this, because it means the world to me for little brown kids everywhere to get to see themselves and to see themselves represented in a positive way and feel seen.”

Anthony Ramos, who leads the cast of “In the Heights” as Usnavi, the character originally played by Miranda on the stage, says that “now is an incredible, beautiful moment where we can capitalize on Hollywood being receptive to what is naturally happening in the streets.”

He praised filmmakers like Spike Lee and movies like “Black Panther” for helping pave the way, and Miranda for “writing himself into history.”

Miranda, who became a superstar with the Broadway hit “Hamilton” and since then has been working also on TV and film, says “the way time has caught up to ‘In the Heights’, I think, is we have learned as people of color to build a coalition around ourselves and advocate for ourselves.”