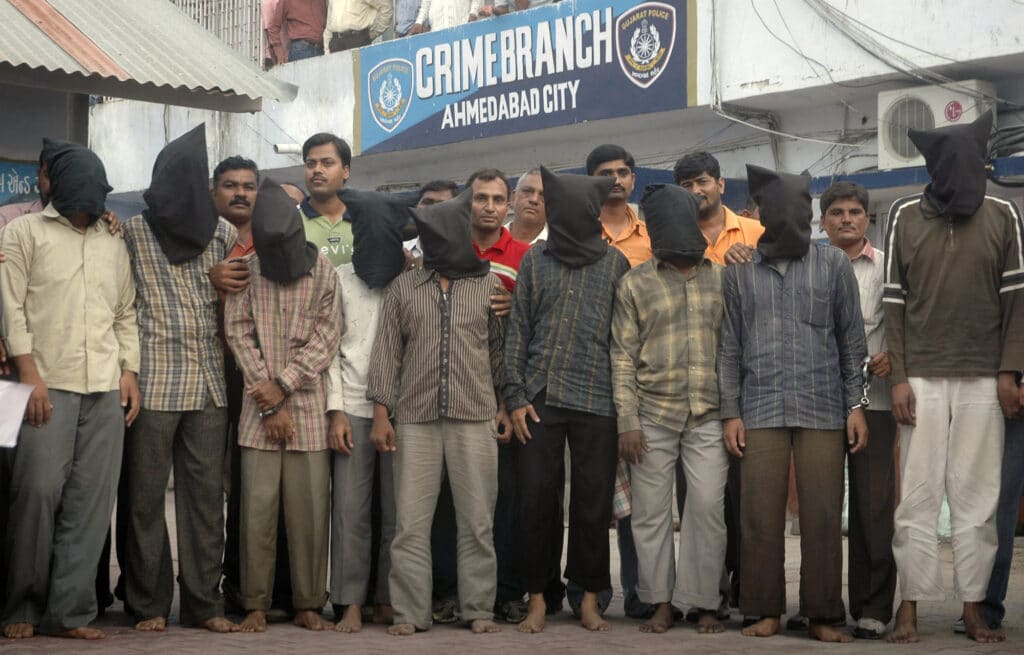 It was the first time that so many accused have received death sentences in a single case in India, and now the sentences must be confirmed by a higher Indian court, before moving to the execution phase. The attacks in Ahmedabad 13 years ago underscored communal tensions that are still reverberating in India today, as tensions stay high. As reported by the AP:

The group planned the bombings as revenge for the 2002 Hindu-Muslim violence in Gujarat in which more than 1,000 people, most of them Muslims, were killed

NEW DELHI (AP) — A court in India on Friday sentenced to death 38 people for a series of bomb blasts in 2008 that left more than 50 dead in Gujarat state, which has a history of violent clashes between Hindus and Muslims.

It was the first time that so many accused have received death sentences in a single case in India. The sentences must be confirmed by a higher court.

The Indian attacks in Ahmedabad 13 years ago underscored communal tensions that are still reverberating in India.

A militant Islamic group called Harkat-ul-Jihad-al-Islami claimed responsibility for the bombings. It was considered to be Pakistani based but apparently is no longer active.

The Indian Mujahideen, a radicalized faction of the banned Students Islamic Movement of India, also was involved, said Sudhir Brahmbhatt, a government prosecutor in the case, citing police documents.

The group planned the explosions as revenge for the 2002 Hindu-Muslim violence in Gujarat in which more than 1,000 people, most of them Muslims, were killed, the Press Trust of India news agency said. It was some of the worst religious violence India has seen since its independence from Britain in 1947.

The unrest was triggered by a fire on a train packed with Hindu pilgrims that killed 60 passengers. The cause was never proven, but Hindu extremists blamed the deaths on Muslims and reacted by rampaging through Muslim areas.

India’s Prime Minister Narendra Modi was the chief minister — the top elected official — of Gujarat at the time. There were long-standing allegations that he didn’t do enough to stop the devastating religious riots. He has denied the accusations.

On Friday, Indian Judge A. R. Patel also sentenced 11 people to life imprisonment in the case in which more than a dozen bombs went off in several parts of Ahmedabad on July 26, 2008.

All the 49 convicts are Muslims, Brahmbhatt said, adding that only one Hindu was arrested and acquitted by the court.

The judge described the case as the “rarest of rare,” Arvind Patel, another prosecutor, told reporters.

A group of people lit firecrackers and distributed sweets, hailing the verdict at one of the blast sites in Ahmedabad in western India.

The attacks occurred in two waves with explosive devices hidden in lunchboxes and bicycles. The first blast took place near crowded busy shopping centers in Ahmedabad and the second about 20 minutes later in and around hospitals where casualties were being taken.

Patel last week convicted the accused of charges of murder, conspiracy to wage war against the state and illegal possession of arms. He acquitted 28 others for lack of evidence. The trial concluded in September.

India’s overburdened courts are notorious for delays in trials with nearly 40 million cases pending across the country. 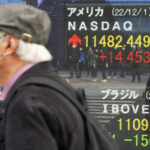