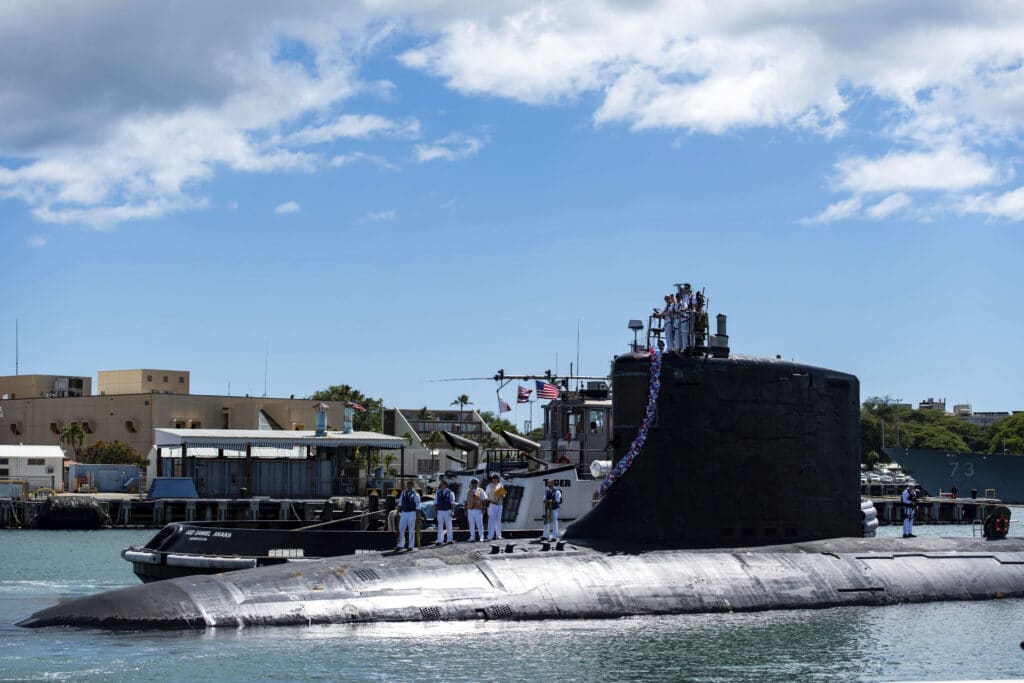 This new deal is about helping to equip Australia with nuclear-powered submarines and bolster its alliance with the U.S. and Great Britain. Australia will build eight nuclear submarines, with the expertise of the United States, while backing out of a deal it had with France to build diesel-electric subs. The Associated Press has the story:

WELLINGTON, New Zealand (AP) — The U.S., Britain and Australia have announced they’re forming a new security alliance that will help equip Australia with nuclear-powered submarines. The alliance will see a reshaping of relations in the Indo-Pacific region and beyond. Here’s what it might mean for various players:

Ten years ago, under President Barack Obama, the U.S. began discussing the need to focus more attention on the Indo-Pacific region while pivoting away from conflicts in the Middle East. Under President Joe Biden, the U.S. has now withdrawn its troops from Afghanistan while finding that tensions with China have only grown. In the Pacific, the U.S. and others have been concerned about China’s aggressive actions in the South China Sea and its antipathy toward Japan, Taiwan, and Australia. In announcing the deal, none of the three leaders mentioned China, although the alliance was seen as a provocative move by Beijing. The U.S. had previously only shared the nuclear propulsion technology with Britain. Biden said it was about ensuring peace and stability in the Indo-Pacific over the long term.

Leaving the European Union under Brexit has left Britain seeking to reassert its global position. Part of that has been an increased focus — or tilt — toward the Indo-Pacific. British Prime Minister Boris Johnson said the new alliance would allow the three nations to sharpen their focus on an increasingly complicated part of the world. He said that perhaps most significantly, it would bond the three nations even more closely together.

Under the arrangement, Australia will build at least eight nuclear-powered submarines using U.S. expertise, while dumping a contract with France for diesel-electric subs. Experts say the nuclear subs will allow Australia to conduct longer patrols and give the alliance a stronger military presence in the region.

Australian Prime Minister Scott Morrison said he had called the leaders of Japan and India to explain the new alliance. Japan, India, Australia and the U.S. already have a strategic dialogue known as “the Quad.” Biden is set to host fellow Quad leaders at the White House next week.

China said the alliance would severely damage regional peace and stability and jeopardize efforts to halt nuclear weapon proliferation. It said it was “highly irresponsible” for the U.S. and Britain to export the nuclear technology, and that Australia was to blame for a breakdown in bilateral relations.

“The most urgent task is for Australia to correctly recognize the reasons for the setbacks in the relations between the two countries and think carefully whether to treat China as a partner or a threat,” said Zhao Lijian, a spokesperson of China’s Ministry of Foreign Affairs.

Beijing has been unhappy with the Biden administration calling it out over human rights abuses in the Xianjing region, the crackdown on democracy activists in Hong Kong, and cybersecurity breaches. Biden spoke by phone with China’s President Xi Jinping last week. After the call, the official Xinhua News Agency reported that Xi expressed concerns that U.S. government policy toward China has caused “serious difficulties” in relations.

Australia told France it would end its contract with state majority owned DCNS to build 12 of the world’s largest conventional submarines. The contract was worth tens of billions of dollars. France is furious, demanding explanations from all sides.

“It was really a stab in the back. We built a relationship of trust with Australia, and this trust was betrayed,” said French Foreign Minister Jean-Yves Le Drian on France-Info radio.

Left out of the new alliance is Australia’s neighbor New Zealand. It has a longstanding nuclear-free policy that includes a ban on nuclear-powered ships entering its ports. That stance has sometimes been a sticking point in otherwise close relations with the U.S. Prime Minister Jacinda Ardern said New Zealand wasn’t asked to be part of the alliance and wouldn’t have expected an invitation. Still, it leaves New Zealand out of a deal to share a range of information including artificial intelligence, cyber and underwater defense capabilities.