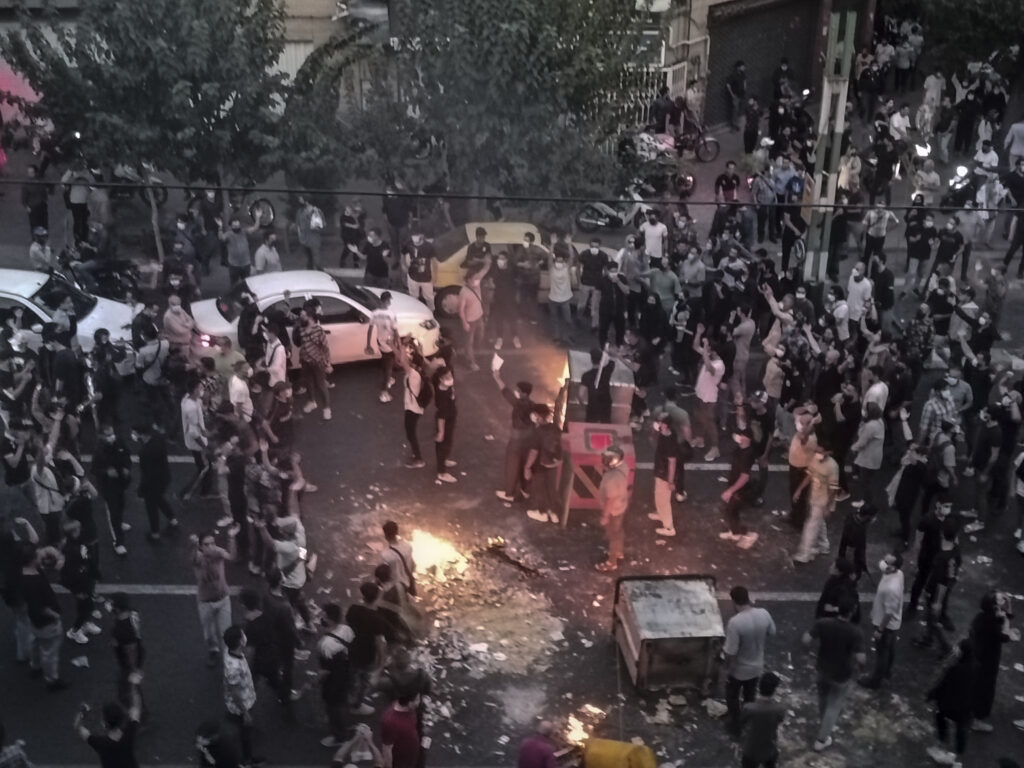 Iran has executed a man for injuring a paramilitary officer in the first known execution linked to protests that have swept the country since September, state media reported Thursday. Mizan Online, a news agency affiliated with Iran’s judiciary, and the semi-official Tasmin news agency both named the protester as Mohsen Shekari. He was reportedly convicted of “waging war against God” for stabbing a member of the Basij paramilitary force at a protest in Tehran on September 23. The Associated Press has the story:

Iran said Thursday it executed a prisoner convicted for a crime allegedly committed during the country’s ongoing nationwide protests, the first such death penalty carried out by Tehran.

The execution comes as other detainees also face the possibility of the death penalty for their involvement in the protests, which began in mid-September, first as an outcry against Iran’s morality police. The protests have expanded into one of the most serious challenges to Iran’s theocracy since the 1979 Islamic Revolution.

Activists warn that others could also be put to death in the near future, saying that at least a dozen people so far have received death sentences over their involvement in the demonstrations.

The execution “must be met with strong reactions otherwise we will be facing daily executions of protesters,” wrote Mahmood Amiry-Moghaddam, the director of the Oslo-based activist group Iran Human Rights. “This execution must have rapid practical consequences internationally.”

The Mizan news agency, run by Iran’s judiciary, identified the executed protester as Mohsen Shekari. It said he had been convicted in Tehran’s Revolutionary Court, which typically holds closed-door cases. The tribunals have been internationally criticized for not allowing those on trial to pick their own lawyers or even see the evidence against them.

Shekari was accused of blocking a street in Tehran and attacking with a machete a member of the security forces, who required stitches for his wounds, the agency said.

The Mizan report also alleged that Shekari said he had been offered money by an acquaintance to attack the security forces.

Iran’s government for months has been trying to allege — without offering evidence — that foreign countries have fomented the unrest. Protesters say they are angry over the collapse of the economy, heavy-handed policing and the entrenched power of the country’s Islamic clergy.

Mizan said Shekari had been arrested on Sept. 25, then convicted on Nov. 20 on the charge of “moharebeh,” a Farsi word meaning “waging war against God.” That charge has been levied against others in the decades since 1979 and carries the death penalty. Mizan said an appeal by Shekari’s lawyer against the sentence failed.

After his execution, Iranian state television aired a heavily edited package showing the courtroom and parts of Shekari’s trial, presided over by Judge Abolghassem Salavati.

“Salavati alone has sentenced more than 100 political prisoners, human right activists, media workers and others seeking to exercise freedom of assembly to lengthy prison terms as well as several death sentences,” the U.S. Treasury said in sanctioning him in 2019.

“Judges on these Revolutionary Courts, including Salavati, have acted as both judge and prosecutor, deprived prisoners of access to lawyers and intimidated defendants.”

Iran has been rocked by protests since the Sept. 16 death of 22-year-old Mahsa Amini, who died after being detained by the country’s morality police. At least 475 people have been killed in the demonstrations amid a heavy-handed security crackdown, according to Human Rights Activists in Iran, a group that’s been monitoring the protests since they began. Over 18,000 have been detained by authorities.

Iran is one of the world’s top executioners. It typically executes prisoners by hanging. Already, Amnesty International said it obtained a document signed by one senior Iranian police commander asking an execution for one prisoner be “completed ‘in the shortest possible time’ and that his death sentence be carried out in public as ‘a heart-warming gesture towards the security forces.’”