Iran the Threat to U.S. Policy in MENA and Africa 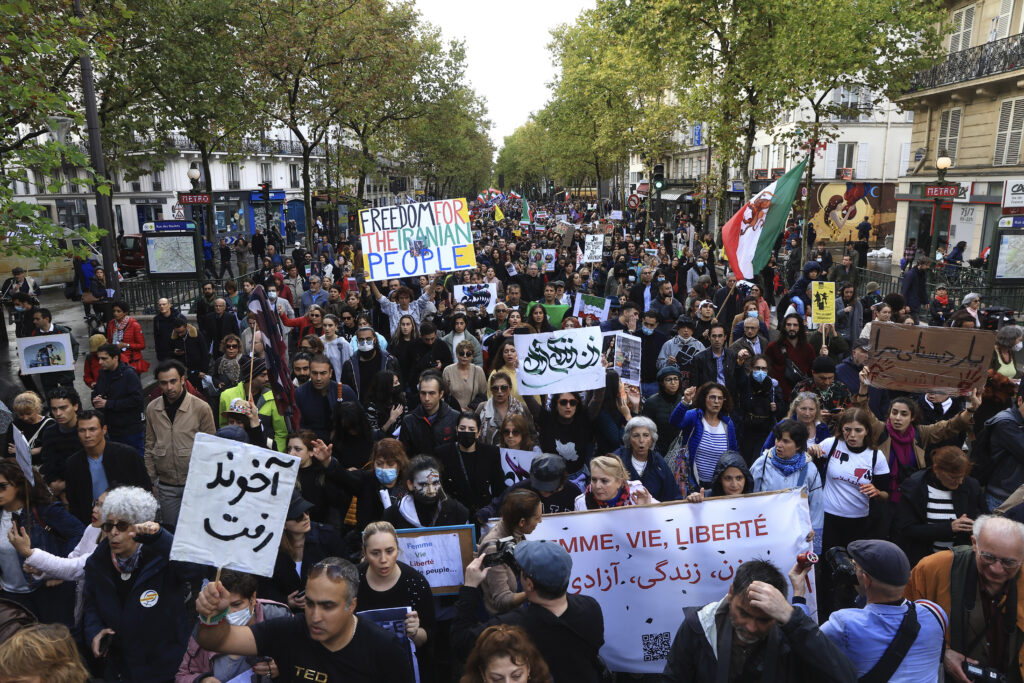 Iran the Threat to U.S. Policy in MENA and Africa

People in Iran who are protesting and those who support them are rebellious. The government’s decades-old intimidation techniques appear to have been rendered useless by a protest movement that has been raging across the country for several weeks. The entire city is awash with anti-ecclesiastical leadership chants and slogans. Photos of protestors fighting back against members of the terrifying paramilitary organization Basij have gone viral, as have videos of schoolgirls singing protest songs while waving their headscarves in the air in their classrooms. Millions of people have viewed the videos and photographs.

Until recently, neither Washington nor the capitals of European nations shared this viewpoint. The White House has issued declarations of support; some new sanctions have been imposed; and murky pledges have been made to lift the Iranian regime’s internet restrictions. However, President Joe Biden’s administration feels that this insurrection will simply serve to incite additional discontent before being put down by the Revolutionary Guards. In a nutshell, this is how the Islamic Republic of Iran came to be. The police baton, censorship, and locking up protesters have all been used for a long time as effective ways to stop people from speaking out.

These demonstrations differ from others in a number of ways. The first issue to observe is women’s dominance. Women have historically played a major role in Iran’s protest movements, including the Tobacco Movement in 1886, the Constitutional Revolution in 1906, and the Islamic Revolution in 1979. Furthermore, a large proportion of the younger population rejects the ideology of the Islamic Revolution. Generation Z, which was too young to participate in either the 1979 insurrection or the Iran-Iraq War (1980–1988), now desires significant changes in the country’s political and social systems.

According to Khamenei’s latest theory, the protests are a plot sponsored by the US and Israel. In 2014, he said that America created ISIS and al-Qaeda to divide Muslims. He asserted in 2015 that Washington was to blame for the 129-person Islamic State massacre in Paris. Earlier that year, he said, paraphrasing Ayatollah Ruhollah Khomeini, that America is “at the root of all evil.” Khamenei declared in 2020 that America produced the coronavirus to target Iranians. These conspiracy theories are more than a political gimmick; they represent Khamenei’s notion that opposing the United States is “one of our fundamental duties.” The idea is groundbreaking. We are not Quranists unless we combat arrogance. “

Political scientists define a revolution as “political violence” and “public seizure of the state in order to overturn the existing government and the regime.” Iranian protests don’t match these conditions, despite anti-Supreme Leader Ayatollah Ali Khamenei’s rhetoric. Instead, they’re an unheard cry for justice. Demonstrators haven’t seized control. The Revolution needs another piece. Law Enforcement Forces (LEF) and plainclothes troops have been used to subdue protests. The IRGC hasn’t been deployed to protect the revolution from internal and external dangers. The government will feel safe until the situation changes and requires mobilizing these forces.

Finally, realistic political options are scarce. The majority of Iranians oppose and dismiss the Islamic Republic’s resistance. We’ll look at two different kinds here. Iranians may be heard yelling pro-monarchy slogans, claiming that Reza Pahlavi, the son of the deposed Shah, is the rightful heir to the throne and should lead the country into the future. In 2021, the Crown Prince stated that he “personally” desires a republican government. This casts doubt on the Crown Prince’s desire to ascend to the Peacock Throne. Members of the MEK (Mojahedin-e-Khalq) are reviled by Iranians of all political stripes for allying with Saddam Hussein during Iraq’s invasion of Iran in the 1980s. This worsens the predicament for this well-known acronym organization.

While protests continue across Iran, forming a new awareness under the leadership of Iranian women and Gen Z, demanding a comprehensive change in the system, Iranian foreign policy remains hardline, particularly in nuclear negotiations with the US, influencing American policy in the MENA region and the security of American allies in the region, particularly in the Gulf and Israel. include Iran’s proxy groups in Lebanon and Gaza, Hezbollah and Hamas, as well as its intervention and influence in Yemen, particularly its support for the Houthis.

Since the Islamic Revolution began in 1979, Iran has made it crystal clear that it wants the Islamic Revolution to spread throughout the Islamic world, and it has increased its use of regional proxies and the Revolutionary Guards to achieve that purpose. Iran has been able to capitalize on Russia’s invasion of Ukraine by selling armed drones to Moscow and other countries and armed groups, not only mocking the sanctions imposed by the US and its allies but also expanding its influence beyond the Middle East across Africa, most notably in the Horn of Africa, the Sahel, and Algeria, where it is transferring part of these drones to its proxy, the Polisario Front, who is engaged in a long-armed conflict with Morocco, a U.S. ally, over the Sahara in North Africa.

The Biden administration will need to re-evaluate its MENA and Africa policies in light of new realities and alliances, but it will also have to cope with the movement of weaponry into Africa, where countries in the Sahel are engaged in a lengthy struggle with Islamo-Fascist armed groups such as ISIL and Al Qaeda, who in some cases control over 40% of some of the countries, and the transnational crime organizations.