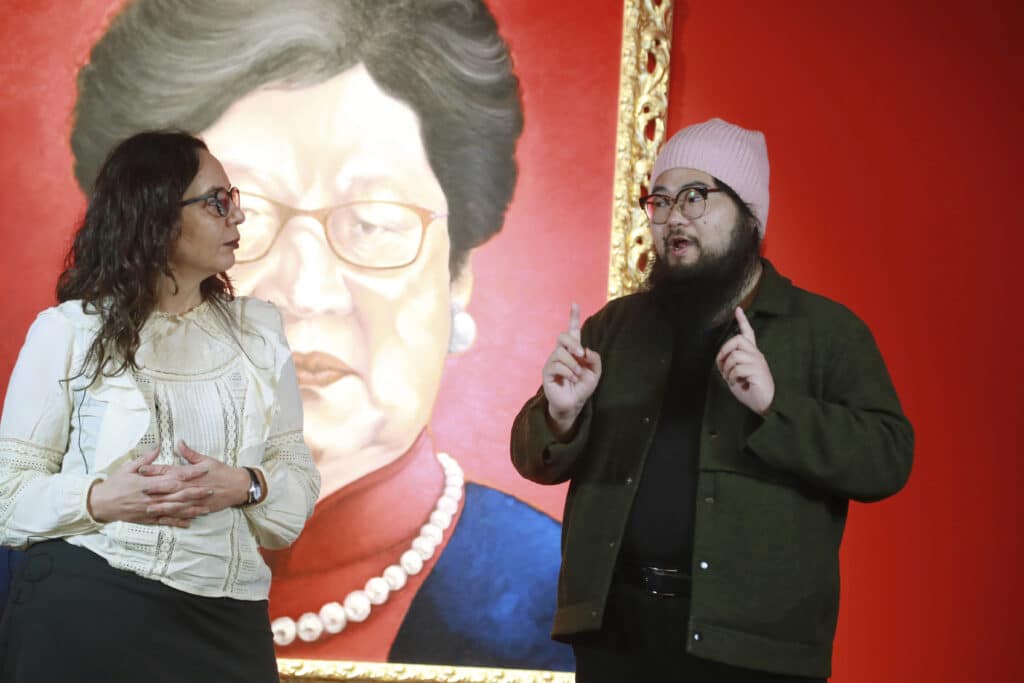 Despite pressure from the Chinese embassy in Rome to cancel the opening of an art exhibit by Chinese artist Badiucao in the city of Brescia, the city has decided to ignore the Chinese and go ahead with the opening anyway. The Chinese do not necessarily get really happy when the facts of their oppressive system of government and the way it treats its own people, come to light in the world public eye, especially when that truth is in the form of art, and by an artist who is Chinese. The Associated Press has the story:

A letter from the Chinese embassy included economic threats, noting Italy’s trade with China, in a bid to prevent the first solo exhibit by Badiucao

BRESCIA, Italy (AP) — A provocative exhibit by dissident Chinese artist Badiucao opened Saturday in the industrial northern Italian city of Brescia despite pressure from the Chinese embassy in Rome to cancel it.A letter from the embassy included veiled economic threats, noting Italy’s trade with China, in a bid to prevent the first solo exhibit by Badiucao — the pseudonym used by the artist whose work takes aim at China’s policies and human rights record.

“Of course, we are always a little worried, not so much for the artist’s safety, but because we know there are more creepy ways to silence dissident artists,” she said.

After a previous attempt to stage a solo show in Hong Kong in 2018 was canceled under pressure, Badiucao said he is “proud and happy” that the Italian exhibit is finally open to the public.

“Because my art is always focusing on human rights issues in China … it makes me almost the type of No. 1 enemy,” Badiucao said. “They hunt me down. They harass me, harass my families, threatening the people working with me constantly. So that is why, for me, it is really hard to actually having an exhibition in an established a gallery, a museum like this.”

The exhibition, which runs in the Italian city until Feb. 13, traces Badiucao’s artistic career from its start to most recent works created in response to the health crisis triggered by the COVID-19 pandemic. A former assistant to the Berlin-based Chinese dissident artist Ai Weiwei, Badiucau currently works in exile from Australia.

The works range from oil paintings to installations and performance art. They include one that evokes a scandal involving tainted baby formula exported by China in 2018, another that recalls the Tiananmen Square massacre and yet another that represents the Umbrella Movement as part of the Hong Kong pro-democracy demonstrations quelled by China.

During the exhibit’s opening days, Badiucao will sit in a torture chair and read from a diary shared with him by a resident of Wuhan, the Chinese city where the coronavirus was first detected.

“Anyone who tried to tell the truth or some story different from China’s government’s narrative would be punished, so I made a public call on Twitter to the residents of Wuhan and said I’d like to share the burden and risk with you, if you trust me, you can send your information,” Badiucao said.

The diary, which will be read in Mandarin, contains 100 days of records.

The artist kept his identity secret for many years, wearing masks during public appearances to protect his family members. The long-held secrecy drew comparisons to British graffiti artist Banksy, whose true identity remains shrouded in mystery.

“If Banksy’s identity gets revealed he is not or she is not going to be hunted by the UK’s national security police, which in my case is totally different,” he said. “But also, I am really mad at Banksy, because he never does any artwork that criticizes the Chinese government.”

For more news from the art world

Previous Article
Kontaveit, Muguruza post wins at finals in Mexico
Next Article
What a Diminished U.S. Role in the Middle East Looks Like