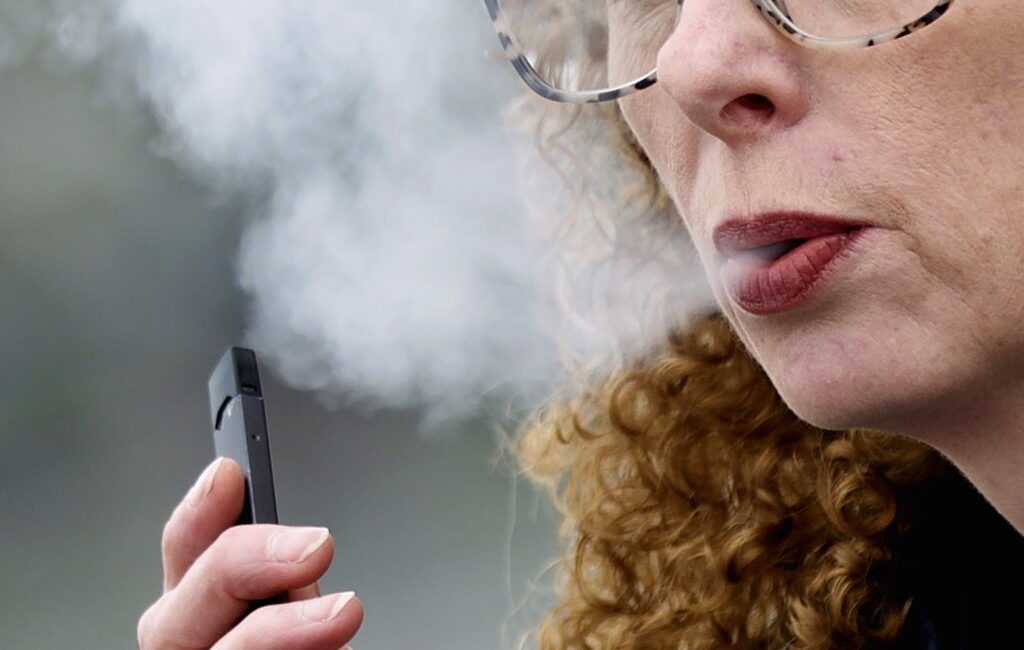 The giant e-cigarette manufacturer Juul is appealing the FDA’s decision banning its products. The company filed an emergency motion with the U.S. Court of Appeals in Washington. The Associated Press has the story:

The FDA has OK’d e-cigarettes from R.J. Reynolds, Logic and other companies, while rejecting many others

(AP) Juul on Friday asked a federal court to block a government order to stop selling its electronic cigarettes.

The e-cigarette maker asked the court to pause what it calls an “extraordinary and unlawful action” by the Food and Drug Administration that would require it to immediately halt its business. The company filed an emergency motion with the U.S. Court of Appeals in Washington as it prepares to appeal the FDA’s decision.

The FDA said Thursday that Juul must stop selling its vaping device and its tobacco and menthol flavored cartridges.

The action was part of a sweeping effort by the agency to bring scientific scrutiny to the multibillion-dollar vaping industry after years of regulatory delays.

To stay on the market, companies must show that their e-cigarettes benefit public health. In practice, that means proving that adult smokers who use them are likely to quit or reduce their smoking, while teens are unlikely to get hooked on them.

The FDA said Juul’s application left regulators with significant questions and didn’t include enough information to evaluate any potential health risks. Juul said it submitted enough information and data to address all issues raised. The company said the FDA refused its request to put its order on hold to avoid a massive disruption to its business.

While Juul remains a top seller, its share of the U.S. e-cigarette market has dipped to about half. The company was widely blamed for a surge in underage vaping a few years ago, but a recent federal survey showed a drop in the teen vaping rate and a shift away from Juul’s products.

The devices heat a nicotine solution into a vapor that’s inhaled, bypassing many of the toxic chemicals produced by burning tobacco.

The company said in its Friday court filing that it submitted a 125,000-page application to the FDA nearly two years ago. It said the application included several studies to evaluate the health risks among Juul users.

Juul said that the FDA cannot argue that there was a “critical and urgent public interest” in immediately removing its products from the market when the agency allowed them to be sold during its review.

The company noted that the FDA denied its application while authorizing those submitted by competitors with similar products.

The FDA has OK’d e-cigarettes from R.J. Reynolds, Logic and other companies, while rejecting many others.

In 2019, Juul was pressured into halting all advertising and eliminating its fruit and dessert flavors after they became popular among middle and high school students. The next year, the FDA limited flavors in small vaping devices to just tobacco and menthol.