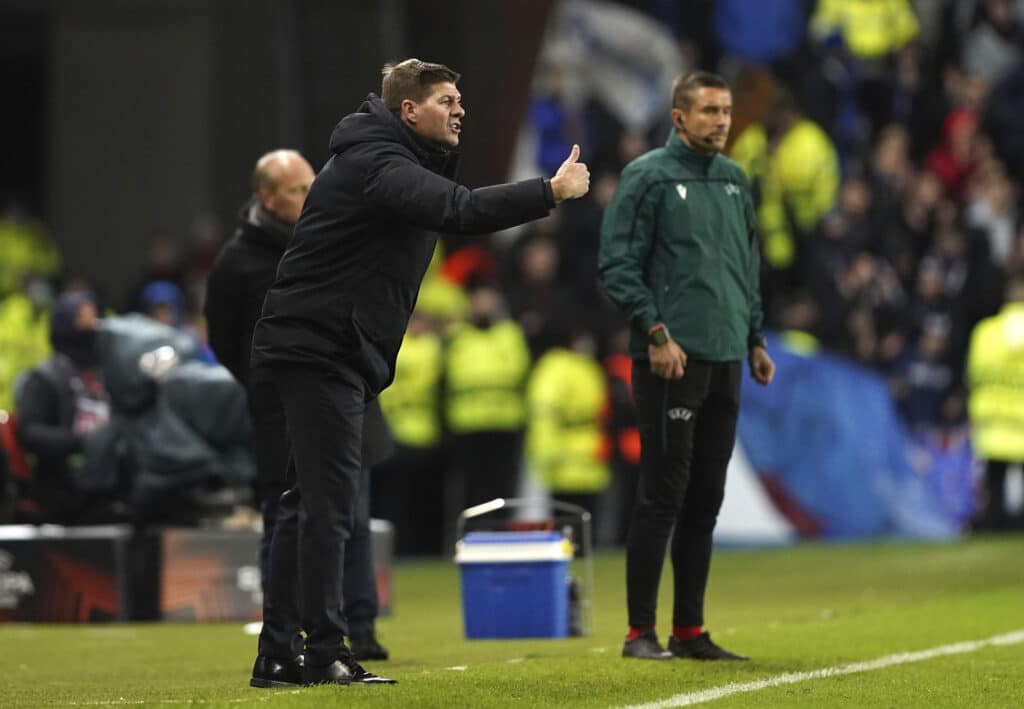 Steven Gerrard is back at Anfield as a Premier League manager, though not in charge of his old team where he forged his greatness as captain, but that may one day come as the soccer great looks towards the future of his coaching career. Gerrard, fresh from his time in Scottish soccer, where he helped the Rangers end the long-time dominance of Celtic, the Glasgow rival is ready for a new challenge and is rolling up his sleeves to get to work. Original Story by The Associated Press:

Steven Gerrard, led the Rangers to the Scottish league title last season and will coach his first game for Villa on Nov. 20

It won’t be long before Liverpool great Steven Gerrard is back at Anfield as a Premier League manager.

Not in charge of his boyhood team, though.

Gerrard was hired as Aston Villa manager on Thursday, ending a 3½-year stint in Scottish soccer where he transformed the fortunes of Rangers and ended the long-time dominance of Glasgow rival Celtic.

It will be the 41-year-old Gerrard’s first senior coaching role in England, and many expect him to one day lead Liverpool, the team where he played 710 matches — many as captain — and is widely regarded as one of its greatest players.

How strange it will feel, then, when he returns to Anfield in charge of a different club. In a date he’ll likely have circled on his calendar, Villa plays at Liverpool on Dec. 11 for the fourth match with his new team.

“It has been very clear in our discussions with him that Steven’s coaching ambitions, philosophy and values entirely match those of Aston Villa,” Villa chief executive Christian Purslow said. “We are excited he has agreed to lead us in the next phase of our ambitious plans.”

Villa finished in 11th place in the Premier League last season but has regressed since selling captain Jack Grealish for a British-record fee of 100 million pounds ($139 million) in the offseason.

From relying largely on one player, Villa has tried to implement a more expansive approach with a bunch of new players bought using the money earned from Grealish’s transfer — including Danny Ings and Leon Bailey, who are currently injured — but it has left the team more open.

Villa has conceded the third-most goals this season and has lost its last five games to drop to 16th place in the 20-team league, prompting the decision to fire Dean Smith — a boyhood Villa fan — on Sunday.

Gerrard, who led Rangers to the Scottish league title last season in an undefeated campaign and ended Celtic’s run of nine straight titles, will coach his first game for Villa against Brighton on Nov. 20.

Gerrard is known for sending out his team to play in an entertaining, high-energy way, with Rangers’ results in Europe — the team won its Europa League group last season — also bolstering his managerial reputation.

Rangers is leading Scotland’s top division this season, four points ahead of Celtic.

“He .. took the brave decision to test himself in the intense and high-pressured environment of the Scottish Old Firm,” Purslow said. “His subsequent achievement in winning the Premiership title with Glasgow Rangers really caught our eye as did his experience in Europe.”

Gerrard, who coached in Liverpool’s academy before taking charge of Rangers in 2018, thanked the Scottish team for “giving me the opportunity to manage such an iconic football club.”

“Helping them secure a record-breaking 55th league title will always hold a special place in my heart,” he said. “I would like to wish the players, staff and supporters the very best for the future.”

Steve Douglas is at https://twitter.com/sdouglas80