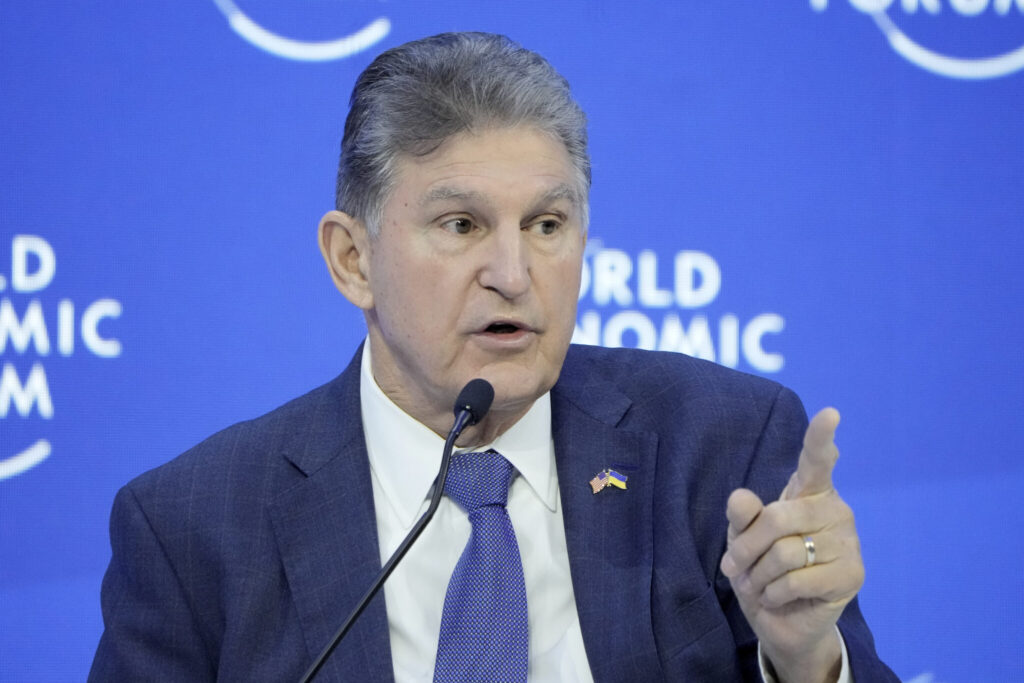 U.S. Senate Energy and Natural Resources Committee chair Joe Manchin on Wednesday introduced legislation that would immediately impose battery sourcing requirements on electric vehicles to qualify for $7,500 tax credits. The U.S. Treasury in December said it would not issue proposed guidance on battery sourcing rules until March, giving some electric vehicles not meeting new requirements a brief window of eligibility in 2023 before the battery rules take effect. Manchin’s legislation would make all of the battery requirements for tax credits retroactive to Jan. 1. The Associated Press has the story:

Manchin said guidelines issued by the Treasury Department allow manufacturers in Europe and other countries to bypass requirements that significant portions of EV batteries be produced in North America.

The climate law, officially known as the Inflation Reduction Act, “is first and foremost an energy security bill,” Manchin said, adding that “the EV tax credits were designed to grow domestic manufacturing and reduce our reliance on foreign supply chains for the critical minerals needed to produce EV batteries.”

Tax credits of up to $7,500 per vehicle are intended to spur EV sales and domestic production of vehicles and batteries while reducing planet-warming greenhouse gas emissions. European and Asian allies, including French President Emmanuel Macron, have criticized the rules as unfair to foreign manufacturers.

While Macron applauded Biden’s efforts to curb climate change, he said during a visit to Washington that subsidies in the new law could be an enormous setback for European companies.

Biden acknowledged “glitches” in the legislation but said “there’s tweaks we can make” to satisfy allies.

Manchin’s bill follows a decision by the Treasury Department to delay rules on battery contents and minerals until March, while allowing the rest of the program to be implemented on Jan. 1. The Manchin bill directs the Treasury to stop issuing tax credits for vehicles that don’t comply with battery requirements.

“The United States is the birthplace of Henry Ford, who revolutionized the automotive industry,” Manchin said, calling it “shameful that we rely so heavily on foreign suppliers, particularly China, for the batteries that power our electric vehicles.”

EV sales have tripled since Biden, a Democrat, took office two years ago, the Energy Department said, and there are now more than 2 million EVs and 100,000 chargers on U.S. roadways. The climate law, along with the 2021 infrastructure law and other changes, “are mobilizing public and private sector investments to reinvigorate domestic manufacturing, expand electric vehicle charging and lower transportation costs for American consumers,” the department said in a statement.

Manchin, chairman of the Senate Energy and Natural Resources Committee, was a crucial vote in passing the climate law, which was adopted without support from any Republican. He has said exemptions approved by the Treasury — including one that allows tax credits for EVs purchased for commercial use, such as leasing or ride-sharing, even if they are foreign-made — undermine the law’s intent to reduce U.S. dependence on foreign adversaries and create jobs in the United States.

It is unclear whether Manchin, of West Virginia, can generate support for his bill in the Democratic-controlled Senate, but during the midterm election campaign, Republicans criticized Biden and other Democrats for supporting electric vehicles, citing their relative high costs and batteries that are currently made in China.