Met Gala returns to traditional spot on first Monday in May 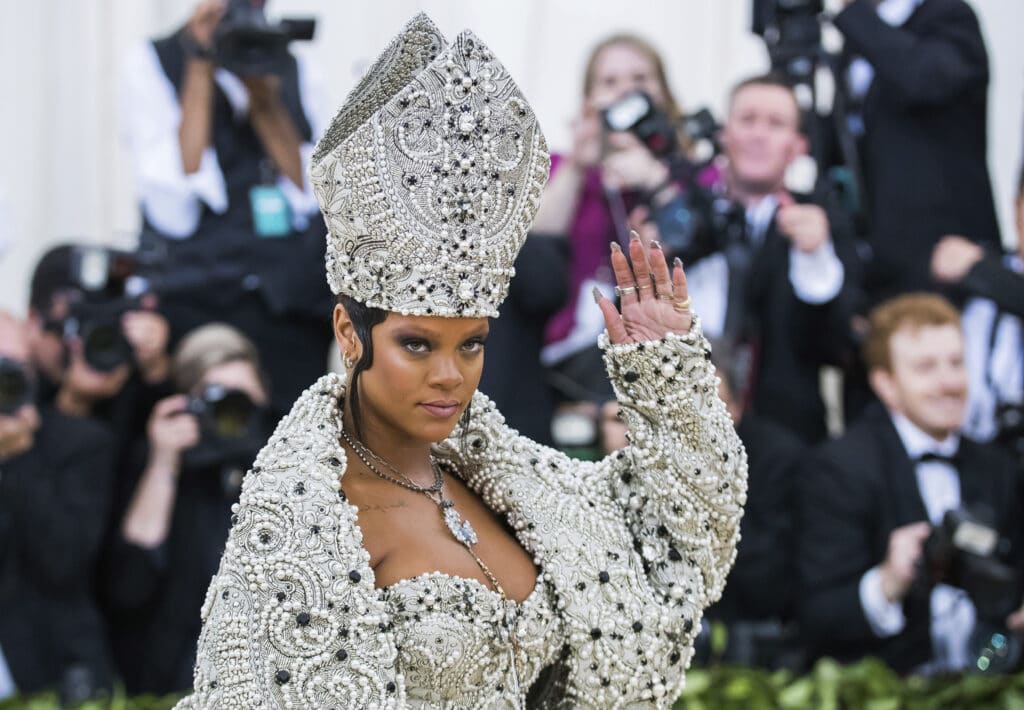 The year’s biggest night in fashion, the Met Gala, returns to its usual rightful spot on the first Monday in May, after global pandemic upheaval, that saw many celebrations around the world put on hold as many countries grappled with lockdowns, virus restrictions, and mask mandates. It’s been just under eight months since the last gala, an annual fundraiser that raises eight-figure sums for the Metropolitan Museum of Art’s Costume Institute. As reported by the AP:

More than $16.4 million was raised last year, for the Metropolitan Museum of Art as the starry event is the institute’s primary budget feeder

The year’s biggest night in fashion, the Met Gala, returns to its usual berth on the social calendar this year after pandemic upheaval. And if it feels like one of those what, already moments, it is.

It’s been just under eight months since the last gala, an annual fundraiser that raises eight-figure sums for the Metropolitan Museum of Art‘s Costume Institute. Pre-pandemic, about 600 A-listers from fashion, sports, music, film, TV, technology and beyond were invited. This year and last, the numbers were closer to 400. The 2020 gala was canceled.

This year’s gala coincides with the opening of the second part of a two-part exhibit at the Costume Institute focused on American fashion and style. The evening’s dress code is gilded glamour and white tie, a la the Gilded Age, that tumultuous period between the Civil War and the turn of the 20th century known for its robber barons, drama and grandeur.

This year’s walk up the Grand Staircase at the Met returns the gala to its legendary berth on the first Monday in May, with the official livestream appearing on Vogue’s website.

Vogue’s Anna Wintour has run the gala since 1995. She continues as one of the night’s honorary co-chairs, along with designer Tom Ford and Instagram’s Adam Mosseri. The official co-chairs for 2022 are Regina King, Blake Lively, Ryan Reynolds and Lin-Manuel Miranda.

The cost for a seat at last year’s Met Gala started at $35,000, though some attend for free. Celebrities are sometimes accompanied (and their tabs paid) by the designers who dress them or other companies that invite them. A focus on inclusivity in fashion this year may celebrate and include more unsung designer heroes than usual.

The event is the invention of the late Eleanor Lambert, a fashion publicist as powerful as Wintour in her day. In 1948, she needed to come up with a way to pay for the newly formed Costume Institute, the only department at the Met that must raise its own funds.

While many on Wintour’s carefully tended guest list follow the dress code, others go their own way. Interpretation is everything. Think Rihanna in a papal hat, Billy Porter as a sun god carried on a litter by shirtless men and Lady Gaga peeling off layers as the fashion world came to a standstill to watch.

The gala also serves as a twisted time capsule of love gone wrong for celebrity couples who didn’t make it. Kim Kardashian and Ye, the former Kanye West, first attended in 2013. Tom Cruise and Katie Holmes went in 2008. Jennifer Lopez attended with Marc Anthony in 2011, then with Alex Rodriguez in 2017, 2018 and 2019. Ben Affleck joined her inside last year after she walked alone.

Charlize Theron and Sean Penn were among the “it” couples invited in 2014. Selena Gomez and The Weeknd showed up together in 2017.