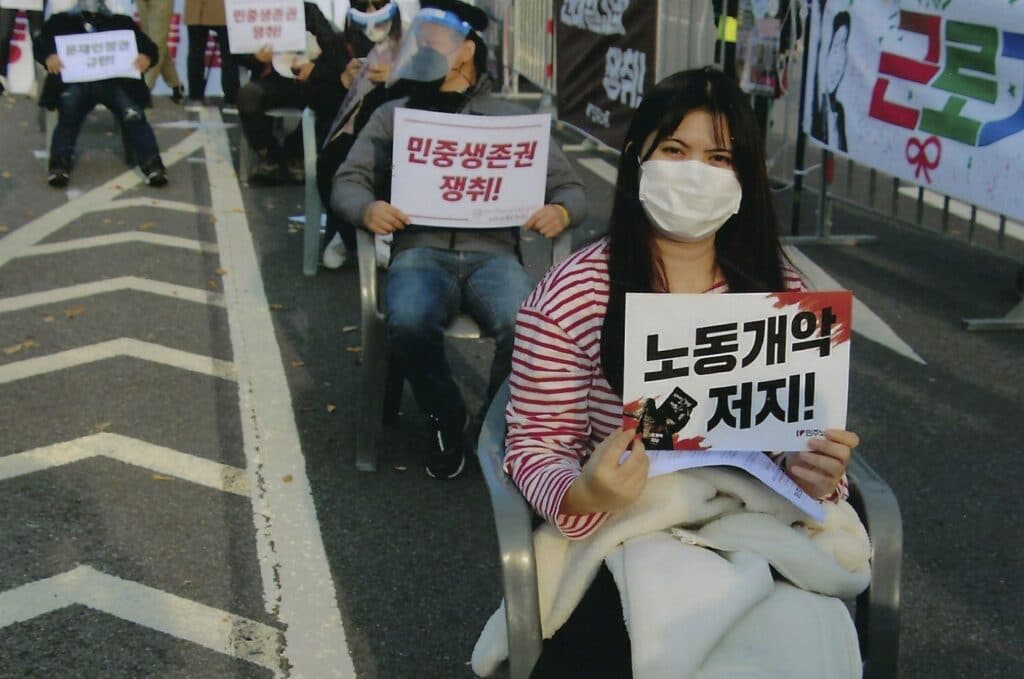 Since so many parts of the world require the COVID-19 vaccine, it could have a hefty toll on conservative evangelical missionaries who refuse it. The Southern Baptists, whose representation has become increasingly liberal in recent years, isn’t going to run into this problem because they are mandating the vaccine for their missionaries. The Associated Press has the story:

While the SBC is mandating vaccines for missionaries, even the liberal United Methodist Church isn’t going that far

(AP) COVID-19 vaccine refusal rates may be high among white evangelical Christians, but the International Mission Board — which deploys thousands of missionaries — is not hesitant about the shot.

The global agency of the Southern Baptist Convention, the largest evangelical Protestant denomination in the U.S., announced this month it is requiring vaccinations for missionaries they’re sending into the field amid the pandemic.

The IMB may be the first U.S. missionary agency known to have such a mandate, according to leaders in the field, as other faith groups approach the issue in a variety of ways including limiting where people can serve and making considerations for uneven global access to the vaccines.

“This is a very common-sense decision,” said Ed Stetzer, a Southern Baptist who is dean of Mission, Ministry and Leadership at Wheaton College. “Mission-sending agencies from the United States have the real opportunity to be vaccinated, and they’re going to places around the world that don’t.”

The IMB policy applies to both current and future missionaries as well as some staff members. Among the reasons it cited for the measure are health concerns and the fact that increasing numbers of countries are implementing their own vaccine requirements — some field personnel have reported needing to show proof to board airplanes and subways or enter restaurants and malls.

In a statement announcing the policy, IMB leaders acknowledged that it could be a deal-breaker for some people considering missionary work or currently serving with the organization.

The Rev. Allen Nelson IV, a pastor who leads a Southern Baptist congregation in Arkansas, said he is not against vaccines but is completely opposed to mandates for missionaries.

“This is something that must be left up to a person’s own conscience, research and discussions with a doctor, as well as their particular ministry context,” Nelson told The Associated Press.

Among religious groups that have stopped short of issuing vaccine mandates is The Church of Jesus Christ of Latter-day Saints, widely known as the Mormon church, which is giving unvaccinated missionaries assignments in their home countries.

The United Methodist Church, for its part, strongly encourages missionaries to get vaccinated but does not require it. That is partly because availability is not consistent around the world, according to Judy Chung, executive director of missionary services for the denomination’s Global Ministries.

“We have discussed how to promote vaccination without making a mandatory requirement,” Chung said, “because some may not have access to that yet.”

The denomination currently has about 240 full-time missionaries serving in 70 countries, and the most recently deployed cohort of about 40 has a vaccination rate around 80%.

A key question for U.S.-based mission groups is whether they will fall under the Biden administration’s recently announced rule that companies with more than 100 employees must require workers be vaccinated for the coronavirus or undergo weekly testing.

If they do, Ted Esler, the president of Missio Nexus, an association that includes hundreds of missionary agencies in the U.S. and Canada, said about 30% of those agencies could be affected. He thinks they would comply with the federal mandate but said the issue is not currently stirring much discussion.

Ultimately, he noted, organizations’ internal rules may be rendered moot by vaccine entry requirements that many countries have instituted for visitors.

The IMB has had vaccine requirements for other diseases in place since the 1980s, and it says some have chosen to skip international service because of it.

Esler, who served as a missionary in Bosnia in the 1990s with the Pioneers organization, said he had to be inoculated against diseases like diphtheria, polio, tetanus and typhoid before he could go.

Esler wasn’t eager to get a COVID-19 vaccine and is hesitant to advise others to roll up their sleeves. But he got vaccinated because he is continuing to travel.

“From my perspective, this is an issue more because of the fact that it’s COVID-related than it is vaccine-related,” Esler said.

“It’s unfortunate that the COVID vaccine here is controversial and rejected by some,” he added, “when in other places it would be coveted and highly sought-after and they cannot get it.”

By HOLLY MEYER
Associated Press religion coverage receives support from the Lilly Endowment through The Conversation U.S. The AP is solely responsible for this content.

Previous Article
Did Biden say vaccines protect against hurricanes?
Next Article
Biden working with other world leaders on climate change