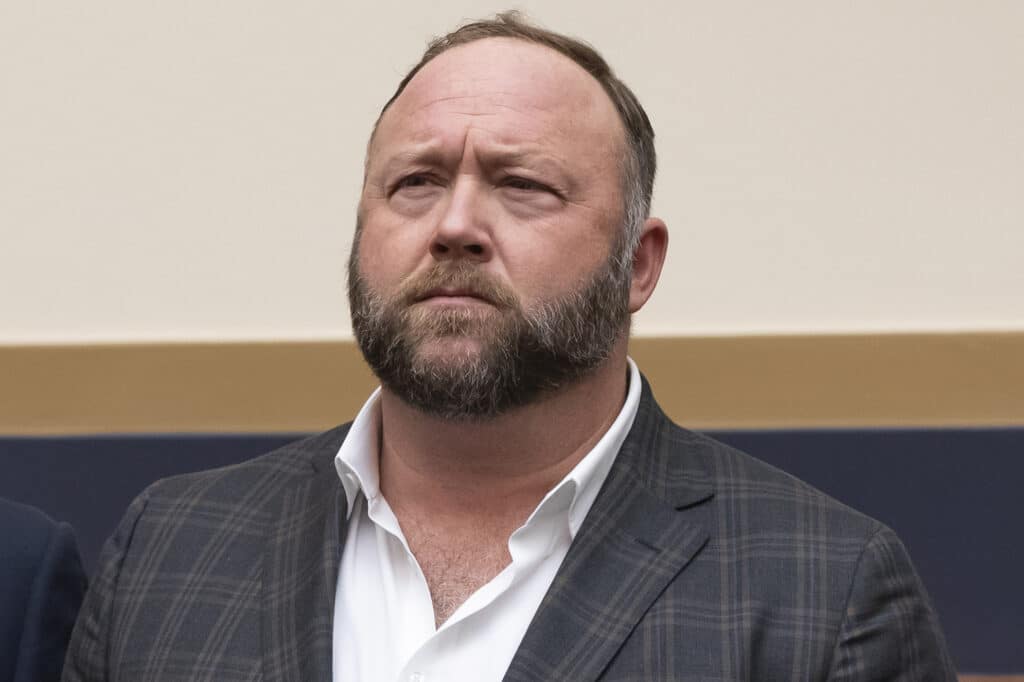 After a delay due to bankruptcies, Infowars host Alex Jones is back in the midst of defamation lawsuits from the families of the victims from the Sandy Hook mass shooting. Jones said publicly that the shootings never happened, that it was all made up. The Associated Press has the story:

VICTORIA, Texas (AP) — The Sandy Hook families’ lawsuits against Infowars host and conspiracy theorist Alex Jones for calling the 2012 Newtown school shooting a hoax appear poised to resume soon, based on agreements revealed Friday in the bankruptcy cases of some of Jones’ companies.

The bankruptcy filings of Infowars, Prison Planet TV and IW Health last month delayed the lawsuits filed in Texas and Connecticut. Jones has already lost the defamation lawsuits, and the filings came a week before a jury in Texas was set to begin considering how much money Jones should pay the families of victims in the Sandy Hook Elementary School shooting.

The state cases would then continue against Jones and his largest money-making company, Free Speech Systems, neither of which filed for bankruptcy. It was not immediately clear when those cases will resume.

The lawyers’ comments came during a hearing in U.S. Bankruptcy Court in Texas. Kyung Lee, a lawyer for Jones’ companies, said the bankruptcy case will continue because they have other creditors.

A hearing, however, remains scheduled for May 27 on whether the bankruptcy case should be dismissed. The Sandy Hook families have questioned the legitimacy of the filings, saying they were meant only to delay the defamation lawsuits — claims Jones’ lawyers deny.

The families of eight of the victims and an FBI agent who responded to school sued Jones, Infowars and others, saying they have been subjected to harassment and death threats from Jones’ followers because of the hoax conspiracy. Jones has since said he believes the shooting did occur.