Netanyahu flies to Jordan for meeting with the king 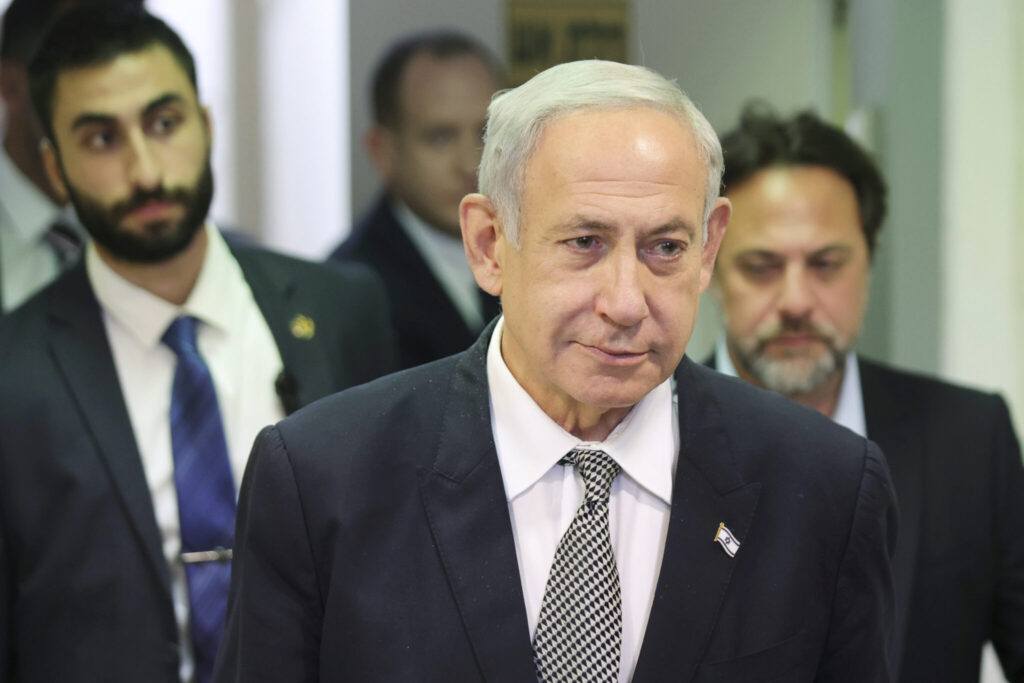 Israeli Prime Minister Benjamin Netanyahu on Tuesday held talks in Jordan with King Abdullah II, who stressed the need for Israel to respect the status quo of the Al Aqsa mosque compound in Jerusalem, known to Jews as the Temple Mount, a royal court statement said. The Associated Press has the story:

Netanyahu flies to Jordan for meeting with the king

Israeli Prime Minister Benjamin Netanyahu made a surprise trip to Jordan on Tuesday to meet with King Abdullah II, his first visit since taking power at the helm of Israel’s most right-wing and religiously conservative government in history.

The rare meeting between the leaders, who have long had a rocky relationship, comes as friction grows between the neighbors over Israel’s new ultranationalist government, which took office late last year. The talks centered around the status of a contested holy site in the Old City of Jerusalem sacred to both Jews and Muslims, Jordan’s official statement suggested.

Jordan’s royal court said the king urged Israel to respect the status quo at the sacred compound, which Muslims call the Noble Sanctuary and Jews call the Temple Mount.

Under an arrangement that has prevailed for decades under Jordan’s custodianship, Jews and non-Muslims are permitted visits during certain hours but may not pray there. Religious nationalists, including members of Israel’s new governing coalition, have increasingly visited the site and demanded equal prayer rights for Jews there, infuriating the Palestinians and Muslims around the world.

The compound — the third-holiest site in Islam — sits on a sprawling plateau also home to the iconic golden Dome of the Rock.

In Tuesday’s meeting, King Abdullah II also pushed Israel to “stop its acts of violence” that are undermining hopes for an eventual peaceful settlement to the decadeslong Israeli-Palestinian conflict, the Jordanian government added, reaffirming support for a two-state solution. Israel’s new coalition has vowed to expand Jewish settlements in the occupied West Bank and even annex the territory — which would make a future independent Palestinian state unviable.

Netanyahu’s office said he discussed “regional issues” and security and economic cooperation with Jordan, a key regional ally. Jordan’s 1994 treaty normalizing ties with Israel produced a chilly-at-best peace between the countries. Netanyahu has repeatedly offered assurances that there has been no change in the status quo at the site.

The Jordanian government has already summoned the Israeli ambassador to Amman twice in the last month since Israel’s new government took office — both times after an incident at the Al-Aqsa Mosque compound.

Earlier this month, Israel’s new hard-line minister of national security, Itamar Ben-Gvir, made a provocative visit to the site, drawing condemnations from Jordan and across the Arab world. Jordan also protested to Israel after Israeli police briefly blocked the Jordanian ambassador from entering the Al-Aqsa Mosque, decrying the move as an unusual affront to Jordan’s role as custodian.

The compound is administered by Jordanian religious authorities as part of an unofficial agreement after Israel captured east Jerusalem, along with the West Bank and Gaza, in the 1967 Mideast war. Israel is in charge of security at the site. Because of Jordan’s role and the site’s importance to Muslims around the world, whatever happens at the site has regional implications.