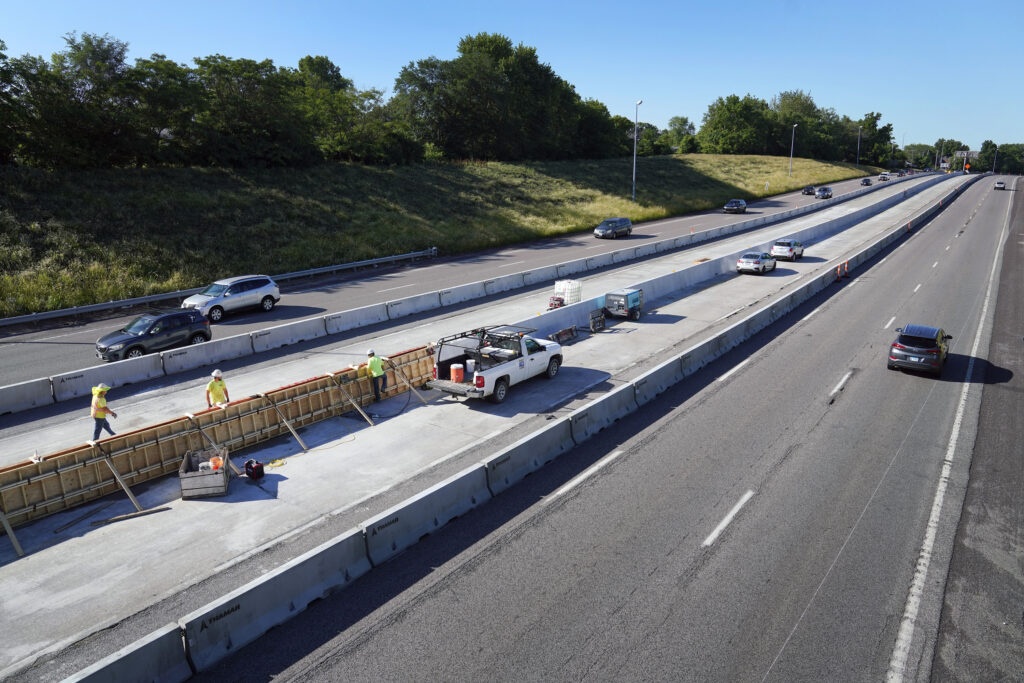 U.S. transportation officials announced $2.2 billion for local infrastructure projects on Thursday, paving the way for new bridges, roads, bike lanes, railways and ports in scores of communities across the country.

The competitive grants are more than double the amount awarded the previous year under the same program. The influx comes from a $1 trillion infrastructure law backed by President Joe Biden, which provided an additional $7.5 billion over five years for the grants.

“This is a program that recognizes many of the most interesting and compelling ideas and designs and plans aren’t going to come from Washington, but more of the funding should,” Buttigieg said. “That’s what we’re delivering here.”

Buttigieg traveled to Arizona to highlight projects in Phoenix and Tucson, each of which are receiving the maximum $25 million. In Phoenix, the money will help build a new bike and pedestrian bridge over the Rio Salado, connecting the city’s southern area with downtown.

In Tucson, the money will revamp a prominent street and replace a 1960s-era vehicle bridge that’s in poor condition. It also will add a separate bicycle and pedestrian bridge as part of what Mayor Regina Romero called “a transformative investment in Tucson’s infrastructure.”

While the Tucson project will expand the number lanes for motorists, some projects elsewhere will reduce them. For example, a $17 million grant will help narrow a five-lane road to three lanes in the Chicago suburb of Munster, Indiana, in an effort to decrease traffic crashes. The money also will fund a 10-foot-wide multi-purpose path along the street and plant more than 250 trees.

For many road improvement grants, “we’re doing it in mind of also benefitting the bike and pedestrian side,” Buttigieg said.

Other newly announced projects in the Rebuilding American Infrastructure with Sustainability and Equity program also provide funding for bicycle and pedestrian paths.

Texas and Kansas are each receiving about $25 million for hiking and biking trails. Huntsville, Alabama, is getting $20 million to improve a pedestrian corridor linking downtown to isolated neighborhoods. Another $20 million is helping finance a new bike and pedestrian bridge over the Potomac River between Arlington, Virginia, and Washington, D.C.

Buttigieg said the U.S. Department of Transportation received about $13 billion in grant applications.

A total of 166 projects across the country are getting a slice of the $2.2 billion. The funding marks a significant increase from the $983 million distributed among 90 projects in 2021. The allotment is the largest dating to 2009 for a program that has undergone multiple name and emphasis changes during the presidential administrations of Barack Obama and Donald Trump.

Though still substantial, the funding doesn’t have quite the buying power as anticipated when the infrastructure legislation passed Congress last year. That’s because inflation has driven up the cost of key transportation construction materials, such as steel plates for bridges and asphalt for paving roads.

This year’s projects range from a new seawall and port improvements in Sitka, Alaska, to the construction of a four-lane parkway in the Virgin Islands.

Among other projects, New Jersey is getting $20 million to elevate a roadway that serves as a main evacuation route for Atlantic City and its casino industry. In Louisiana, $20 million will go toward the design and construction of two train stations along a planned route between Baton Rouge and New Orleans. Whatcom County, Washington, will get $25 million to replace a 60-year-old ferry serving rural Lummi Island with an electric hybrid model.