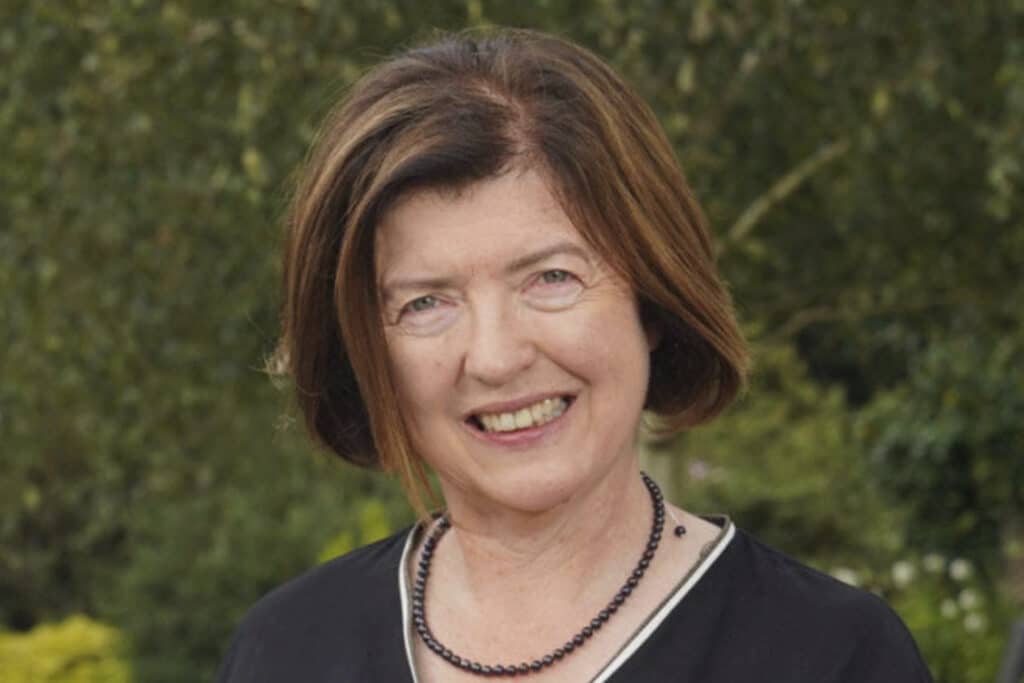 British official Sue Gray is conducting an investigation into whether British Prime Minister Boris Johnson violated COVID-19 restrictions when he and his staff held Christmas parties. Her report is expected at the end of the month, and it could seriously damage his career. The Associated Press has the story:

LONDON (AP) — As he fights for his career, British Prime Minister Boris Johnson has one constant refrain: Wait for Sue Gray.

Gray is a senior but previously obscure civil servant who may hold Johnson’s political future in her hands. She has the job of investigating allegations that the prime minister and his staff attended lockdown-flouting parties on government property.

Gray is due to report by the end of the month on claims government staff held late-night soirees, “bring your own booze” parties and “wine time Fridays” while Britain was under coronavirus restrictions in 2020 and 2021. The allegations have spawned public anger, incredulity and mockery, and prompted some in the governing Conservative Party to call for Johnson’s resignation.

The prime minister last week made a contrite, carefully worded apology in Parliament, but stopped short of admitting rule-breaking and urged everyone to wait for Gray’s verdict.

Alex Thomas, a program director at the Institute for Government, said those expecting the report to “either clear the prime minister or damn him” would likely be disappointed.

“This is a huge political and wider public issue,” he said. “The Gray report is an important part of finding out what happened. But in the end this is a judgment for Conservative Cabinet ministers and MPs about whether they want Boris Johnson to lead their party and therefore lead the country.”

Gray is investigating close to a dozen alleged gatherings held between May 2020 and April 2021, most in the prime minister’s Downing Street office-cum-residence. One party took place when people in Britain were banned from socializing or visiting sick relatives in hospitals. Another came on the eve of Prince Philip’s socially distanced funeral, at which widowed Queen Elizabeth II was forced to sit alone in church.

Gray’s assignment is to uncover the facts about the gatherings and whether they broke any rules. She has access to “all relevant records” and power to interview officials, including Johnson. The prime minister’s office hasn’t confirmed whether Johnson has been quizzed by Gray, though Education Secretary Nadhim Zahawi said Johnson had “submitted himself” to Gray’s investigation.

Gray can establish “whether individual disciplinary action is warranted” against officials, and London’s Metropolitan Police force says it could open an investigation if she finds evidence of law-breaking.

Crucially, though, Gray has limited room to censure Johnson himself. Usually, civil service inquiries make recommendations to the prime minister. In this case it’s the prime minister who is being investigated, making Johnson the arbiter of his own punishment.

The inquiry is an unusually high-profile assignment for a woman used to exerting power behind the scenes. Gray has served both Labour and Conservative governments over several decades, according to a brief biography on the government website, with a gap in the 1980s when she ran a pub in Northern Ireland.

As head of “propriety and ethics” at the Cabinet Office, she investigated previous allegations of wrongdoing by ministers, including claims of sexual misconduct against then deputy prime minister Damian Green in 2017, who was forced to resign as a result.

Gray is regarded within government as a straight shooter unafraid to stand up to politicians. But freedom of information campaigners have criticized her role in keeping government secrets. A previous role involved vetting officials’ memoirs to ensure no secrets were spilled, and she has been accused of stonewalling freedom of information requests.

Thomas, who knows Gray, said she wouldn’t be enjoying the spotlight.

“You don’t generally join the civil service to become a household name,” he said. “That said, she is a resilient person.”

Johnson’s office says the prime minister “will accept what facts she establishes,” but won’t say what action he might take after Gray’s report. He has previously ignored a similar civil-service inquiry: In 2020, Johnson backed Home Secretary Priti Patel after an investigation concluded that she had bullied her staff.

British media reported Monday that the prime minister plans to fire senior officials and aides to save his own skin if Gray’s report is critical —a plan dubbed “Operation Save Big Dog.”

Johnson spokesman Max Blain dismissed the reports and said he had “never heard that term used.” He also denied the government was deploying “Operation Red Meat” — throwing out attention-grabbing policy measures to distract from the party claims.

The government has undeniably made a flurry of recent announcements likely to appeal to Conservative lawmakers who may be wobbling in their support for Johnson. They include a plan to cut taxpayer support for the BBC; a vow to deploy the military to stop migrants crossing the English Channel from France in small boats; and an intention to lift remaining coronavirus restrictions next week.

“Partygate” has helped the opposition Labour Party open up a double-digit opinion poll lead on the Conservatives. Johnson doesn’t have to face voters’ judgment until the next general election, scheduled for 2024. But the Conservative Party has a history of ousting leaders once they become liabilities.

Johnson’s predecessor, Theresa May, was forced out in 2019 after failing to secure acceptable Brexit divorce terms with the European Union. Johnson could suffer the same fate if the party decides his popular appeal — the star quality that has seen him bounce back from past scandals — has vanished.

Under Conservative rules, a no-confidence vote in the leader can be triggered if 54 party lawmakers write letters demanding it. It’s unclear how many have already been submitted, and so far only a handful of Conservative members of Parliament have openly called for Johnson to quit.

Many others are waiting to see what Gray says, and how the public responds.