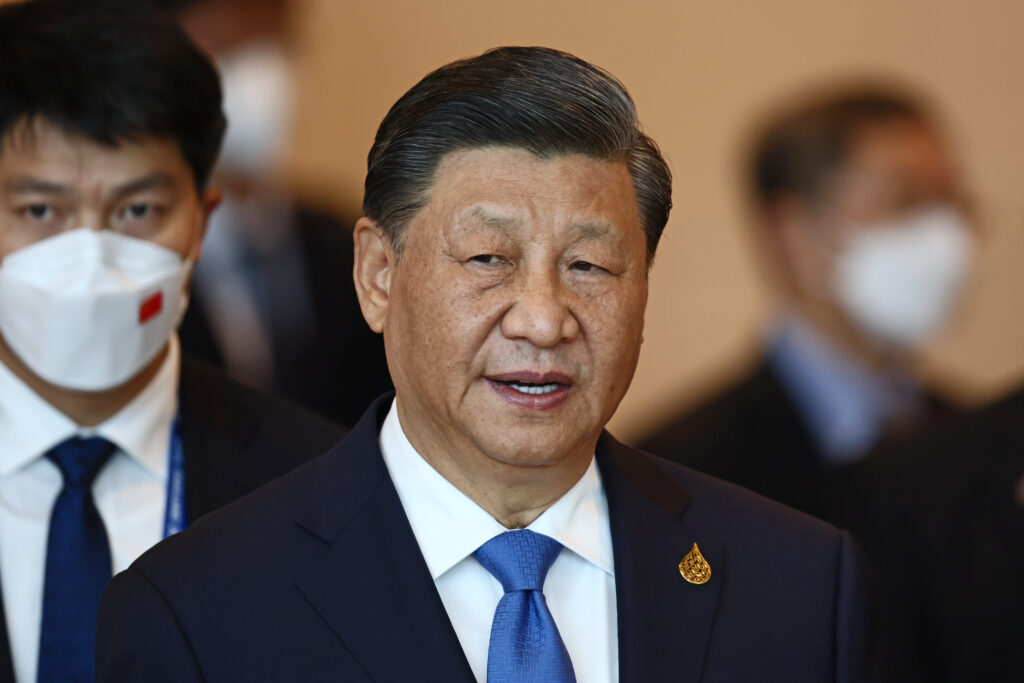 China is expanding its nuclear force and is on pace to nearly quadruple the number of warheads it has by 2035, rapidly closing its gap with the United States, the Pentagon said in a report released Tuesday. The report builds on the military’s warning last year that China is expanding its nuclear force much faster than U.S. officials had predicted, highlighting a broad and accelerating buildup of military muscle designed to enable Beijing to match or surpass U.S. global power by mid-century. The Associated Press has the story:

Last year, the Pentagon said the number of Chinese nuclear warheads could increase to 700 within six years and may top 1,000 by 2030. The new report says China currently has about 400 nuclear warheads, and that number could grow to 1,500 by 2035.

The United States, by comparison, has 3,750 active nuclear warheads.

Beijing’s growing arsenal is creating uncertainty for the U.S. as it navigates how to deter two nuclear powers, Russia and China, simultaneously, the Pentagon said in its recent nuclear posture review. And China’s buildup also creates uncertainty about its intentions, said Bonny Lin, director of the China power project at the Center for Strategic and International Studies.

“Will the actual increase in capability start impacting how Chinese experts think about the use of nuclear weapons?,” such as whether it would change Beijing’s no “first use” policy, Lin asked. “That’s the uncertainty. We can’t assume that if they have more capabilities, that their policy is going to remain the same.”

The report looks at China’s activities in 2021 and therefore does not assess what impact Russia’s invasion of Ukraine may have had on China’s militarization priorities or strategy, or to what extent the invasion has weakened or strengthened China’s relationship with Russia, said a senior defense official who briefed reporters in advance of the report’s release on the condition they not be named.

While China has not provided Russia with weapons in the current conflict, its amplification of Russian disinformation and its continued support for joint military exercises with Russia is something the U.S. is monitoring closely, the official said.

China is also closely watching how the international community reacts to Russia’s threat to use nuclear weapons in Ukraine, said John Erath, senior policy director for the Center for Arms Control and Non-Proliferation.

“If Russia is able to gain its objectives by means of nuclear threats, China will derive lessons from that and could be potentially making these kinds of threats against Taiwan or other neighboring countries in connection with China’s territorial ambitions,” Erath said.

The report was released as China is seeing its most widespread protests in decades, with demonstrators denouncing the country’s “zero-COVID” policy, but the timing is unrelated. Congress requires the Pentagon to prepare the report annually.

During their nearly three-hour session, Biden objected directly to China’s “coercive and increasingly aggressive actions” toward Taiwan, but also said the U.S. is not looking for conflict with the communist power.

However, China considers Taiwan to be a “red line,” Defense Minister Wei Fenghe told U.S. Defense Secretary Lloyd Austin in Cambodia last week, according to a statement provided by the Chinese Ministry of Defense.

“Taiwan is China’s. Taiwan and the resolution of the Taiwan issue is China’s own affair in which no outside force has the right to intervene,” Wei said, according to the ministry’s statement.

Beijing has vowed to bring the self-governing island of Taiwan under its control, by force if necessary. Xi has given his military until 2027 to develop the military capability to retake the self-ruled island democracy that the Communist Party claims as its own territory.

“If realized, this 2027 objective could give the (People’s Liberation Army) capabilities to be a more credible military tool for the Chinese Communist Party to wield as it pursues Taiwan unification,” the Pentagon found in its 2022 report.

The U.S. has committed billions of dollars in military weapons to Taiwan to build up its defenses and help it rebuff any potential attack.

The senior defense official said the Defense Department does not see an imminent threat of invasion of Taiwan, instead establishing a new normal of increased intimidation. In reaction to House Speaker Nancy Pelosi’s visit to Taiwan in August, China has also launched more frequent and aggressive military actions that test Taiwan’s airspace and coastlines.

China has also made worrisome gains in building capabilities that “blind and deafen the enemy,” including knocking out communications and early warning satellites, expanding its use of artificial intelligence and intensifying their efforts in cyberwarfare, the report said.

The Pentagon, in its recently released national defense strategy, said China remains the greatest security challenge for the United States, and that the threat from Beijing will determine how the U.S. military is equipped and shaped for the future.