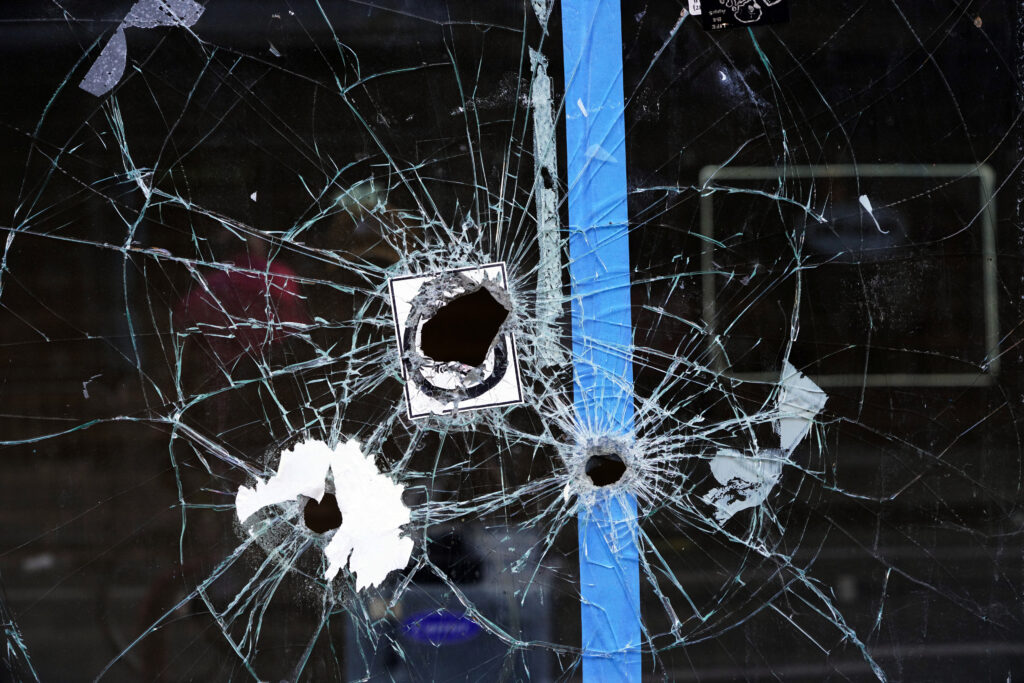 A shooting in Philadelphia’s entertainment district last weekend resulted in the deaths of two people, and now two young men have been charged with murder. According to police, the two men, who are friends and had fled to Virginia together, fired randomly into the crowd in response to hearing gunshots down the block. The Associated Press has the story:

PHILADELPHIA (AP) — Two men are facing murder charges and have been arrested in Virginia in the deaths of two bystanders in last weekend’s shooting in a busy entertainment district in Philadelphia, officials said Thursday

Quadir Dukes Hill, 18, and Nahjee Whittington, who was 17 at the time of the June 4 shooting but is now 18, are both facing murder charges, authorities said. Hill is charged in the death of Alexis Quinn, while Whittington is accused in the death Kristopher Minners, 22.

Both men were arrested in Richmond late Thursday morning by federal marshals, Philadelphia officials said at a news conference. They will be extradited to face charges in Philadelphia and will not be given bail.

Three people died overall in the shooting on South Street, and several other people were injured.

Joanne Pescatore, homicide unit chief at the Philadelphia district attorney’s office, said that according to surveillance video, the two men, who are friends and had fled to Virginia together, fired randomly into the crowd in response to hearing gunshots down the block. It did not appear that the men and the victims knew one another.

“It appears that they had guns, took them out and just started randomly firing,” Pescatore said.

South Street, on the south edge of central Philadelphia, is known for nightlife that includes bars, restaurants and other businesses. Surveillance video from a local business showed scores of people milling about on the sidewalks and in the street, then fleeing as the gunfire broke out.

Police officers were patrolling the area when they heard shots. They found several people with gunshot wounds lying on the sidewalk and in the street and began to render aid, authorities have said.

Officials have said the gunfire started with a fight between two people who then began firing a total of 17 shots at each other. One man, 34-year-old Gregory Jackson, was killed and the other wounded; no charges are planned in that case since both had permits to carry and that shooting is considered self-defense, authorities have said.

Authorities earlier announced two arrests not connected with any of the deaths.