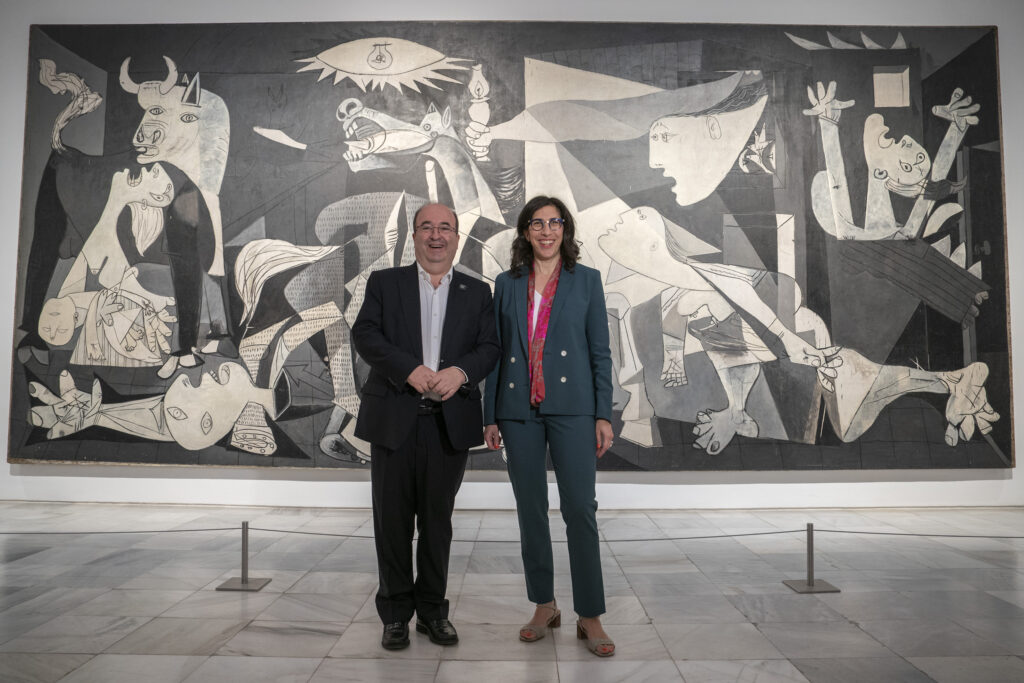 Against the backdrop of Picasso´s iconic anti-war painting, “Guernica,” the culture ministers of France and Spain gathered Monday in Madrid’s Reina Sofía Museum to kick off a year of commemorative acts to celebrate the 50th anniversary of the death of the Spanish artist who revolutionized the world of art.

In “Picasso Celebration,” France and Spain will be organizing more than 40 exhibitions conferences and other events in museums in Madrid, Paris, Barcelona, Málaga and other cities in Europe and North America over the next 12 months.

“Our aim is to revindicate the artistic legacy of Picasso and the relevance of his work,” said Spanish Culture Minister Miquel Iceta.

“If there is one artist that defines the 20th century, who presents it in all its cruelty, violence, passion, excesses and contradictions, that artist is Pablo Picasso.”

Although born in Spain. Picasso spent most of his adult life in France.

In a career spanning nearly eight decades. he is said to have created tens of thousands of paintings, drawings, sculptures and ceramics covering an incredible range of styles and movements that made him possibly the most influential and celebrated artist of the past 150 years.

Together with artist Georges Braque, he started the avant-garde Cubist movement that radically changed European painting and sculpture.

Picasso’s reputation for having mistreated many of the women in his life is not being ignored during the anniversary and will be the subject of more than one conference and exhibition during the year.

“We want to present Picasso as he was,” said Iceta. “Celebrate his work of course but not hide some of the aspects of his life that seen from today might be controversial.”

Abdul Malak said there was no denying there was a lot of debate about how Picasso should be perceived, particular in his relation with women and his sometimes violent nature but she said these topics needed to be debated, not covered up.

The anniversary was launched in front of “Guernica” — by far Picasso’s most famous painting. It was commissioned by the Republican government of Spain to represent the country at a Universal Exposition in Paris in 1937 when Spain was in the throes of a bloody civil war started by future dictator Gen. Francisco Franco.

The black and white canvas comprises tormented and distorted figures — human and animal — and represents the horrors of mechanized war.