Pope Francis prays that Lebanon can get back on its feet 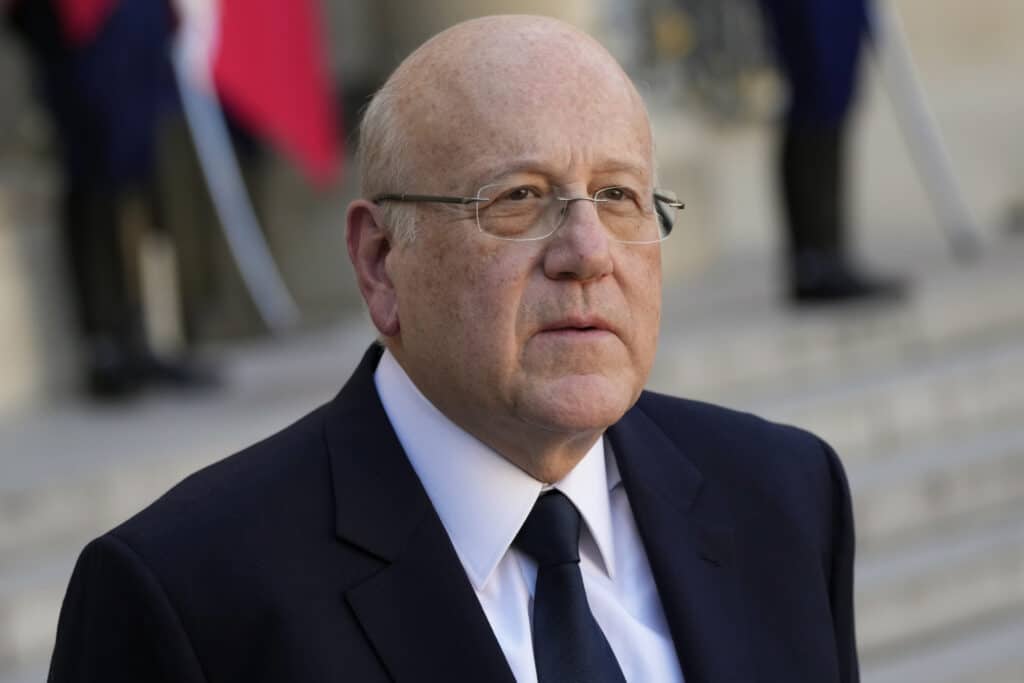 Pope Francis is praying for the country, following a major economic crisis that has thrown more than three quarters of Lebanon into extreme poverty, the day-to-day struggles of the Lebanese people is frightening, and all Western nations should be following the situation very closely. Prime Minister Najib Mikati met privately with Francis on Thursday and gave him a piece of masonry tile from a Beirut church that was damaged in the August 2020 port explosion. As reported by the AP:

Lebanon’s two-year economic meltdown, which has seen tens of thousands lose their jobs, is rooted in decades of corruption and mismanagement

ROME (AP) — Pope Francis told Lebanon’s prime minister on Thursday that he was praying that God would help Lebanon “get up” and get back on its feet following an unprecedented economic crisis that has thrown three quarters of the country’s 6 million people, including a million Syrian refugees, into poverty.

Prime Minister Najib Mikati met privately with Francis for about 20 minutes and gave him a piece of masonry tile from a 19th-century Beirut church that was seriously damaged in the August 2020 port explosion that killed 216 people and injured more than 6,000.

At the end of the audience, Francis invited Mikati and the Lebanese delegation to observe a minute of silence and prayer, the Vatican said.

Lebanon’s two-year economic meltdown, in which tens of thousands have lost their jobs and the pound has lost more than 90% of its value, is rooted in decades of corruption and mismanagement. The international community has said it will only help the small nation’s government once it implements wide reforms and tackles widespread corruption.

Francis referred to the problems in remarks to Mikati and the Lebanese delegation and assured them of his prayers and efforts “to build a common effort to help Lebanon get back up” on its feet.

Francis referred to a Biblical passage in which Jesus takes the hand of a young girl on her deathbed and says, “Get up!”

“May God take Lebanon by the hand and tell it: ‘Get up!'” the Vatican quoted Francis as saying.

In Mikati’s meeting with the Vatican secretary of state, the talks concerned the hope that “justice, necessary reforms and the support of the international community help to resolve the problems,” a Vatican statement said.

Mikati’s government, which was formed on Sept. 10, has been paralyzed for weeks — unable to meet because of deep divisions over the investigation into the port blast and a diplomatic dispute with the Gulf Arab states.

Meanwhile, the Lebanese pound has continued to slide, hitting new lows this week amid staggering inflation and soaring poverty. Lebanon’s spiraling financial crisis started in late 2019 and has rapidly worsened, compounded by the port blast and pandemic.

According to Mikati’s office, the pope “expressed his concern about the social situation in Lebanon and the economic conditions under which the Lebanese are living.” The office said Francis praised Miktati’s willingness and courage to do the job despite knowing of the problems.

Mikati’s office said the pope told him the Vatican would “make efforts to support Lebanon in international forums” and stressed the need for Lebanon to maintain good relations with Arab neighbors and the international community.

Mikati’s government hasn’t met since mid-October after Hezbollah-backed ministers called for the removal of the lead investigator into the blast and threatened to boycott Cabinet meetings until their demands are met, leading to the current paralysis.

Zeina Karam contributed to this report from Beirut.