Possibility NYC schools may go back to virtual learning 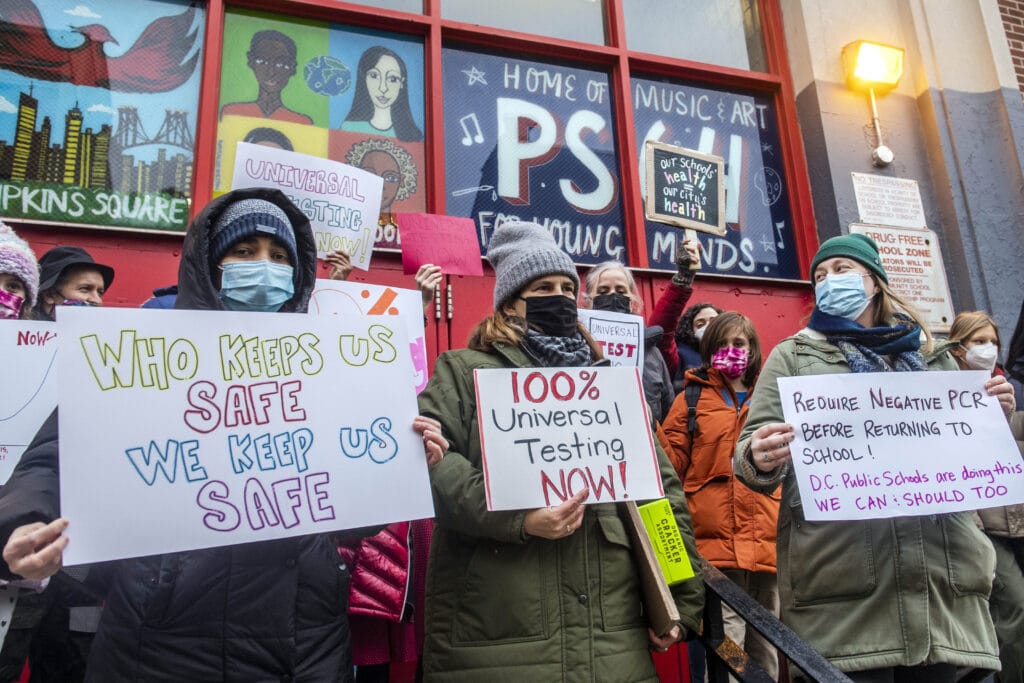 The new mayor of New York City may reverse his pledge last week that he would not revert to virtual learning for children. Eric Adams said he is reconsidering in part due to the large number of children not showing up to school. The Associated Press has the story:

NEW YORK (AP) — New York City Mayor Eric Adams is considering allowing the nation’s largest school district to return to some form of virtual instruction as the city weathers a wave of coronavirus cases, a reversal from his pledge a week ago to keep children in schools.

Adams said at a news conference Thursday that he still believes the safest place for children to be is in school, “but we do have to be honest that there’s a substantial number of children, for whatever reason, parents are not bringing them to school.”

Attendance levels since students returned from winter break have been lower than usual, with anywhere from one-quarter to one-third of students not showing up to class most days. As of Wednesday, attendance district-wide was 76%, according to city Department of Education numbers. In a district of nearly a million students, that means about 220,000 were either out sick or otherwise missing school.

More than 100 schools reported attendance of less than 60%, and more than 50 reported less than half of all students attending class Wednesday.

After peaking the first week in January, the average number of new cases in New York City has declined slightly in recent days, raising some hopes among officials that the omicron tide is ebbing.

Adams, a Democrat who took office on the first of the year, has taken a bullish stance on the pandemic, urging New Yorkers to take precautions and get vaccinated but not to let COVID-19 control their lives. He also repeatedly said the city cannot afford more shutdowns of businesses or schools.

Michael Mulgrew, the president of the United Federation of Teachers union representing the city’s public school teachers, had asked the mayor to postpone in-person learning as Adams took office.

Adams said Thursday that he’s been working closely with Mulgrew and has been willing to entertain temporary remote learning so long as it was a “quality option.”

“But my goal: I want children in school,” Adams said.

The mayor stressed that the city would not see a dispute like that in Chicago, where the nation’s third-largest school district canceled five days of classes because of a disagreement with the teachers’ union over COVID-19 safety protocols.

“This is not Chicago,” Adams said. “We can resolve this. We can get through these crises and we will find the right way to educate our children in a very safe environment.”

He did not offer details about what a remote option might look like. Messages left with the teachers union and the city’s Department of Education were not immediately returned.

The city’s school system was one of the first to return to in-person instruction after the pandemic hit in 2020 and schools closed in March for the rest of the year. They started a hybrid plan in the fall of 2020, with most students inside school a few days a week and at home learning online the rest of the time.