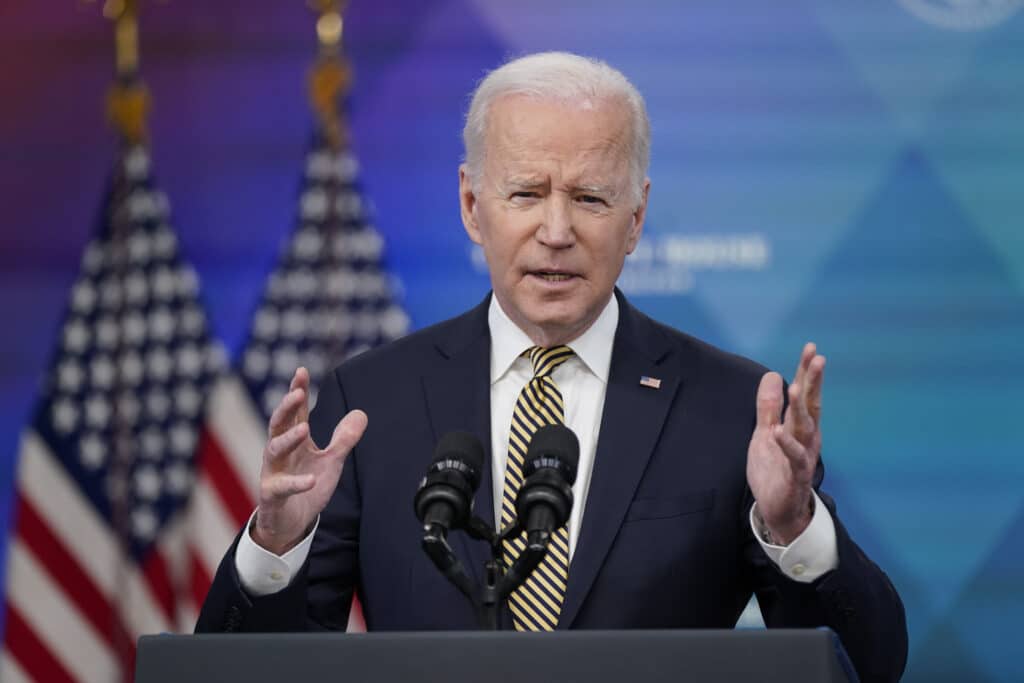 On the twenty-fourth of February, The Russian army invaded Ukraine.  The specific reasons for this are ill-defined.  Some US politicians and military leaders believe that President Putin is trying to recreate the borders of the Soviet empire before he exits the international stage.  Others believe that he is preempting any entry into NATO by Ukraine.  Still others (mostly US Senators from small, southern states), see no need to think too deeply (ever) or to ascribe a reason to the Russian geopolitical goals and heinous actions in pursuit of those goals other than chortling “Putin’s a bad man, yuck yuck yuck.”

President Biden has failed to answer this lawless aggression with a coherent response.  His inability to articulate a plan and to define success is problematic for US international relations.  The United States’ ability to deal with China, Saudi Arabia, the UAE and an assortment of smaller issues and states is impaired by President Biden’s indecision and lack of planning.

This indecision might be rooted in a desire to de-emphasize the focus that might fall on the great wealth his family and the families of other Washington elites have pulled from the utterly corrupt Ukrainian regimes over the past couple of decades.  Maybe he wants to de-emphasize scrutiny of the US funded bio labs operating there and the work that they are doing there.  (Legitimate or not, the number and scope of these labs now imperiled in war zones is both surprising and worrisome).  Maybe he worries about Ukrainian intelligence spilling some secrets about US intelligence involvement in all manner of embarrassing things.  Nevertheless, President Biden’s weakness and vacillation has emboldened President Putin and has amplified the reach of his lawless invasion.

While United States will be sending treasure, weapons and international influence, as of now, no American blood will be spilled.  However, if some of the NEOCON voices get much louder, we will be drawn into that war by inches most probably starting with a no-fly zone and Biden will have “success” defined for him.

Working hand in hand with the NEOCONs are the legacy media and the tech giants.  These ultimate opinion makers are bolstering their view that we should be in fighting Ukraine by degrading, blocking and outrightly removing from their platforms any meaningful dissent.  The great yellow journalist himself, Mr. William Randolph Hearst would be proud . . . “You provide the pictures and I’ll provide the war.”

Take, for instance, the shifting narrative about the time it is taking the Russian forces to finish their deadly work.  A few amateur opinions bolstered by Ukrainian propaganda and blared across the media would have the passive viewer believe that the Russian army is on the verge of mutiny and/or collapse.  Idiotic.  Competent military experts (few in number out of fear of being cancelled) have more accurately observed that the Russian objective has always been the Ukrainian forces, not occupation of Ukraine.

Those Ukrainian forces are surrounded and being starved of necessities to continue the fight.  To quote Prince Aleksandr V. Suvorov, Count of Rymnik, Russian general (the Russian “last word” in military affairs), “When the enemy is driven back, we have failed, and when he is cut off, encircled and dispersed, we have succeeded.”

It seems far more likely that the Russian forces have pursued this age-old Russian military objective rather than taking on civilians in pointless fighting in village after village as the narrative makers in the US require that they do to claim success.

Further perplexing is the UN resolution overwhelmingly passed against the Russian invasion.  It was a perfect opportunity to state what we will accept as success in this matter and to lay out a path to that success.  It didn’t.  It was voted against by the Russians, abstained by the Chinese and a few others and overwhelmingly approved by the rest of the world (Morocco diplomatically refusing to vote at all).  It was a non-binding resolution.  Mere words.  Then came the sanctions to punish the wealthy and enablers of President Putin in Russia.  Maybe these sanctions will matter in time but they do not seem to have much mattered so far.  In response, Russia has reversed the flow of oil and gas to Western Europe.  Probably a bigger punch than seizing some bank accounts and super yachts.  Time will tell.

President Putin has stated what Russia wants.  For better or worse, he has defined his version of success.  President Biden has yet to define our measure of success and likely never will.  Without that baseline guiding our actions, we will be reactive at best – being forced to play the game on President Putin’s terms.  We need leadership from 1600 Pennsylvania Avenue not the howling of NEOCONs, the tech giants and legacy media who want war as an end in itself and do not seem to care about articulating a greater goal for which a war might be necessary.