President Xi’s Not So Heavenly Kingdom 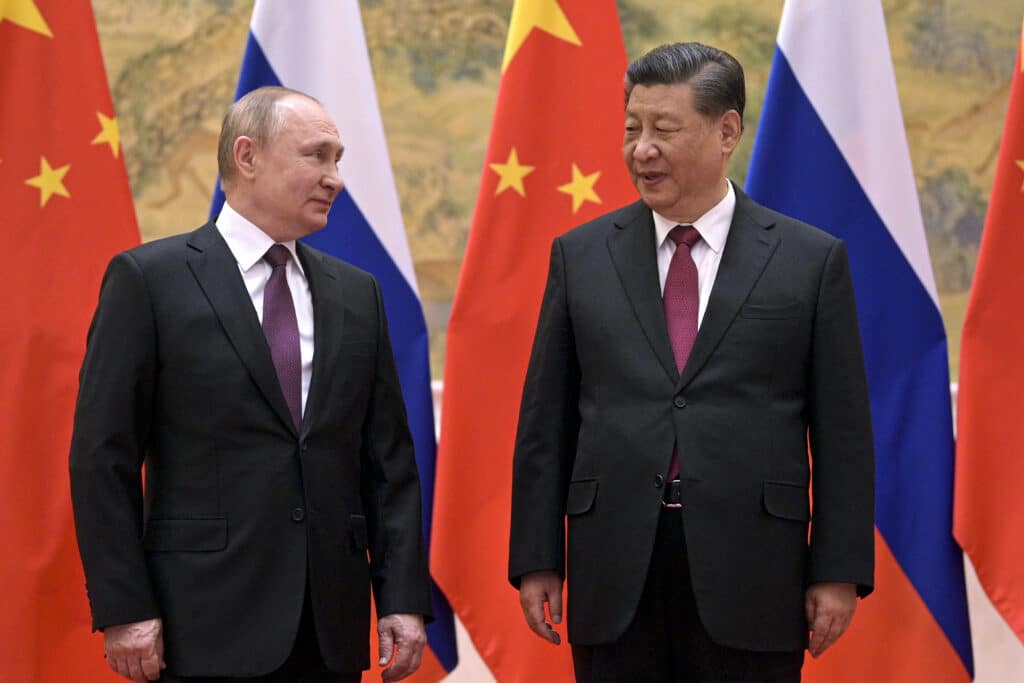 President Xi’s Not So Heavenly Kingdom

Even before the absolutely illegal and sickeningly barbaric invasion of the sovereign state of Ukraine by the Russian Federation, President Xi Jinping of the People’s Republic of China as well as his predecessors have done their utmost to crank up their country’s excessively ambitious territorial demands vis-a-vis their neighbors.  Accordingly, waving the red flag of “Socialism with Chinese Characteristics,” President Xi has indulged himself in gross historical falsifications and the threat of nuclear Armageddon, if his vision of China’s civilizational superiority and great power status are not accepted unconditionally by the rest of the world.  This outlandish behavior, combined with President Putin’s increasingly insane demeanor, requires an uncompromising and firm resolve of the world community.

Most importantly, the world in general and the United States of America as well as its allies in particular must internalize the lessons from not preempting President Putin’ war on Ukraine.  Mindlessly rushing to Moscow and trying to dissuade him from taking a violent course of action without a clear strategy of absolute deterrence, including the credible threat of indirect military intervention on behalf of Ukraine by NATO, was doomed to abysmal failure from the beginning.  Courting President Putin only gave the appearance both domestically as well as internationally that he is on the right side of history, namely, that his fallacious grievances and blatant lies about the internal conditions in Ukraine are well justified.  Moreover, begging him to change his mind and to be rational only projected the West’s predicted Marxian softness and decadence vis-a-vis the overwhelmingly mighty Russian Despot.  In reality, however, Putin’s despotism is a weak political construct.  In its core, it is woefully incompetent and irredeemably corrupt.  Regrettably, the same mistakes are being committed in the West’s dealings with President Xi’s politically equally incompetent and economically precariously corrupt People’s Republic of China.

As Russia’s illegitimate war against Ukraine has stalled and President Putin’s badly trained military is reduced to barbaric terrorism against civilians, President Xi’s excessively praised military is also weaker by degrees from its official presentations by the self-serving narratives of the Chinese Communist Party bureaucrats.  An effective military cannot be created, let alone maintained, unless its fundamental principles are rooted in the political, economic and moral stability of the government.  Since the People’s Republic of China’s political system has been based on the despotic reign of a succession of ruthless manipulators, oppression has always been an instrument of power that has been unleashed uncontrollably rather than moderated by reason.  In this context, President Xi, like Mao Zedong, abhors proven political and cultural principles of the pre-Communist era and has only used them for the sake of deception.  Accordingly, neither of them has been a realist – they both have been illusionary visionaries.  For men like these, nothing is more annoying than realists who try, albeit mostly unsuccessfully, to curb them.

The results have been political leaders who are no longer pragmatists, namely, politically sane individuals.  In this manner, their underlings are nothing but useful idiots who have been tasked with fortifying the unrealistic illusionary visions of their Leader de jour.  Thus, the Chinese military mess has always been closely related to the regime’s manifold problems.  While Mao’s ragged “people’s army” has destroyed the existing as well as the old regimes and superimposed on their ruins the “Dictatorship of the Peasants and Workers,” it was incapable of establishing a stable and peaceful administration to replace them.  The product of all these vague aspirations and unrealistic visions is the Chinese People’s Liberation Army.

Because of its badly defined functions within the Chinese version of Asiatic despotism, the People’s Liberation Army has been more a tool of domestic power struggle and oppression than a military designed to carry out offensive objectives.  When it did in 1969 in the Sino-Soviet border war, against Vietnam in 1979 in response to Vietnam’s military actions against the rule of the Chinese-backed Khmer Rouge, and the ongoing China-India border hostilities in Pangong Lake, in Ladakh as well as the Tibet Autonomous Region between 2020-2022, the Chinese military has done rather poorly.  Its ranks filled with the male products of Mao’s “one child policy,” those pampered boys’ mental strength and physical endurance could not match the discipline of their enemies.

The common denominator in Presidents Putin’s and  Xi’s policies is the desire to destroy the present order of the world in the belief that their successive creation would be better and more equitable.  Yet, by now it is abundantly clear that Russia has remained as backward as it has been for centuries and China’s economy has been in steady decline since 2013, when President Xi first ascended to the pinnacle of political and military power.  The case in point is Mr. Liu Ho’s recent desperate plea to foreign investors to stay with their Chinese investments, because there is nothing wrong with the Chinese economy.  Mr. Liu, who is the most influential economic advisor to President Xi, has promised major government actions to stimulate the economy to perform better.  However, a large dose of skepticism is in order.  The structural miseries of the Chinese command economy could only be solved by opening up the political system and by allowing both domestic and foreign businesses to operate under legally transparent conditions – without political pressures and the systematic as well as institutionalized Chinese corruption. Russia’s war on Ukraine has not been born out of the belligerence of NATO or the “Fascist” and “Genocidal” nature of President Kerensky’s administration.  It has been born – like all the previous wars of Imperial Russia and the Soviet Union – of the political, economic, financial, cultural and moral disorder which this troubled country has been subjected to from its very inception in the middle of the 16th century.  The Chinese state in its present reincarnation is not different from President Putin’s self-engineered internal chaos and coming international catastrophe.  The fate of Hong Kong, the future of Taiwan, the completely illegal expansion of China in the South China Sea and beyond and the ubiquitous corruption accompanying China’s expansion across the globe, should be sufficient reasons to establish an uncompromising strategy against its wholesale attempts at global destruction.  If the anti-Russian and anti-Chinese coalitions remain strong, the world will be saved again from the monsters of evil despotism.