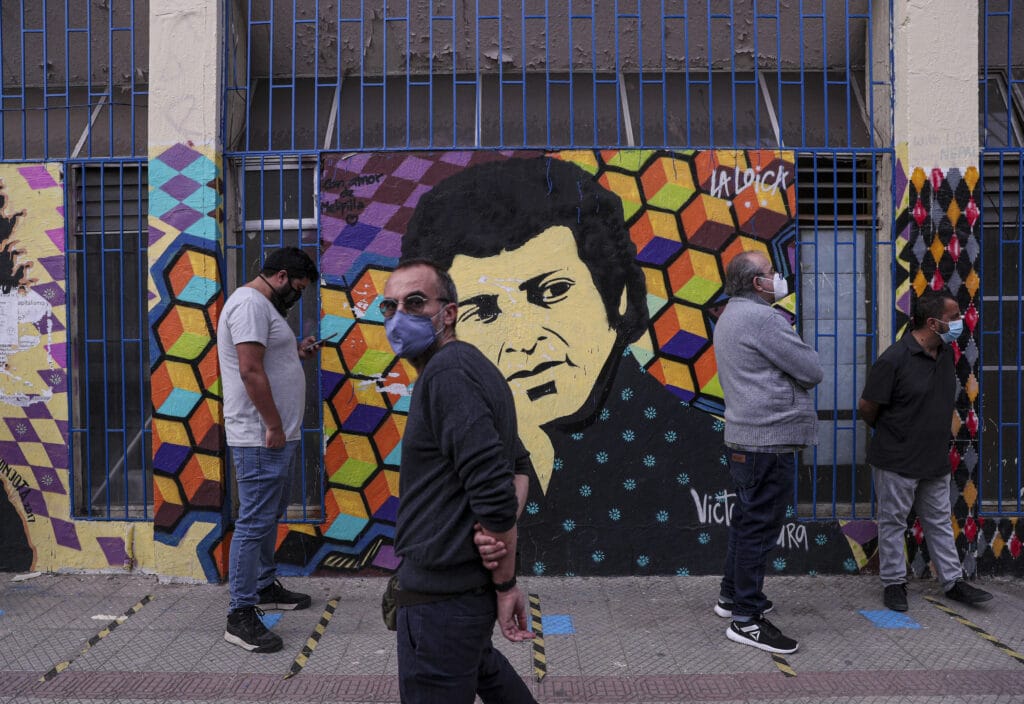 The soldiers who kidnapped, tortured and murdered Chilean folk singer Víctor Jara in 1973 after Gen. Augusto Pinochet violently took power will not be getting out of prison anytime soon. A Chilean court just increased their sentences to as long as 25 years. The Associated Press has the story:

SANTIAGO, Chile (AP) — A Chilean court on Tuesday increased the prison sentence for six former soldiers convicted in one of the most notorious killings by the former military dictatorship — the kidnapping, torture and murder of folk singer Víctor Jara— as well as that of a government official.

The Court of Appeals said the six should spent 25 years in prison rather than the 18-year sentence imposed when they were convicted in 2018. A seventh veteran had his sentence increased to eight years from five.

Jara, a highly popular singer and university professor, was a fervent supporter of Marxist President Salvador Allende and he was seized only hours after Gen. Augusto Pinochet assaulted the presidential palace and overthrew Allende on Sept. 11, 1973.

Jara was taken to what was then the national stadium along with thousands of other prisoners. His hands and head were beaten and he was shot with at least 44 bullets as a warning to those who might challenge Pinochet’s authority.

The case also involved Allende’s prisons chief Littré Quiroga. who also was tortured and killed at the stadium, apparently because of alleged mistreatment of an officer who had earlier attempted a coup.

The appeals court said the original judges had mistakenly classified the crimes as less serious than they were. It said the treatment of the victims was “demonstrative of the mindlessness and visceral hatred” aroused against them.

“This ruling is important as well because it now definitively overcomes the impunity that was shown toward these crimes for so many years,” said Nelson Caucoto, attorney for Jara’s family.

The court said that while under arrest, Jara was seen “visibly deteriorated, physically and mentally, with his face swollen with innumerable bruises, hands bloodied and deformed, the fingers evidently were broken or fractured.”

In all, the judges said, Jara had 56 bone fractures in addition to the 44 bullet wounds. Quiroga had been shot 23 times.

The bodies of the two men were dumped on a dusty street near the Metropolitan Cemetery and were later taken to the morgue, where someone recognized Jara and secretly informed his wife, the British dancer Joan Turner Jara.

The family managed to have his body exhumed for an autopsy in 2009.

The stadium where Jara was killed has since been renamed in his honor.