Prisoner swaps talks between the U.S. and Iran 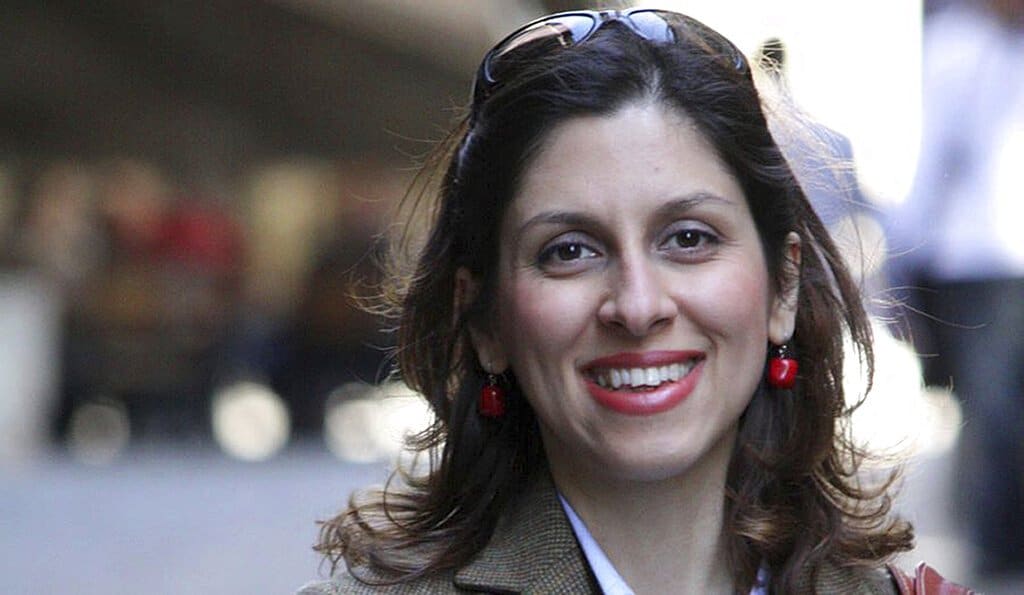 Prisoner swaps talks between the U.S. and Iran

WASHINGTON (AP) — The United States and Iran are in active talks over the release of prisoners, a person familiar with the discussions said Sunday as Washington denied a report by Iranian state-run television that deals had been struck.

Prisoner swaps between the U.S. and Iran are not uncommon and both countries in recent years have routinely sought the release of detainees. But any movement between the two countries is particularly sensitive as the Biden administration looks to restart nuclear talks. A 2015 atomic accord between the nations included prisoner exchanges.

The issue burst into public view with a report in Iran of a deal for the Islamic Republic to release U.S. and British prisoners in exchange for Tehran receiving billions of dollars. U.S. officials immediately denied the report, though a person with knowledge of the discussions who was not authorized to discuss them publicly said talks are active, with messages passed between intermediaries.

It wasn’t immediately clear if the report represented a move by the hard-liners running the Iranian broadcaster to disrupt negotiations with the West amid talks in Vienna on Tehran’s tattered nuclear deal.

Even after an initial American denial, an anchorwoman on Iranian state TV still repeated the announcement.

“Some sources say four Iranian prisoners are to be released and $7 billion are to be received by Iran in exchange for releasing four American spies,” the anchorwoman said. She described the claimed deal as coming due to congressional pressure on President Joe Biden and “his urgent need to show progress made in the Iran case.”

But Iran’s ambassador to the United Nations, Majid Takht-e Ravanchi, later denied the report of the prisoner swap, saying that it’s “not confirmed,” according to the Telegram channel of state-run IRNA news agency.

“Iran has always emphasized the comprehensive exchange of prisoners between the two countries,” he said, without elaborating.

State TV did not identify the Iranians that Tehran sought to be freed.

“Reports that a prisoner swap deal has been reached are not true,” Price said. “As we have said, we always raise the cases of Americans detained or missing in Iran. We will not stop until we are able to reunite them with their families.”

Biden’s chief of staff Ron Klain told CBS’ “Face the Nation” that “unfortunately, that report is untrue. There is no agreement to release these four Americans.”

“We’re working very hard to get them released,” Klain said. “We raise this with Iran and our interlocutors all the time, but so far there’s no agreement.”

Despite the American denials, there have been signs that a deal on prisoners may be in the works based on Iranian officials’ remarks in recent weeks.

Although no formal proposal for a swap has yet been presented to officials in Washington, let alone been signed off on by the White House, the specificity of the reports from Iran suggested that working-level consideration of a deal is at least underway.

Deal had been reached for Nazanin Zaghari-Ratcliffe.

State TV also quoted sources as saying a deal had been reached for the United Kingdom to pay 400 million pounds ($552 million) to see the release of British-Iranian woman Nazanin Zaghari-Ratcliffe.

British officials played down the report. The Foreign Office said the country continues “to explore options to resolve this 40-year-old case and we will not comment further as legal discussions are ongoing.’’

Aside from Zaghari-Ratcliffe’s case, the U.K. and Iran also are negotiating a British debt to Tehran from before the 1979 Islamic Revolution.

Last week, Zaghari-Ratcliffe was sentenced to an additional year in prison, her lawyer said, on charges of spreading “propaganda against the system” for participating in a protest in front of the Iranian Embassy in London in 2009.

That came after she completed a five-year prison sentence in the Islamic Republic after being convicted of plotting the overthrow of Iran’s government, a charge that she, her supporters and rights groups deny.

While employed at the Thomson Reuters Foundation, the charitable arm of the news agency, she was taken into custody at the Tehran airport in April 2016 as she was returning home to Britain after visiting family.

Richard Ratcliffe, the husband of Zaghari-Ratcliffe, told The Associated Press he was not aware of any swap in the works.

“We haven’t heard anything,” he said. “Of course, we probably wouldn’t, but my instinct is to be skeptical at present.”

Earlier Sunday, U.K. Foreign Secretary Dominic Raab told the BBC that he believed Zaghari-Ratcliffe was being held “unlawfully” by Iran.

“I think she’s been treated in the most abusive, tortuous way,” Raab said. “I think it amounts to torture the way she’s been treated and there is a very clear, unequivocal obligation on the Iranians to release her and all of those who are being held as leverage immediately and without condition.”

The announcement by state TV comes amid a wider power struggle between hard-liners and the relatively moderate government of Iranian President Hassan Rouhani. That conflict only has grown sharper as Iran approaches its June 18 presidential election.

Iranian Foreign Minister Mohammad Javad Zarif, who pushed for the 2015 nuclear deal under Rouhani, has seen himself embroiled in a scandal over frank comments he made in a leaked recording. Zarif’s name has been floated as a possible candidate in the election, something that now seems unlikely as even Iran’s supreme leader has apparently criticized him.

Tehran is now negotiating with world powers over both it and the U.S. returning to the nuclear deal, which saw it limit its uranium enrichment in exchange for the lifting of economic sanctions. Iran has not held direct negotiations with the U.S. during the talks, however.

“I don’t know who the ‘informed source’ of Press TV in Vienna is, but s/he is certainly not ‘informed,’” Araghchi wrote.