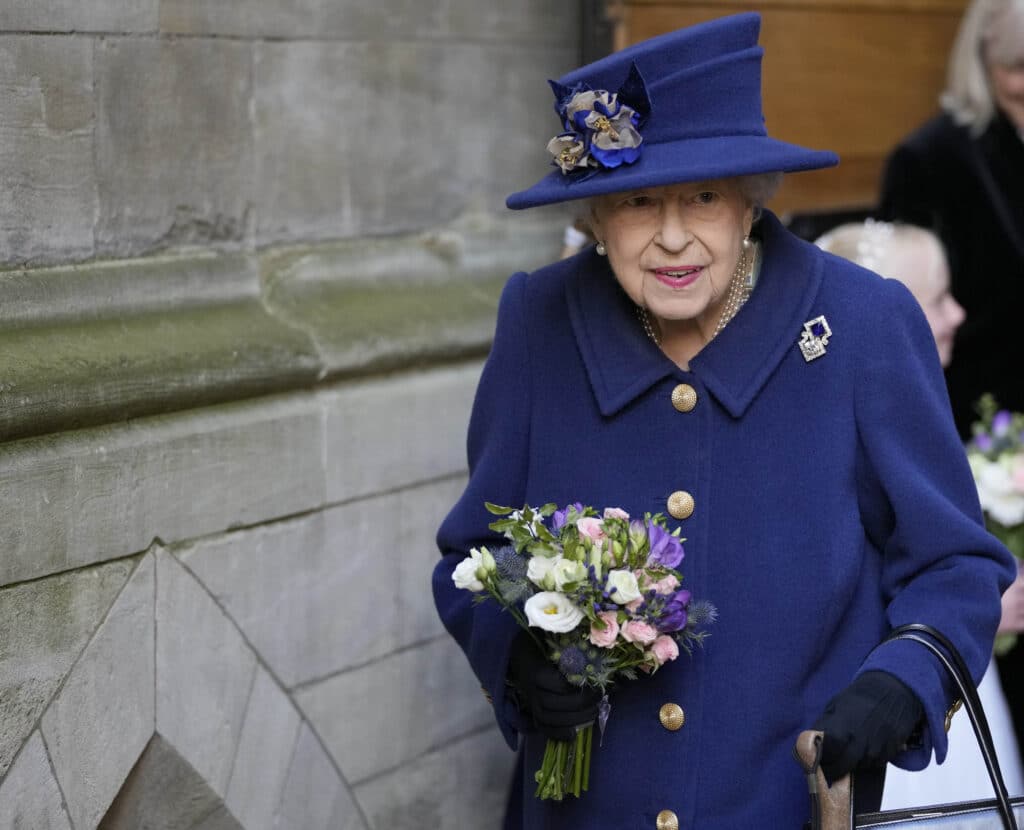 Afterall, the Queen is 95 years old and using a cane at that age is hardly news, but when you are one of the worlds most popular symbols, anything you do becomes news. The queen’s daughter, Princess Anne, handed her the cane after they both stepped out of a limousine for the service in central London.

LONDON (AP) — Queen Elizabeth II was seen using a walking stick at a major public event for the first time Tuesday, when she attended a Westminster Abbey service marking the centenary of the Royal British Legion, an armed forces charity.

The 95-year-old monarch was photographed using a cane 2003, although that was after she underwent knee surgery.

The queen’s daughter, Princess Anne, handed her the mobility device after they both stepped out of a limousine for the service in central London. The queen, who wore a royal blue wool coat with a matching hat, smiled and appeared to move freely as she walked to her seat in the church.

She entered the abbey through the Poet’s Yard entrance instead of the customary Great West Door. Buckingham Palace declined to comment.

The queen and Anne joined a congregation that included serving military personnel, veterans and their families from the U.K. and Commonwealth countries.

The service highlighted the work of the Royal British Legion, which was founded in 1921 to care for service members and their families after World War I.