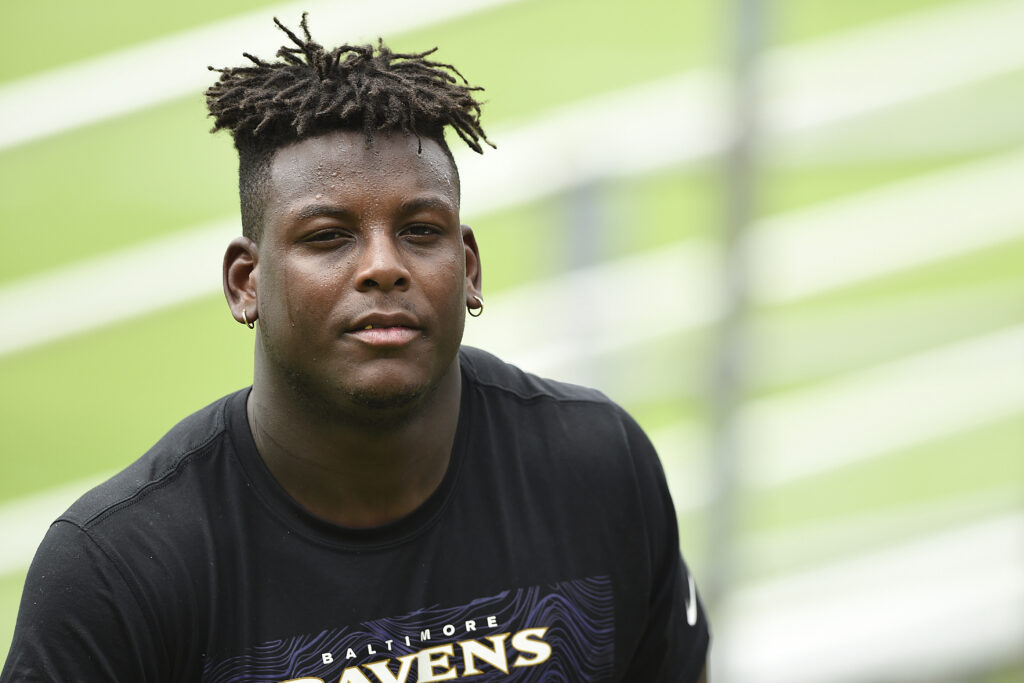 Baltimore Ravens linebacker Jaylon Ferguson has died at age 26, and police said the cause of death is still to be determined. Ferguson was drafted by the Ravens in the third round in 2019 and played in 38 games as a pro with 4 1/2 sacks. As reported by the AP:

Ferguson, nicknamed “Sack Daddy,” played three NFL seasons, all with Baltimore. He set the career sacks record in the college Football Bowl Subdivision (45) when he played at Louisiana Tech.

“On June 21, 2022, at approximately 11:25 p.m., Northern District patrol officers responded to a home in the 400 block of Ilchester Avenue for a report of a questionable death,” Baltimore police said. “Once there, officers located 26-year-old Jaylon Ferguson, unresponsive, being treated by medics. Ferguson never regained consciousness and was pronounced dead on the scene by medics. No signs of trauma was found, or foul play suspected at this time.”

“We are profoundly saddened by the tragic passing of Jaylon Ferguson,” the Ravens said in a statement. “He was a kind, respectful young man with a big smile and infectious personality. We express our heartfelt condolences to Jaylon’s family and friends as we mourn a life lost much too soon.”

Ferguson was a third-team AP All-American in 2018.

“The LA Tech Family mourns this morning’s tragic news of the sudden death of former Bulldog great, Jaylon Ferguson,” the Louisiana Tech football program tweeted. “We will remember his God-given talents on the field and his infectious personality off of it. Our thoughts and prayers are with his family and friends.”